We can usually expect Great Lakes’ water temperatures to mimic the summer air temperatures. This is mostly true this summer, except for Lake Superior. 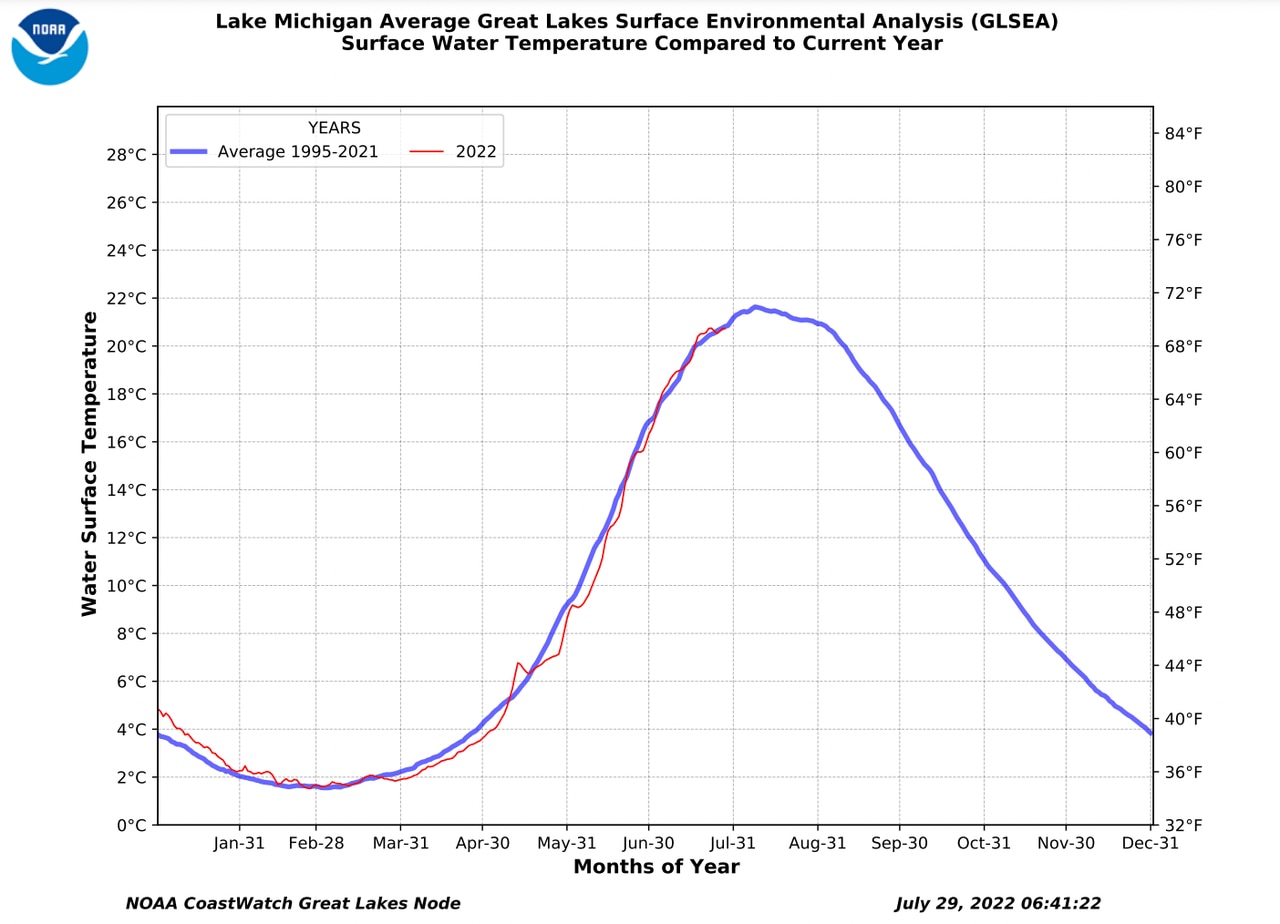 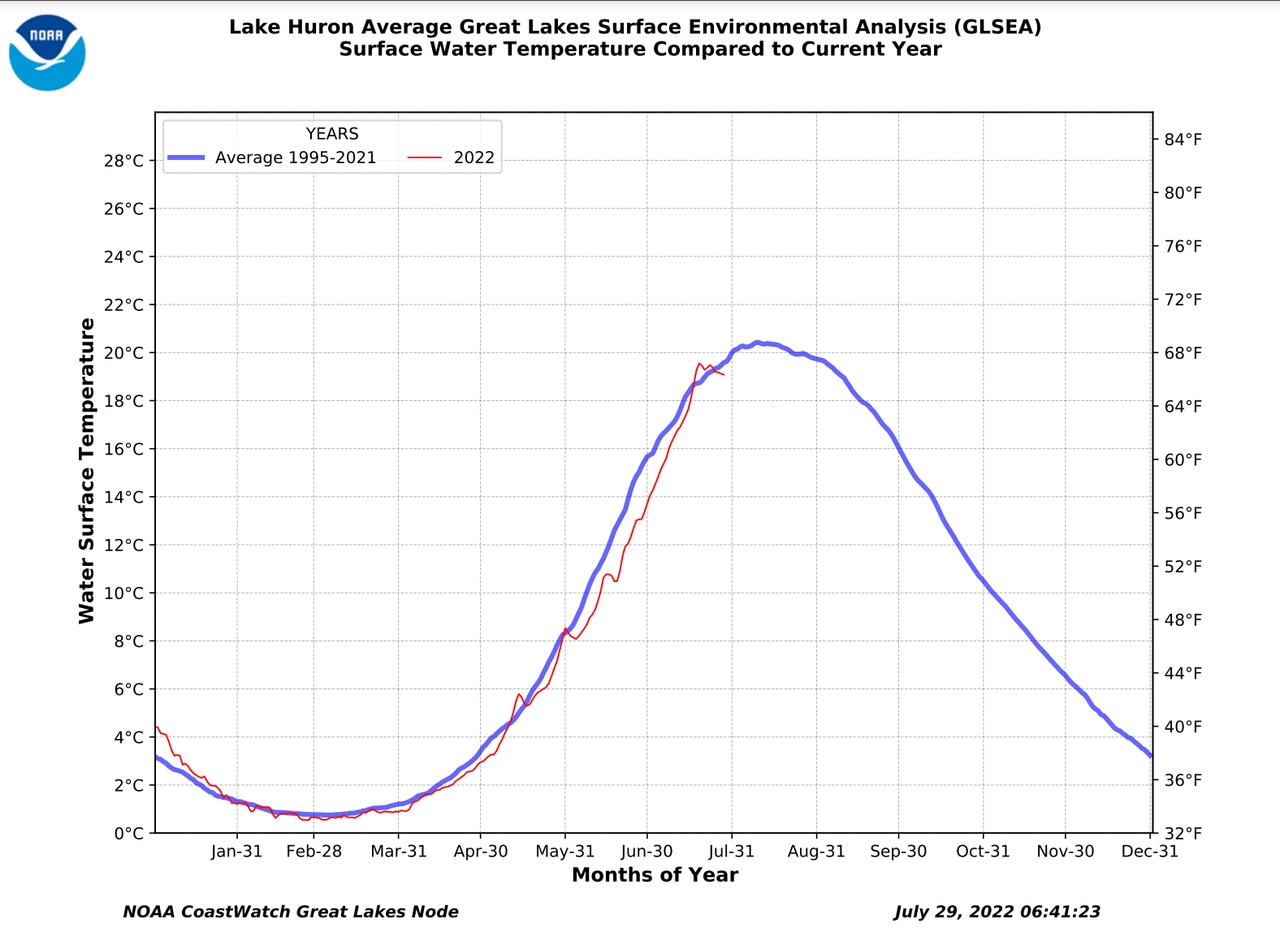 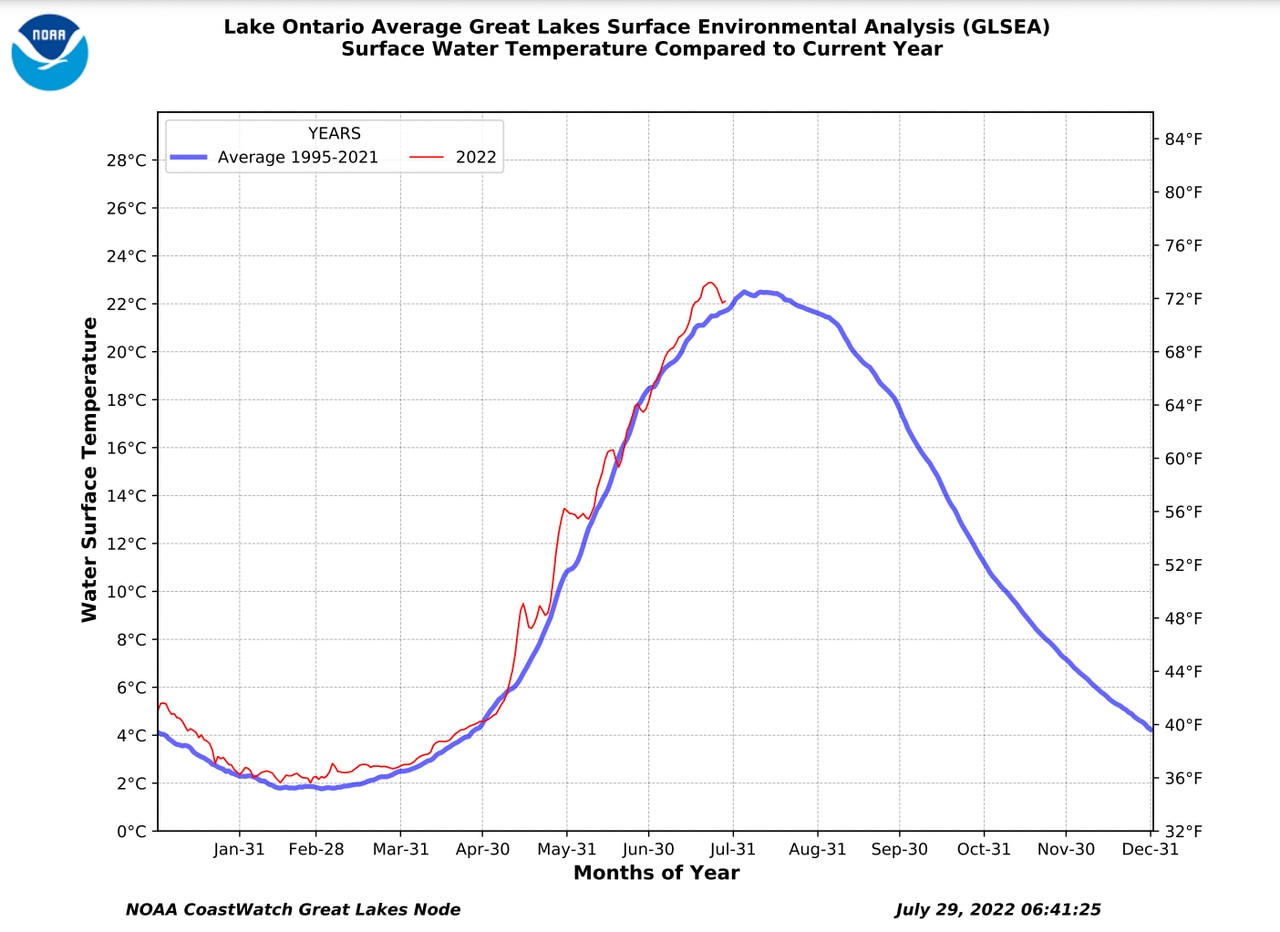 So it’s no surprise that summer temperatures so far are just a few tenths of a degree warmer than normal. 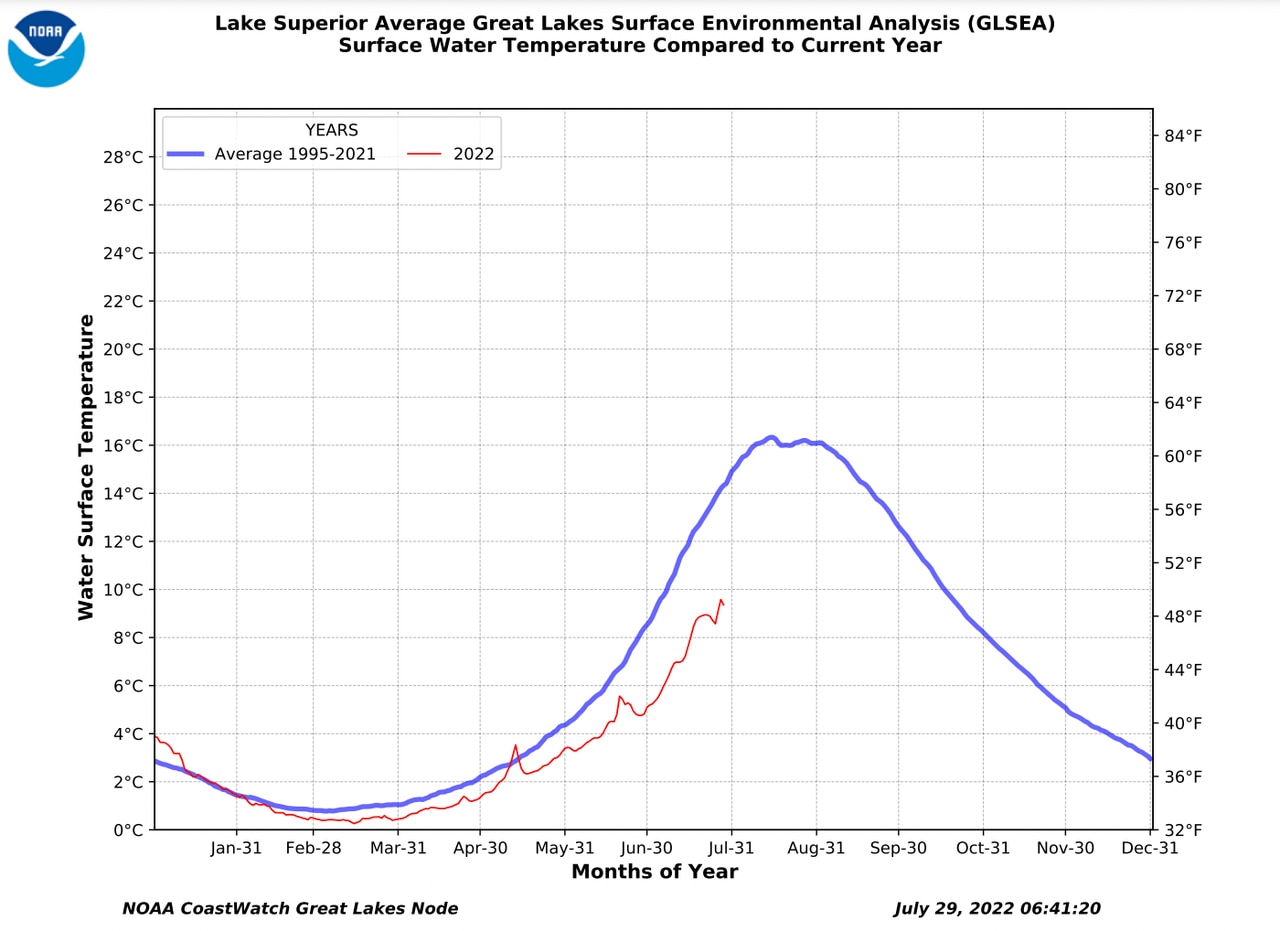 The next two weeks will be very interesting to watch Great Lakes’ water temperatures. We have some hot days on the way. We should see Lake Michigan, in the heart of the heat, warm dramatically. Lake Superior should warm a lot and maybe get to near average water temperatures. Lakes Huron, Erie, and Ontario will be just outside the extreme heat, but still warm above normal.