Summer solstice 2022: 1st day of summer, longest day of the year — what to know Photo: A girl wearing traditional Ukrainian clothes dances near a fire during the summer solstice celebrations in Pyrohiv, near Kyiv, on July 6, 2021. (Photo by SERGEI SUPINSKY/AFP via Getty Images)

While the temperatures may already feel like summer, the official start of the season begins on Tuesday in the Northern Hemisphere — an event known as the summer solstice.

During the June solstice, the sun travels along its northernmost path in the sky for the northern half of the globe, which results in the longest day and shortest night of the calendar year.

Here is everything to know about the summer solstice 2022, including at what time it occurs:

The June solstice marks the official beginning of summer in the Northern Hemisphere. As the Farmer’s Almanac explains, it occurs when Earth arrives at the point in its orbit where the North Pole is at its maximum tilt — about 23.5 degrees — toward the sun.

The word "solstice" comes from the Latin word "solstitium" — and from "sol" (Sun) and "stitium" (still or stopped), according to the periodical. The sun doesn’t rise and set at the same locations on the horizon each day due to Earth’s tilted axis. Its rise and set positions move northward or southward in the sky as our planet travels around the sun throughout the year.

"The June solstice is significant because the Sun reaches its northernmost point in the sky at this time, at which point the Sun’s path does not change for a brief period of time," the Farmer’s Almanac explains. 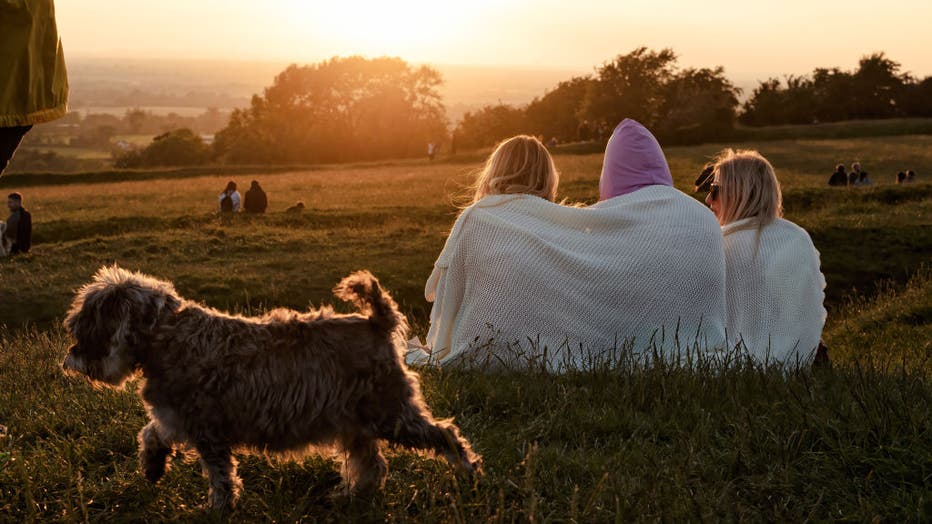 FILE IMAGE - Three women sitting and watching the sunset while a small dog walks by. Hundreds of people gathered in the Hill of Tara for the Summer Solstice of 2021. (Photo by Natalia Campos/SOPA Images/LightRocket via Getty Images)

What time is the summer solstice 2022?

In the Southern Hemisphere, the June solstice marks the beginning of winter.

The June solstice doesn’t always occur on the same day — currently shifting between June 20, 21, and 22. Its timing is based on when the sun reaches its northernmost point from the celestial equator.

Is the summer solstice the first day of summer?

Technically, there are two starts to summer: meteorological and astronomical.

Most meteorologists divide the year into four seasons based on the months and the temperature cycle, with summer beginning on June 1 and ending on August 31, the Farmer’s Almanac explains.

But astronomically, the first day of summer is considered to be when the sun reaches its highest point in the sky during the summer solstice (June 20–22).

Stonehenge and the summer solstice 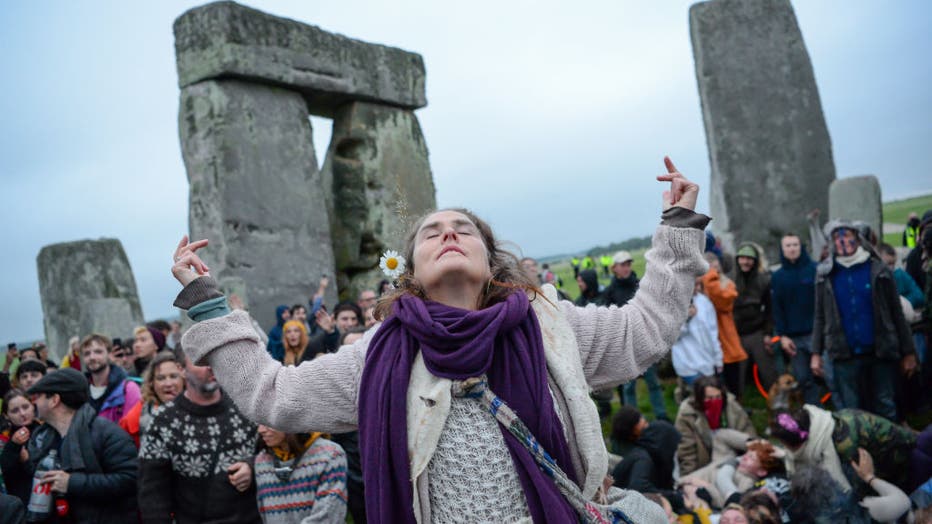 Some historians point to Stonehenge, an ancient monument in Wiltshire, England, as evidence that humans once used the June solstice as a way to organize their calendars and start counting the days of the year.

According to English Heritage, a charity organization that cares for over 400 historic buildings, monuments and sites, the sun rises at Stonehenge on the solstice behind the Heel Stone in the northeast part of the horizon and its first rays shine into the heart of Stonehenge.

"The sarsen stones, put up in at the center of the site in about 2500 BC, were carefully aligned to line up with the movements of the sun," English Heritage explained. "The whole layout of Stonehenge is therefore positioned in relation to the solstices, or the extreme limits of the sun’s movement."

How to celebrate the summer solstice, past rituals

In ancient times, the date of the June solstice was used to organize calendars and as a marker to figure out when to plant and harvest crops. Traditionally, this time of year was also popular for weddings, according to Time and Date.

In ancient Gaul, which encompasses modern-day France, the Feast of Epona was celebrated with bonfires to mark the solstice or midsummer (June 24 in 2022).

In ancient China, the summer solstice was observed to celebrate the Earth, femininity, and the "yin" forces.

The day also signifies a turning point during the year, when the days start getting shorter once again. The shift is associated with change, nature, and new beginnings, which is why many festivals and celebrations still occur on the day.

Meanwhile, in northern European countries like Sweden, Denmark, Norway and Finland, Midsummer is a festive and major celebration to mark the summer months.

"In the Baltic states, Estonia, Latvia, and Lithuania, Midsummer is an occasion to travel to the countryside and connect with nature. Many people light bonfires and stay up all night drinking, singing, and dancing," Time and Date wrote.

While thousands of people gather at Stonehenge for the occasion, parts of the U.S. also take part in the celebration with events focused on the theme of the summer solstice. In New York City, you can do yoga for free in Times Square in celebration. 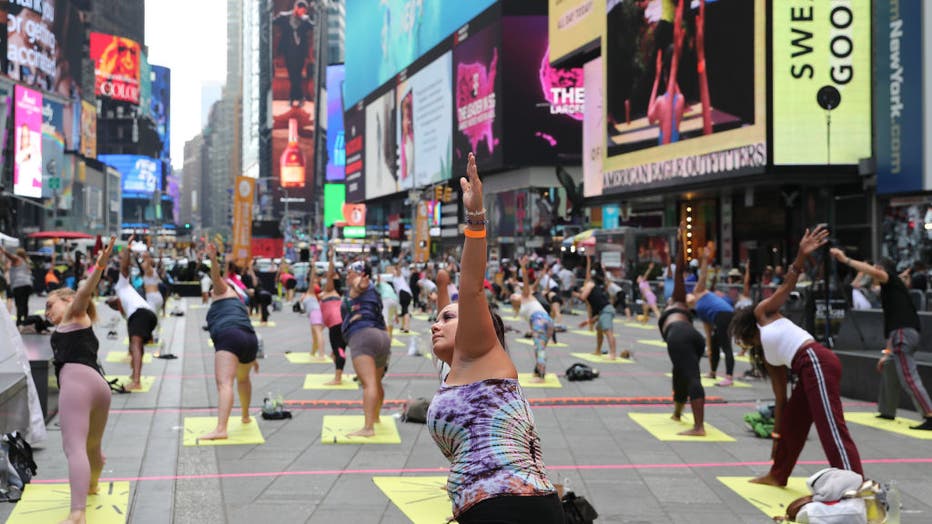 People practice yoga at Times Square, to welcome the summer solstice, the 12th of the 24 solar terms of a year, on June 20, 2021, in New York, United States. (Photo by Liao Pan/China News Service via Getty Images)

Sunset and sunrise will be live-streamed for free on English Heritage’s social media channels. You can watch both live on its Facebook page here.

To see the original report and read related stories, follow this link to the Fox 9 News website.