Commemorating the fire that changed the face of Grand Marais A scene of the fire in downtown Grand Marais on April 13, 2020.  Photo submitted by Paul and Karla Sundberg. 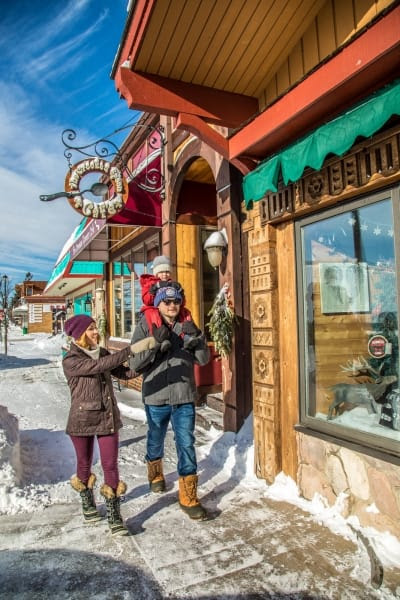 The White family in front of Crooked Spoon restuarant on happier days before the fire.  Photo:  Jaye White

It was Monday, April 13, 2020. The town of Grand Marais was several weeks into Stay at Home orders due to COVID-19. The downtown area was mostly empty. It was also the day after Easter, a holiday many had observed by picking up Easter Dinner from The Crooked Spoon Cafe located at 17 W Wisconsin Street. Little did the owners and staff of The Crooked Spoon know, this would be the last meal they’d serve in the restaurant. High winds combined with sparks from somewhere behind The Crooked Spoon Cafe started a fire around 1:30 PM. The fire caused the building to ignite and it burned quickly.

By 2 PM that afternoon, the Grand Marais Fire Department had been joined by the Maple Hill, Colvill, and Lutsen Fire Departments. The fire had spread to the roof of Picnic & Pine located next door to the Crooked Spoon Cafe. Firefighters fought hard to save the neighboring building throughout the afternoon. By 4 PM the call had gone out for an excavator to knock down White Pine North, located on the other side of the Crooked Spoon Cafe. This action prevented the fire from spreading to Sven and Ole’s Pizza and the rest of downtown Grand Marais. By 5 PM the fire was out, but the damage was done.

Picnic and Pine, The Crooked Spoon Cafe, and White Pine North were gone, along with the three historic buildings that housed them.

The buildings would sit in rubble over the next two months while the Fire Marshal determined the cause of the fire. While no official cause was ever announced, the Fire Marshal determined the cause was accidental. On June 12, clean-up began. Once it started, clean-up went fast. Within a day and a half, the pile of rubble was gone, replaced by three open lots. 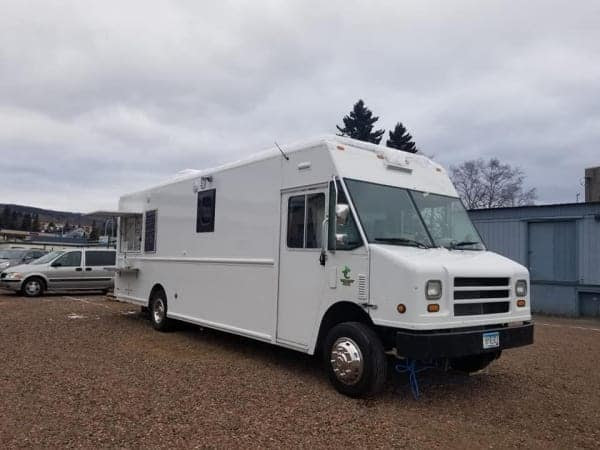 Today, almost one year later, the three buildings are just open lots in Grand Marais’ downtown area. Rebuilding hasn’t started, and may never, but that doesn’t mean all was lost!

In December, we brought you the news that the Crooked Spoon had returned in the form of a food truck. According to their Facebook Page, the owners Sarah and Nate Hingos plan to be open more often soon, serving their delicious meals out of the food truck on their lot.

During the summer months, Hoola hoops were placed on the empty lots. Adults and kids alike enjoyed the simple addition to the downtown area. Other plans of what could happen to the open lots continue to buzz around town. Only time will tell what will ultimately happen to the lots. But now, one year later, we are enjoying The Crooked Spoon Food Truck while looking forward to the future.

Remember: Be Fire Safe on the North Shore

In 2021 the North Shore is experiencing unusually dry conditions. Very little snowfall mixed with early snowmelt has resulted in high fire danger. Even with recent rainfalls, the fire danger in the area will likely remain moderate to high throughout the summer. Already, we’ve seen four fires burn parts of the forest along Highway 61 near Tettegouche State Park. It is thought these fires were caused by a backfiring vehicle. For that reason, we ask that everyone use safety around a fire. Even after rain, there may still be a fire danger in effect. It’s also not unusual for the area to be under a burn ban in the late spring/early summer months. Yes, this includes bonfires and beach fires! Always check the Minnesota DNR website for fire danger levels and burning restrictions before you start your bonfire.

You can read more of Jaye White's stories from the North Shore by following this link to the Cascade Vacation Rental's blog.  https://www.cascadevacationrentals.com/cascade-vacation-rentals-blog/
Local Life