The interior of the Writing Shack in 2015. All photos by Greg Seitz, Quetico Superior Wilderness News

“The Shack” joins Listening Point, the land and cabin west of Ely on Burntside Lake, which served as Olson’s retreat, on the list. Listening Point was added to the National Register in 2008. That wild, rocky, pine-studded property was where he found inspiration and rejuvenation, and escape from his many obligations — even from the demands of writing.

“The Shack” was where he wrote. Olson had a young family and a busy job when he and his wife Elizabeth bought the house on East Wilson St, in Ely Minnesota in 1934. His noisy boys and the demands on him as dean of the Ely Junior College made it hard to find enough time to go on canoe trips, or to write. But writing also seemed like the only way out of his predicament.

“I must have freedom above all else and writing is the only occupation that will give it to me,” Olson wrote in his journal around the time.

As Olson struggled to find his voice during the 1930s, mainstream magazines kept rejecting his work. He didn’t want to write cookie cutter adventure stories, and his efforts to do so were rejected. He wanted to write lyrical prose which retained the roughness of the Canadian Shield. His natural voice exhorted the primitive challenges of traveling by canoe and portage, while sharing the awesome rewards of exploring wild country.

That stye of writing eventually earned him acclaim and accolades, but his first book, The Singing Wilderness, wasn’t published until 1956. It took him years of work and persistence to achieve that, and much of it happened in the shack. 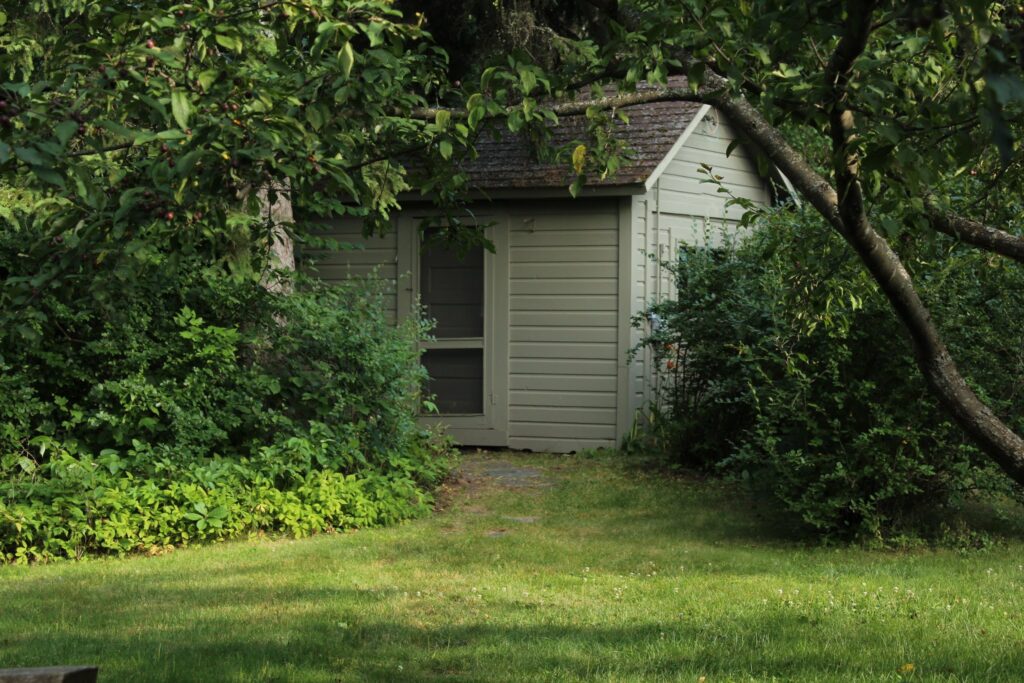 The Writing Shack is nestled among bushes and trees in a quiet corner of the Olsons’ former property. Photo: Greg Seitz

In 1937, Olson had decided that he must make a career of writing, partly because of the time it would afford him to explore the Boundary Waters and far beyond.

He doubled down on his ambitions and had the house’s garage moved across the property and converted into “The Shack.” It marked a turning point in his writing career and life.

“I will be much more tolerant of what goes on in the big house and much less irritable. . . . Here there is no chance for irritation, telephone calls, Bobby’s tooting, or anything else. Nothing will bother me out there. It is what I wanted for a long time. . . . I feel terribly selfish spending all of this, but the stake is worth the gamble and I think it was the right idea. At least now I will have no alibi. Now I will have to produce and with the set up out there as it is I do not see why I shouldn’t.”

The stake was apparently worth the gamble, because Olson ultimately wrote bestselling books in it over the years between the 1950s and 1970s. The Singing Wilderness sold more than 70,000 copies in hardcover. His work in the shack earned him the prestigious John Burroughs Medal for nature writing in 1974.

The shack is also where Olson wrote many letters to fellow wilderness activists, members of Congress, and other officials while he served as a leader in mid-20th century efforts to protect American wilderness.

In 2014, the Listening Point Foundation acquired Olson’s home in Ely, with the writing shack still on the property, almost exactly the way Olson had left it, when he walked out the door one afternoon in 1982 to snowshoe around his property, and suffered a fatal heart attack.

The Royal typewriter he used to write all his books, articles, and letters still sits on the desk. The last thing he wrote on it is still on the paper in the typewriter: “A New Adventure is coming up / and I’m sure it will be / A good one.” 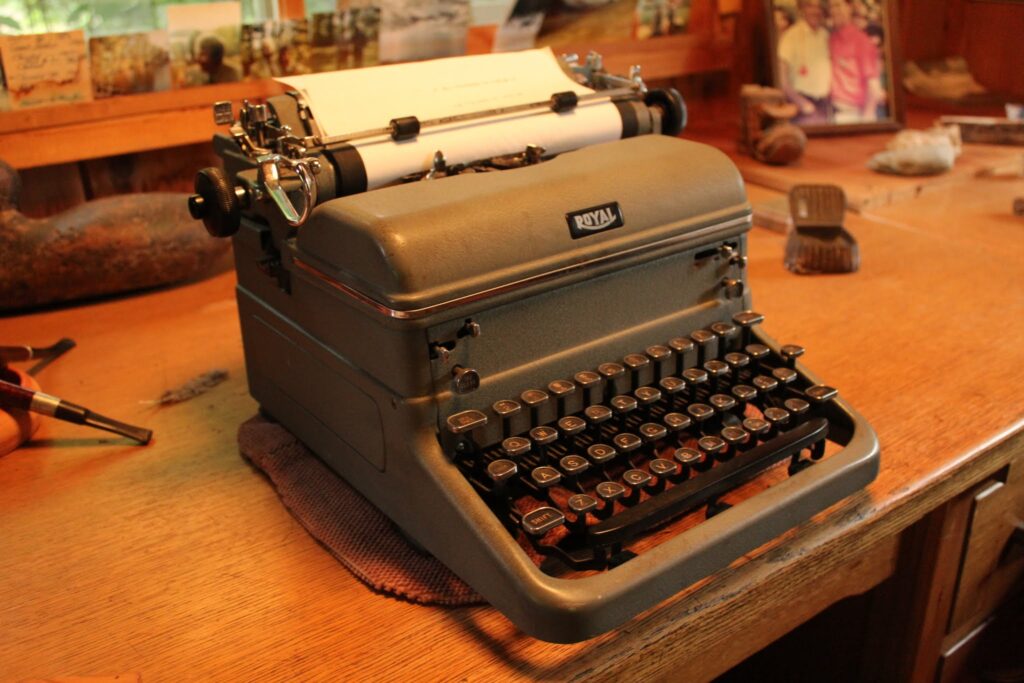 The typewriter Olson used to write all nine of his books and countless pieces of correspondence.  Photo: Greg Seitz

All of the photos and artifacts Olson kept in the Shack are also still where he left them. It includes a large collection of rocks, snippets of text, tobacco pipes, duck decoys, books, maps, and other objects rich in memories.

In addition to the shack, parts of the property near it were included in the National Register designation. (The house itself still retains much of the Olsons’ charms, but was renovated significantly after his life, and thus is ineligible for designation.)

Olson had designed the property’s landscaping to mirror the wild forests he loved. He built a low stone wall along the edge of the yard, and it still resembles a glacial gathering of rocks one might find in the wilderness.

“Whenever life doesn’t seem to be fun anymore, I have an infallible cure; I go out and work on my wall—dig rocks out of the turf and move them from where they have been resting for ten thousand years or more to some place of my own choosing. Somehow when I do this the world moves off magically to where it belongs and I take the helm, no matter what the situation at the moment happens to be.”

Between the important role “The Shack” played in Olson’s development and career as a writer, and the way it has survived almost unchanged for the past 38 years, it seems to have been an ideal candidate for the National Register of Historic Places.

To read the original article and see related outdoors reporting, follow this link to the QSWN website.  https://queticosuperior.org/blog/sigurd-olsons-writing-shack-designated-a-historic-site-of-national-...