Ben Porchuk truly believes in the healing power of trees.

His forest therapy business cards are made of paper-thin pieces of birch bark spritzed with something called phytoncides, or essential wood oils, to give them the musky bouquet of the deep woods.

For trees, phytoncides are a form of chemical warfare that permeates forests like an invisible shield, giving trees increased immunity to disease, fungus and insects.

Porchuk said our bodies are hardwired to the scent and a number of medical studies have shown phytoncides not only calm us down, it's been linked to keeping people out of hospital and even lowering our risk for cancer.

"In a healthy forest environment, the air is filled with medicines," Porchuk said. "They help the trees de-stress and makes them less susceptible to disease and that's what phytoncides do in us as well."

Forest therapy, or forest bathing as its known in Japan, found its modern roots in the 1980s. Since then the practice has grown into an international movement that spans different cultures and countries.

It involves guided walks through a forest where people uncouple themselves from worries of their modern life in order to slow down and use their senses of sight, scent, hearing, touch and even taste to experience the natural world.

"It's a slow practice, we move really slowly, most of it is done in silence," Porchuk said. "You have an opportunity to resonate with this place and time. The trees, the animals, the earth, the rocks, through your different senses."

Porchuk tailors the experience by using a series of invitations, which range from listening to the leaves and branches rustling in the wind, to soaking their feet in a stream, even making a tea crafted with wild ingredients such as raspberry leaves.

"It's really like the little sampler of beer you get at a restaurant or wine. You're really wanting to sample what's out there with the sounds, the feelings, the taste." 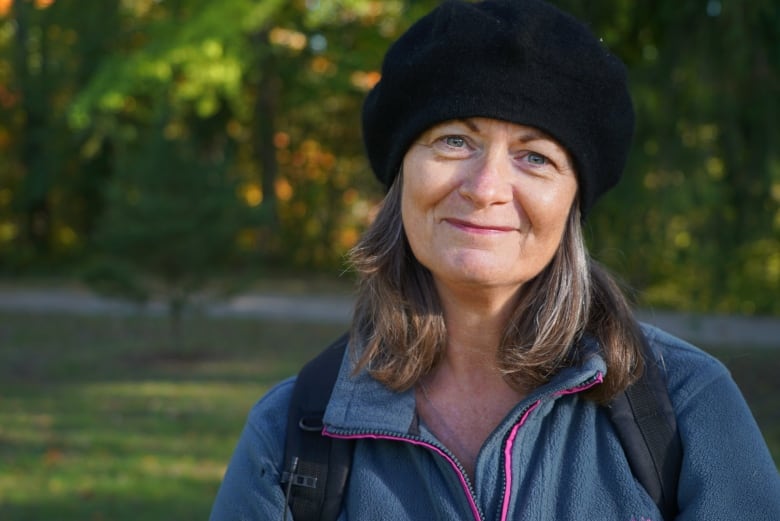 Cynthia Faubert has worked as a corporate retail manager for decades. She says reconnecting with nature helps her rejuvenate and find joy. Photo: Colin Butler/CBC News

While some might see it as just another walk in the woods, Porchuk says it is, but at the same time it isn't.

"It really depends on how a person approaches it," he said, noting its the role of the forest therapy guide to help participants forget about the day-to-day scramble of city life and lose themselves in the wilderness.

"Once they do that, really the forest and any natural area you're in starts to do the work. With the everyday magic that's out there that we don't tend to notice with our senses."

Those who experience it, say it works. Cynthia Faubert has loved the woods all her life. The corporate retail manager says she uses the forest as a way to uncouple herself from the day-to-day of her busy life. 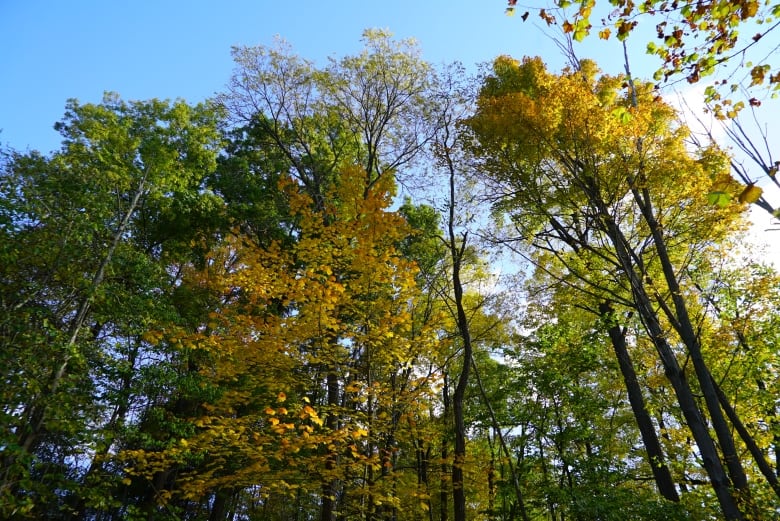 Forest therapy is about opening your eyes – both literally and figuratively – to the forest and everything in it. Photo: Colin Butler/CBC News

"It gives me incredible joy," she said. "It takes away all the checklists of life and brings me joy. It just resonated with me."

That resonance is what Porchuk is after when he delivers his therapy. Among his success stories are Christians and Buddhists who've said his walks have reinvigorated their faith, cancer patients who've said they've found the walks healing, even someone who communed with the spirit of a dead parent.

"My passion is to really see the light bulb go off in people. I hear all the time people say 'I've been walking this trail for 20 years and I've never experienced it this way.' That's really meaningful."

Meaning is what Porchuk hopes people will get out of forest therapy because that way, they'll be more connected with natural spaces and in turn, more inspired to protect them.

Forest therapy can cost anywhere from $15 to $65 a session and some therapists will even offer group rates, making it relatively cheap compared to most health services.

Given the fact studies suggest it has a net overall benefit to health, forest therapists are hoping that as the practice gains popularity more science will go into it so that maybe one day their craft will become as common to doctors as saying 'take two aspirin and call me in the morning.' 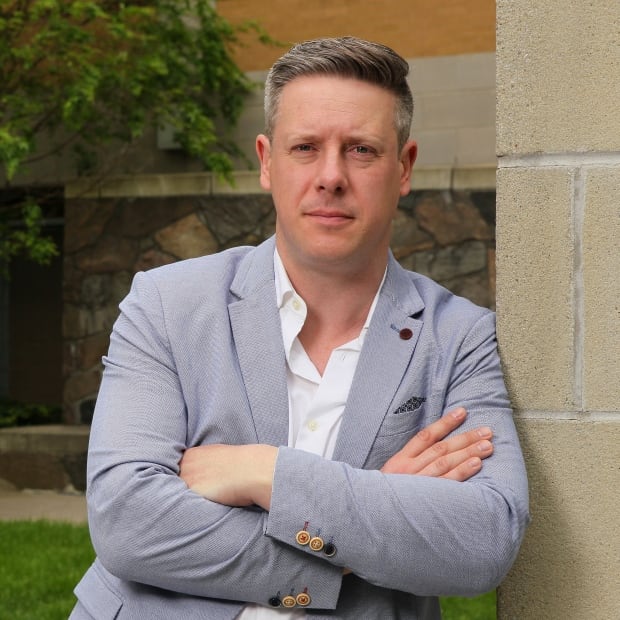 To read the original article and see related reporting, follow the slink to the CBC Thunder Bay website.  https://www.cbc.ca/news/canada/london/canada-forest-therapy-bathing-shinrin-yoku-1.5332014