An exclusive interview with MN State Rep Jen Schultz on her U.S. House of Representatives campaign If you would have asked Schultz a few months ago if she was going to re-run for the District 7A seat or run at all for that matter, she would have said no.

“Being a representative in the MN House of Representatives is a part-time job, and I was still working at UMD full time. It wasn’t on my bucket list to run for Congress, or even get into politics for that matter”, said Schultz.

Instead, she had plans to take some of her time back to spend with her family, read, and write a book on healthcare reform. She also wanted to give someone else a chance to represent the area.

Soon after she announced she wasn’t running, multiple people and groups called her and encouraged her to run for Congress against current district representative Pete Stauber (Republican Party).

According to Schultz, “people in the Eighth District aren’t happy with my opponent [Pete Stauber], who hasn’t advocated for the constitutes who live there.” (Boreal Community Media reached out repeatedly to Stauber’s campaign for an interview and received no response.)

When asked what she would say to people who are concerned about the fact that she was planning on stepping out of politics, but then took on an even more significant challenge, Schultz said she hasn’t heard any concerns about it. In fact, she said, she has heard the opposite.

“People are sick of the finger-pointing, the fighting, the lack of action from politicians, and simply want someone who will represent them and their needs, and will get things done. That’s what I do,” Schultz added.

Schultz, who self-identified as an “independent thinker”, has a record of working across the aisle in the Minnesota House of Representatives. She mentioned she plans to continue that in Congress. When asked how she plans to do that, she said: “economics”.

“I understand economics, which is a focus for both parties. People in the Eighth District want a place where they can live affordably by creating affordable housing, and fortifying existing jobs so they can earn a living. They want to raise families, which means they need affordable childcare. They want their kids to move back, they want to see their grandkids. In order to achieve this, we need reliable high-speed internet so people can potentially work remotely. The list goes on and on.”

“I advocate for who I represent. I have been known to go against my party vote if it’s something that won’t serve my constituents. This is the kind of person we need. Not someone who votes no on everything because it doesn’t fit within their party.” 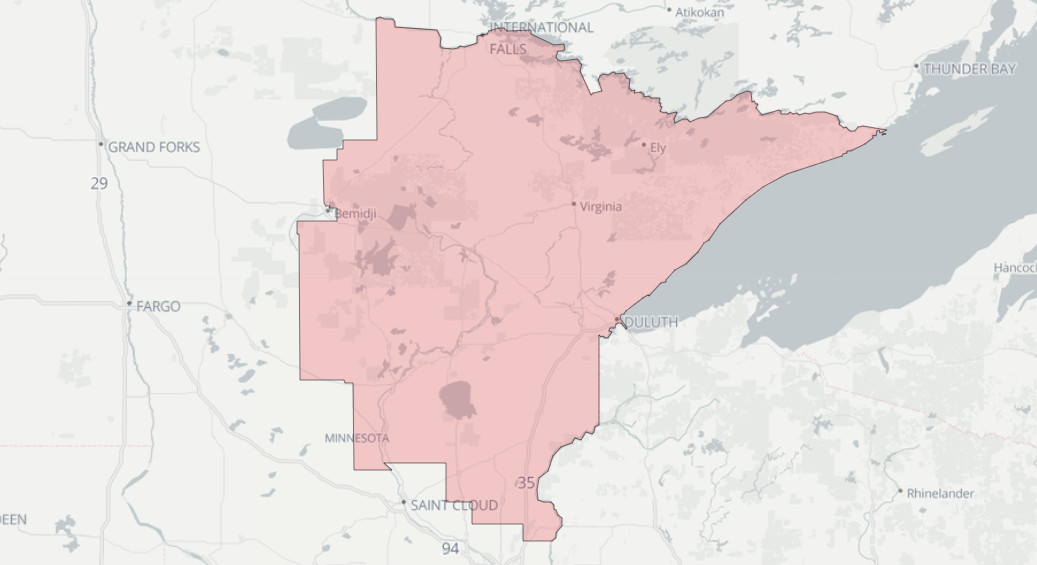 But how does someone represent such a large district with varying needs, and make sure all those needs are met?

Schultz acknowledged the vast size of the area and agreed that for example, people in Washington County near the Twin Cities aren’t concerned about mining, which is a big concern for those in NE Minnesota.

“Mining is such an important piece of the Iron Range and North Shore region. There’s been a huge call for manufacturing and product to return to the US for alternative energy technology, cars, and more.”

Bypassing the initial question, Schultz jumped right into talking about how we need to figure out a way to continue mining operations while keeping our drinking and surface bodies of water safe.

When asked how she plans to bring these two often opposing sides together, she said it’s important to find a common ground.

“Mining groups, environmentalists, and others all agree that we can’t pollute our waters. So, we start there.”

She continued by saying, “I believe in science. As one example, UMD is doing great work building technology that can remove sulfuric acid from water (a common and harmful pollutant from mining). Why hasn’t there been more action on trying to obtain federal funding to expand this technology thus far? That’s what I plan to do.”

Schultz added that she has been backed by the Steel Workers union, the Iron Range Building Group, other labor groups, farmers, and environmental groups because they all believe she can come up with a solution where everyone wins.

“Again, it’s not about working within my own party. It’s about coming up with solutions that serve the people, which I have a history of. Part of coming up with a solution where everyone wins means that everyone needs a seat at the table, and that includes the Tribes”.

It was at this point that Schultz brought up the 1854 Treaty Authority.

The 1854 Treaty says that no damage can occur where Native Americans hunt, fish, and gather. Additionally, the area shall be protected, preserved, and enhanced for the future of Native American tribes.

The Eighth District houses all eight of Minnesota’s northern tribes.

“I’ve met with all of the Tribal Councils, with the purpose to simply listen to their needs. This is not something my opponent has done”.

Schultz mentioned that she recently met with the Grand Portage Tribal Council and heard that a few of their main concerns are lack of health services, a lack of grocery stores with healthy food options, and the need for a new water treatment plant. She also noted how the closure of the US/Canadian border impacted the area. Schultz said she continues to work with the Tribal Council to bring necessary improvements based on their needs.

The last question for Schultz was what her top 2-3 priorities were if she gets elected into Congress since there are so many issues that need to be addressed.

She responded by saying:

“Because District Eight is so large, I’ve been spending a ton of time behind the windshield traveling to meet with different people and groups. I’ve been on gravel roads that weren’t supposed to be gravel roads. I’ve experienced a lack of cell phone and internet access across the region. It’s frustrating.”

When not spending time behind the wheel campaigning, Schultz can be found supporting her two sons in sports. “I have very little free time anymore, but when I do, I’m usually out at a game or practice cheering on my boys. I used to love reading and going for walks, but, my priorities have shifted for the time being.”

“Campaigning is a full-time job. I even took an unpaid leave of absence from UMD so I could focus on the campaign. But, I strongly believe the people of the Eighth District deserve someone to fight for them and represent them, so it’s worth it.”

You can find more information about Jen Schultz and her campaign on her website.

To learn more about Pete Stauber (current representative for Minnesota District Eight in Congress), you can find his website here.