What Cook County & Grand Portage Residents Need to Know about 988 
In Minnesota, 819,000 adults have a mental health condition. According to the NAMI Minnesota (National Alliance on Mental Illness), that’s more than 9x the population of Duluth). What’s more, almost 200,000 of those adults were unable to get needed medical care (34.5% of those were because of cost) in the last year.

Unfortunately, cost, low staffing numbers, and/or lack of access to resources continue to make mental health support and care difficult for those in need. One free solution is the National Suicide and Prevention Hotline (1-800-273-8255), which is available for anyone experiencing a mental health crisis or suicidal thoughts. And while the resource is extremely beneficial for those in need, the 1-800 number can be difficult to recall when someone is experiencing a crisis.

On July 16, 2022, a new, shortened version of the National Suicide and Prevention Hotline was launched nationwide. 988 is the new three-digit number that will direct the caller to a local mental health crisis center (called Lifeline Centers) for help.

Boreal Community Media has partnered with the Cook County Public Health and Human Services Department to raise awareness and answer some commonly asked questions about the new 988 number, and how it can benefit Cook County and Grand Portage residents and visitors.

Mental Health in Minnesota and the U.S.

Since COVID, the number of people in need of mental health care has risen. According to NAMI MN  “on average, 1 person in the U.S. dies by suicide every 11 minutes. In Minnesota, 739 lives were lost to suicide and 195,000 adults had thoughts of suicide in the last year.”

Unfortunately, many mental health professionals, clinics, and resources have long wait times (sometimes months) in order for someone to get seen. Free resources such as the 988 Mental Health Crisis and Suicide can be vital for those who need immediate help while waiting for an appointment, those who are in between appointments, and anyone else.

Co-founder of the 988 Bill, Wisconsin Senator Tammy Baldwin said, "we've seen death by suicide become a leading cause of death for young people." We've seen certain segments of our population have higher rates of suicide; whether that's veterans or people in the LGBTQ community- particularly youth, people in rural America- particularly in agriculture, who are facing financial stress. That's very significant."

The Federal Trade Commission already had set aside and selected 988 as the three digits when the law was signed into effect.

The idea for a shortened version of the 1-800 National Suicide Prevention Hotline was proposed for a number of reasons. One main reason is that when someone is in a crisis, trying to remember or find a long number like 1-800-273-8255 can be challenging or impossible.

Senator Baldwin said: “It's not that there weren't suicide hotlines that existed prior to that, but they were typically ten-digit numbers. And people didn't know about them. People certainly hadn't memorized these numbers on the off chance that they had a loved one or somebody in crisis or had a crisis themselves."

The number is also much easier for kids to remember in case they need to call for themselves, a family member, or a friend - similar to 911.

What happens when a person calls 988?

When someone is experiencing a mental health crisis, or is with or knows of someone who is, they can call 988, 7 days a week, 24 hours a day. The system will triage the caller to the closest Lifeline Center based on the area code they’re calling from.

There are four Lifeline Centers where Minnesotans are triaged when they call 988:

For those calling along the North Shore with a ‘218’ or other local area code, they will be triaged to First Call in Grand Rapids, MN. If you’re a transplant or a visitor that has a phone number with a different area code (for example, one from Hennepin County / Minneapolis), even if you’re physically along the north shore, you will be connected to the Greater Twin Cities United Way Lifeline Center.

From there, a licensed crisis specialist will answer and determine a response based on the caller’s need. These care specialists are specifically trained in addressing mental health and suicidal crises and can help the caller with de-escalation, coping skills, and finding resources.

In fact, according to the Substance Abuse and Mental Health Services Administration (SAMHSA), “numerous studies have shown that most Lifeline callers are significantly more likely to feel less depressed, less suicidal, less overwhelmed, and more hopeful after speaking to a Lifeline Crisis counselor.”

In states where the 988 Suicide and Crisis Lifeline has already been rolled out, concerns and questions over whether calling 988 will dispatch to 911 or send emergency personnel have been raised.

One concern is dealing with current staffing stresses on first responders, police, and hospitals. According to one source, “right now, many people end up relying on 911 for these types of emergencies. And the cases are handled by the police and hospital emergency departments.”

988 can coordinate with 911 in severe emergencies (usually for someone who is in an active suicide attempt) if needed. However, the vast majority of calls can be solved with a conversation and resources with a trained mental health professional.

Having another option for those experiencing a mental health or suicide crisis is beneficial not only to relieve pressure on emergency departments, but also to provide access to trained mental health professionals at any time, and, to be more accessible for those who may not feel comfortable with police or other first responders.

“1 in 4 people who have a serious mental illness have been arrested by the police at some point in their lifetime – leading to over 2 million jail bookings of people each year” (source), disproportionately affecting BIPOC. For some people experiencing a crisis, calling 911 isn’t always the safest or most comfortable option.

In states where the 988 helpline has already rolled out, two of the issues officials are seeing are staffing shortages and a lack of funding. When it comes to funding the Lifeline Centers, some federal money was allocated to states, but for the most part, each state is responsible for coming up with the funds.

Boreal Community Media reached out to the Minnesota Department of Health to learn about how the state is fairing when it comes to funding the hotline, and if there have been reports of major staffing shortages at any of the four Lifeline Centers Minnesotans utilize.

According to Erin McHenry of the Minnesota Department of Health:

No word on future funding for the Lifeline Centers from the state or federally.

In terms of staffing, McHenry shared that some of Minnesota’s Lifeline Centers are in the process of hiring and onboarding new, dedicated staff.

This raises the question of if someone calls 988, and all of the dedicated crisis helpline professionals are assisting other callers, what happens?

McHenry shared that “If a crisis center is at capacity the call will overflow to national backup centers that are located out of state. The routing of calls is overseen and maintained by the 988 Suicide & Crisis Lifeline at the national level; MDH and Lifeline Centers don’t have the ability to influence the routing process.”

On paper, this seems like a reasonable backup plan, however, in some states where the lifeline has already rolled out, there have been some reports of callers being dropped after being triaged to the national line. According to one source, “letting so many calls go unanswered wasn't ideal, but without state or federal support, it was the best they could do.”

And while this issue is rapidly being addressed (McHenry did not state whether this was an issue happening in Minnesota or not), it does stress the importance of providing funding for Lifeline Centers.

Here are some of the commonly asked questions regarding the 988 Mental Health Crisis and Suicide Helpline.

Is calling 988  my only option? Or is there a text or live chat option?

You do not have to call. There is a text or live chat option available (simply text ‘988’, or visit this website for a live chat). It is important to note, however, that at this time, text or chat is only available in English.

What are the options for people who are sight or hearing impaired?

There are a couple of options for those who are hearing or sight impaired:

The lifeline also offers these types of accommodations through chat and text options.

Does the lifeline accommodate those who speak languages other than English?

Yes. The Lifeline accommodates English and Spanish speakers and uses something called ‘Language Line Solutions’ to provide translation services in over 250 additional languages.

The text and chat options are only available in English at this time.

Does 988 automatically call 911, or will I get hospitalized?

The trained Lifeline professionals aim to deescalate, provide calming tools, and also provide resources versus immediately dispatching 911. According to SAMHSA, “fewer than 2% of Lifeline calls require connection to emergency services like 911. While some safety and health issues may warrant a response from law enforcement and/or Emergency Medical Services (namely when a suicide attempt is in progress), the 988 coordinated response is intended to promote stabilization and care in the least restrictive manner.”

What if I’m in a mental health crisis, but not having suicidal thoughts? Can I still call?

Yes. The 988 Suicide and Crisis Lifeline is for anyone experiencing a mental health crisis (or for someone you know who is), and not just for those experiencing suicidal thoughts.

Is there a cost to this service? Do I need insurance?

The 988 Helpline is completely free, and you do not need to provide proof of insurance.

Is the lifeline confidential?

Cook County and Grand Portage have a number of resources available for those who are experiencing a mental health crisis or just looking for mental health support.

Additionally, you can find out more information about mental health resources on the Cook County Public Health and Human Services website

Other resources (including the local resources above) can be found in this PDF, which is available from Cook County Public Health and Human Services to print and distribute as needed. 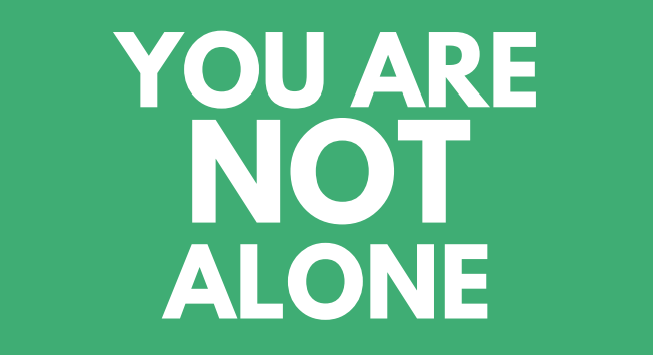 Related: The 988 Suicide and Mental Health Lifeline has seen a 44% increase in calls from Minnesotans since launch