Almost twelve years ago an oil sheen could be seen along the Kalamazoo River. The USEPA says more than one million gallons spilled from an Enbridge pipeline - State of Michigan

The new legislation is called Preventing Releases of Toxic Environment Contaminants Threatening Our Great Lakes Act – called PROTECT for short. It would require better oil spill detection, more preparation, and allows external funding for a recently created center in expertise on oil spills to be headquartered in Michigan. Peters said these are all needed.

“To prevent a spill from occurring, or at least mitigating if one starts, to be able to shut off the pipeline as quickly as possible to minimize the impact, also the cleanup afterwards.”

Almost twelve years ago an Enbridge oil pipeline burst and spilled oil into a tributary of the Kalamazoo River near Marshall. The U.S. Environmental Protection agency said the spill amounted to more than one million gallons. Enbridge operators did not shut down the line for hours because they didn’t believe the sensor alarms. 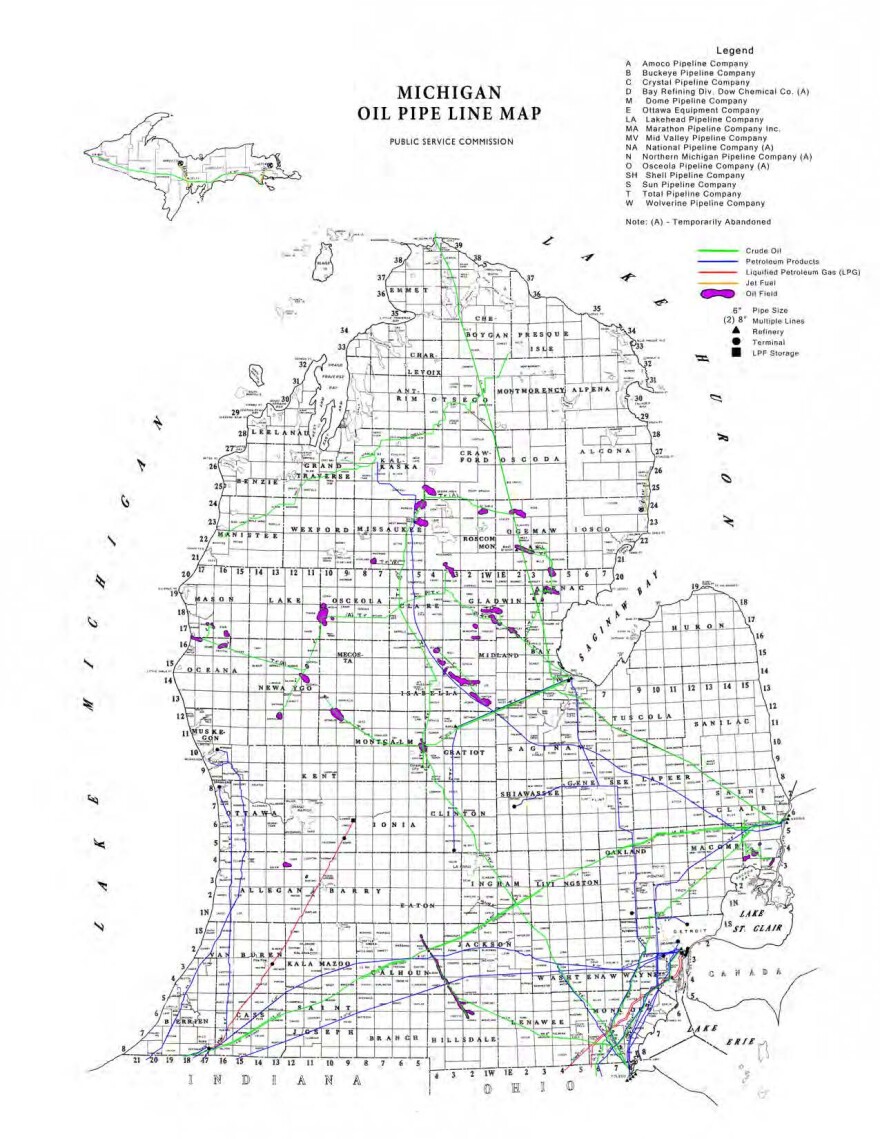 It was among the nation's worst inland oil spills. Peters said it showed how fresh water systems are at risk and it could happen elsewhere.

Currently there's concern among environmentalists, some business groups, and others about Enbridge's Line 5, the nearly 70-year-old twin pipelines sitting on the lake bed of the Straits of Mackinac which connects Lakes Michigan and Huron. Ship anchors have twice hit Line 5. Studies indicate an oil spill could spread along Michigan's coasts for miles, harming wildlife and fish and damaging tourism.

Peters said his legislation goes further than concern about Line 5.

“This is legislation that’s focused on all of the pipelines in the Great Lakes Basin. All of them could potentially cause a significant ecological disaster,” Peters said.

In the aftermath of the Kalamazoo River oil spill, the National Academy of Sciences made recommendations on methods to clean up oil in a fresh water system.

“There are a number of best practices that should be used when cleaning up a spill in freshwater. And we're going to put those into statute, not just make them recommendations, but actually make them law,” Peters said.