The federal Environmental Protection Agency this week informed the U.S. Army Corps of Engineers that the EPA can’t support a key permit for the proposed PolyMet copper-nickel mine.

The proposal in northeastern Minnesota would extract ore from an open-pit mine in the headwaters of the St. Louis River.

The comments came during a three-day hearing hosted by the Army Corps of Engineers about the Section 404 permit and its downstream impacts on the Fond du Lac Band of Lake Superior Chippewa’s waters. The permit would regulate the dumping of material in navigable waters and wetlands.

“EPA’s key recommendation is that the Corps should not reissue the CWA Section 404 permit for the NorthMet project, as proposed,” the EPA wrote. “As the NorthMet project is currently designed, there are no conditions that EPA can provide to the Corps that would ensure that the discharges from the CWA Section 404 permitted activities would comply with the Fond du Lac Band’s water quality requirements for its waters.”

The EPA says water permits issued by the Army Corps and the Minnesota Pollution Control Agency are inadequate to preventing pollution. Analysis of the project show the mine will affect about 6,000 acres of wetlands by altering water levels and other factors, and nearly 1,000 acres will be entirely destroyed. 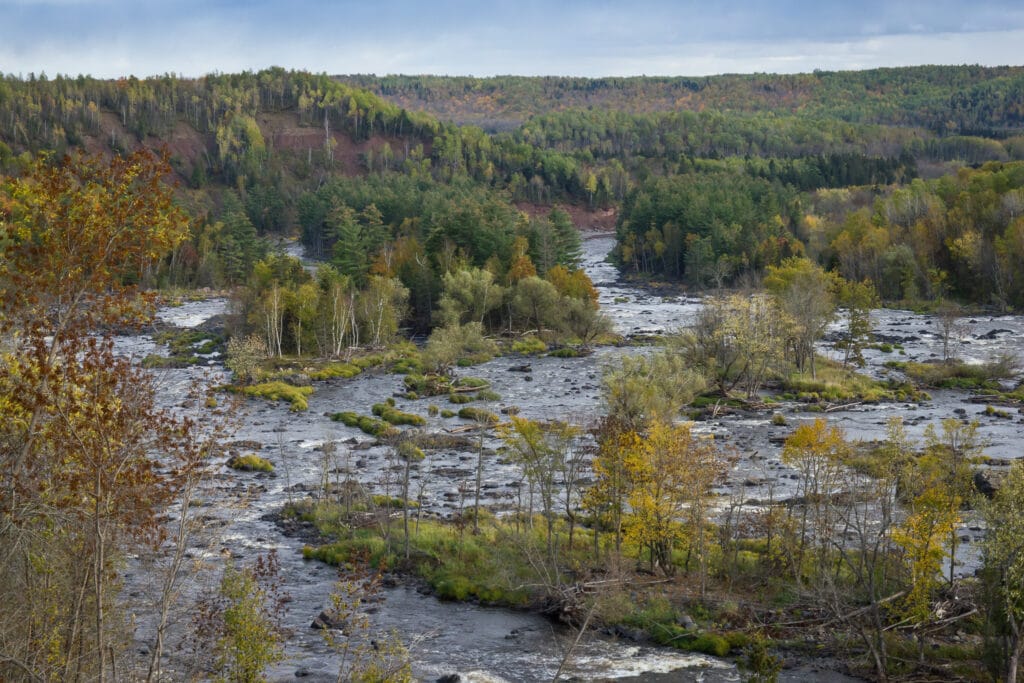 The primary concern addressed by the decision is the possibility of mercury pollution from the mine. The metal can kill manoomin, or wild rice, which is an important food source and cultural resource for the band’s members. It is also harmful to humans, especially brain development in infants. Already, one in 10 children around Lake Superior has elevated levels of mercury in their bodies.

Altering the wetlands and increased sulfate discharges from the mine will both increase how much mercury already in the wetlands is converted to the more dangerous form called methylmercury, which is easily accumulated in humans, or in lake bottoms where it kills manoomin.

The Fond du Lac Band of Lake Superior Chippewa objected to the Army Corps permit last August, triggering this spring’s review and public hearings. The tribe has federally-approved clean water standards, and said the PolyMet permit was not adequate to ensure the mine doesn’t pollute lakes and rivers.

“The Band is not opposed to mining, but if mining is to occur, we must ensure that our waters are protected, not just for the Band, but for all Minnesotans,” said band chairman Kevin Dupuis, Sr. “It has taken a lot of time and dedication to get where we are today, and we appreciate EPA for taking a robust and meaningful look at our objection which is grounded in science. It is no surprise that EPA’s recommendations agree with our long-standing concerns.”

“The recommendation from the EPA vindicates the tireless work by the Fond du Lac Band to assert their tribal sovereignty and protect the clean water downstream of the proposed PolyMet project,” said Chris Knopf, executive director of the Friends of the Boundary Waters.

The EPA’s determination is not the final word. It provides its expertise in a recommendation to the Army Corps for the permit, which will make the final determination about how to proceed.

A public comment period on the permit is open until June 6.

Comments can be sent to [email protected]