According to the Minnesota National Guard, a St. Cloud-based CH-47F Chinook took the two-hour flight to Pembina, North Dakota, to airlift a pair of high-volume pumps.

The Minnesota National Guard says the 10,000 lb pumps were ‘sling-loaded’ underneath the helicopter and transported to the Bourbanis Dam on the Red River. The Chinook has an external lift capacity of 26,000 lbs and a top speed of 180 mph.

The Minnesota National Guard operates six of the aircraft alongside 16 of the more common Blackhawk helicopter.

Colonel Greg Fix told KSTP that the unit that completed today’s mission came back from a deployment in January, where they supported Operation Inherent Resolve.

Colonel Fix said that “this mission fits right in with our military task as an air movement.”

The Minnesota National Guard has previously assisted other states in multiple missions, including prior flooding support in North Dakota and delivering hay to cattle in Nebraska during a major flood there.

Colonel Fix thanked family members and employers of soldiers for their support when Guard members go on missions in the community and overseas and added, “the Minnesota National Guard is always ready, always there, supporting our neighbors if needed.” 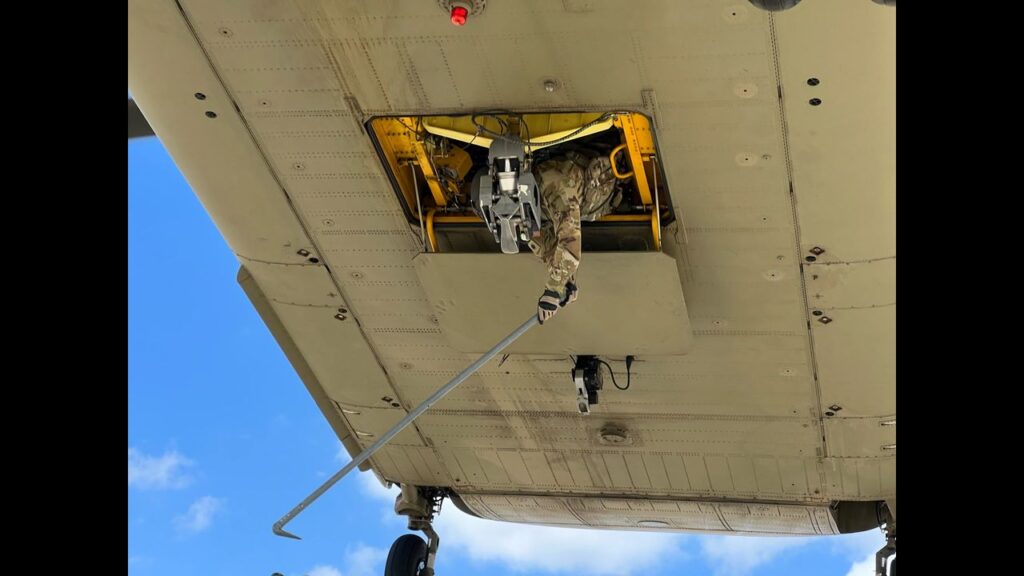