Patty Carpenter is among the area residents leading the "not for sale" campaign.  Photo: Susan Bence

If you happen to be driving the roads of Ashland and Bayfield counties in northern Wisconsin you may notice more than sporadic stunning views of Lake Superior — yard signs are scattered throughout the region.

They feature the shape of the great lake in vibrant blue and the words “NOT FOR SALE.”

Patty Carpenter is among the area residents leading the "not for sale" campaign.

The signs are a reaction to a proposal to tap into and sell water from one of the area’s many artesian wells. The proposition is being taken up Thursday by a Bayfield County committee.

According to the company's website, Kristle KLR describes itself as "an American, family-owned start-up water company that will provide people in the Midwest with the best quality drinking water in the world."

Entrepreneur Kristle Majchrzak would like to tap into an artesian well on her and her father’s adjacent properties off the south shore of Lake Superior. An artesian well is one, under the right conditions, where water flows under natural pressure, without needing to be pumped.

The family’s land is in the small town of Herbster, near the Apostle Islands National Lakeshore.

Majchrzak plans to bottle and sell the water. And to do that, she needs a permit from Bayfield County.

And while the entrepreneur says her aim is to operate a sustainable and eco-friendly business, Majchrzak has been buffeted by public pushback.

At a county committee meeting this spring, she asked for more time to respond to concerns. “I have listened very carefully to everything that has been said about my application and everything that has been posted online. I will be addressing all of these concerns with my engineering firm, University of Minnesota and any other experts that may be necessary to address all of the questions everyone has,” Majchrzak said.

Majchrzak’s comments were followed by a stream of residents asking the board to vote, and to vote no. And, that’s exactly what happened — unanimously. 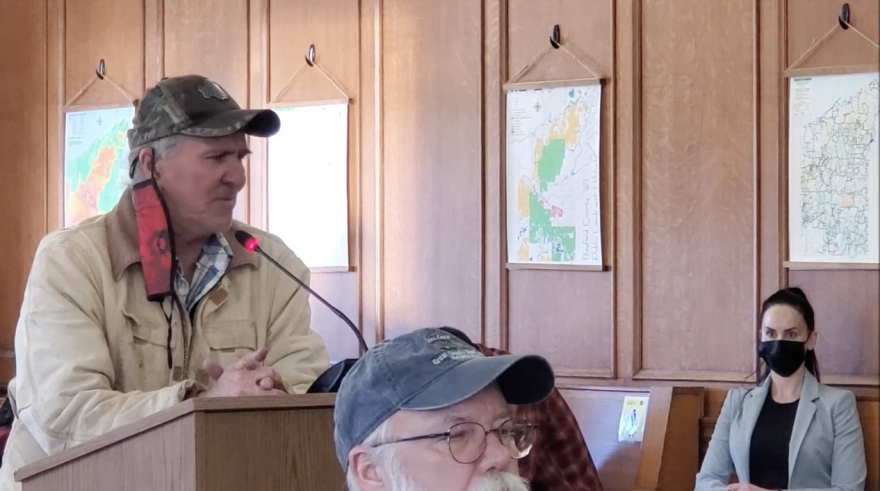 Majchrzak appealed, which brings us to Thursday’s hearing.

Herbster resident Patty Carpenter attended the meeting and has a long list of concerns, including how the project could impact neighboring wetlands, streams and, ultimately, Lake Superior.

“People see the vast water at the Herbster beach but it’s a finite and fragile resource. We don’t know what cumulative impacts will be without baseline studies. We know artesian water interacts with the watershed,” Carpenter says.

Last week, The Red Cliff Band of Lake Superior Chippewa issued a resolution declaring formal opposition to the commercial sale water from the Lake Superior watershed. A statement said the proposed project falls “within the 1842 ceded territory and would impact land and water ceded by our people.”

“I’m very pleased and honored they did that,” says Carolyn Gougé of the Red Cliff Band of Lake Superior Chippewa. 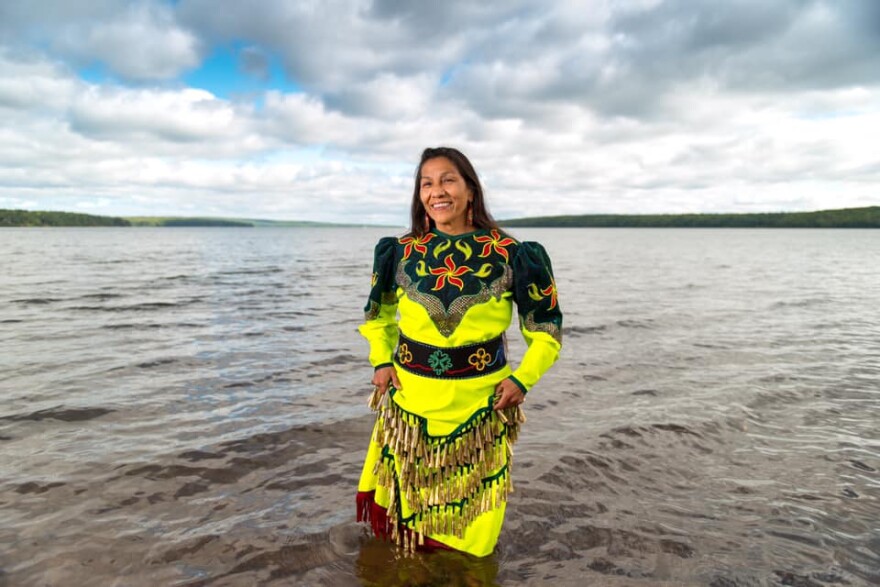 Gougé grew up, she says, with an appreciation of the water. “We had an artesian well where we got our water and Lake Superior was behind us and we swam there,”she says.

It’s her responsibility as an Indigenous woman to protect the great lake, Gougé says. “I need to make sure for my children, my grandchildren and the next seven generations that we keep everything in balance with creation,” she says.

Gougé says Kristle Majchrza’s proposal isn’t the first and won’t be the last tug of war around the precious resource.

In recent years, concerns swelled over environmental impacts that might result when aniron ore mine was proposed in the nearby Penokee Mountains and again, when a giant hog farming operation was proposed.

Right now, some people worry about an aging liquid petroleum pipeline that runs through the region, and the discussion to reroute it.

“A comment was made — in time, an ounce of water would be worth gold. What will you do for the water,” Gougé says.

Kristle Majchrzak had agreed to an interview for this story two days ago, but then asked to reschedule given Thursday’s county committee meeting.

Oh, and by the way, you might already know that the Great Lakes Compact has something to say about removing water from the basin. If Majchrzak intended to haul her harvested water in containers greater than 5.7 gallons, her plan would be considered a diversion.

UPDATE: At that Thursday meeting, the company questioned whether a Bayfield County permit is required to launch its business. On August 19, the county appeals board will meet in closed session to determine if that is the case.

To listen to an audio version of the original report and see related stories, follow this link to the WUWM website.  https://www.wuwm.com/2021-07-29/controversial-water-bottling-business-under-debate-in-small-communit...