It's been a tough year for some northwestern Ontario gardeners as fluctuation in temperatures impacts the local growing season. Photo: Tony Davis/CBC

Fluctuating temperatures in the last month are making things difficult for local agriculture and gardeners in northwestern Ontario, creating unfavourable conditions for the region's growing season.

In the last week alone, the region experienced a heatwave, then temperatures dropped as low as 3 or 4 degrees in some areas overnight, posing a risk for frost, all in a matter of days.

"I can't even say it's just this week. This year has been a challenge for all of us. It has been up and down all year," said Pam Talon, an avid gardener and community facilitator in Thunder Bay, Ont.

Talon started her website, Growing North, as a continuation of the agriculture and gardening community she began to facilitate online. The website focuses on inspiring people to try growing food and other plants in the north, through the region's harsh climate.

This year however, those harsh conditions have gotten worse, according to Talon.

"I would call this extreme, although our climate is known for doing this to us on occasion, not this extreme," said Talon. "In Thunder Bay you pretty much always have to be prepared, you're always watching the forecast and you kind of need season extension plans."

Talon said herself and others in the area saw the loss of blossoms on fruit trees due to an early cold snap in June, while a more recent heatwave and dry conditions may impact germination in gardens.

"Other things, like peppers that like it hot, and squash, where we get these cold snaps like the last couple of evenings, all that happy, wonderful growth they were doing goes into essentially a cold shock. Even if they didn't get frost, did they get a little a cold shock and they stopped growing as quickly and as well as they were," she explained.

According to Environment Canada, the recent extreme fluctuations in temperature in the last week were due to a very warm air mass, just to the south of the area and a somewhat cooler air mass to the north "battling it out" over the region.

"That cooler one won out over the last couple of days, but as we look at the forecast through the rest of this weekend and into next week, it looks like that warm air mass is going to be reasserting itself, not just in the Thunder Bay area, but right across northwestern Ontario," explained Geoff Coulson is a warning preparedness meteorologist with Environment Canada. 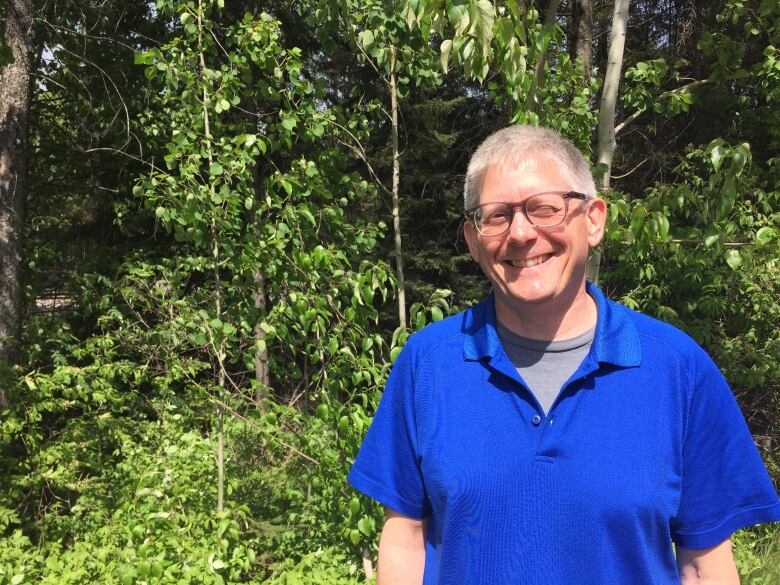 Geoff Coulson is a warning preparedness meteorologist with Environment Canada. He says warmer than usual temperatures are on the way for the northwest, stressing the importance of sun safety in the weeks to come. Photo: Cathy Alex/CBC

After some cooler temperatures this week, Coulson said temperatures in the coming days and weeks in the region will be hotter than average for the time of year, which could be problematic when it comes to forest fire risk in the area.

"The day-to-day weather can certainly have a lot of different influences. One of them could be the longer term impacts that we talk about with respect to climate change. But it's very difficult to attribute how much that could be influencing this current weather pattern," Coulson added.

The changing weather patterns in the region are something that should be of note to everyone, and not just gardeners, said Talon.

"Our ecosystem here is much more fragile and responds very strongly to shift. We're not near the equator. We don't have California's three growing seasons of growing. So, people are liking the idea they might get a longer growing season, but we're getting pests we never had before," Talon explained.

The small changes to the environment due to fluctuating weather in the region has a large impact, said Talon. She adds now is the time for the public to be supporting local growers and farmers as they deal with a difficult season.

"We live here, and we can't live here without our environment supporting us. I don't want to sound like I'm on a soapbox, but it's the hard truth. And so supporting our local agriculturalists and supporting just all of our local people that way is going to be very, very important to everybody," she said.

To listen to the audio report of this story and read related articles, follow this link to the CBC Thunder Bay website.  https://www.cbc.ca/news/canada/thunder-bay/gardening-temperature-extremes-northwestern-ontario-1.609...