The Roger Blough, shown leaving Duluth in the summer of 2019 and heading out into Lake Superior. Photo courtesy of DRE Designs owner Andrea Guerriero.

Three Great Lakes freighters are headed for a very early layup this year and nearly 100 crew members and other personnel have been laid off after a shipping company announced it would idle some of its vessels due to an economic downturn.

Being sidelined for the rest of this year are the 1,004-foot Edgar B. Speer, the 858-foot Roger Blough and the 767-foot Philip R. Clarke.

“The bottom line is the pandemic,” Mitch Koslow told the Minnesota Star Tribune. Koslow is vice president of the Pennsylvania-based parent company Keystone Shipping Co., which runs the Great Lakes fleet for the Canadian National Railway (CN). “Three of our vessels are being laid up due to economic conditions.”

The layups have a ripple effect on the jobs of 94 Key Lakes workers, mostly based in Duluth. There may be some attempt to find those workers jobs on the other six freighters Key Lakes runs for CN, and those workers may be brought back before next year if the economy improves, the company said.

The decisions are being driven largely by a drop in the demand for steel tied to auto factories.

“Our biggest customer is U.S. Steel, so it’s based on their plans,” Koslow told the Star Tribune. “We’ll keep our fingers crossed.”

Earlier this year, shipments coming through Lake Superior’s Port of Duluth-Superior were down nearly a third compared to last year, according to media reports.

Much of the issue hinges on the downturn in demand for raw steel products.

The Lake Carrier’s Association announced this week that Great Lakes shipments of iron ore tallied 4 million tons in June - a nearly 30% drop from last year. Around Lake Superior’s Iron Range, three of the six mines and taconite plants are still idled, the Duluth News Tribune reported. Normally, products from all these plants in the northern U.S. and Canada would then be sent to steel plants farther down the Great Lakes supply chain.

Iron ore pellets, limestone and coal make up the bulk of what CN’s fleet carries from port to port across the Great Lakes, according to the company. 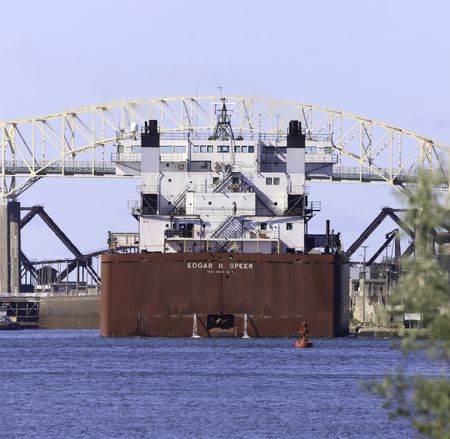 The Edgar B. Speer, entering the Poe Lock at the Soo Locks in the summer of 2019. Photo courtesy of DRE Designs owner Andrea Guerriero.

Andrea Guerriero owns DRE Designs - Great Lakes Marine Products, whose Facebook page is a go-to spot for Great Lakes freighter enthusiasts. She said the decision to sideline the Blough, Speer and Clarke - likely until the Soo Locks reopens late next March for the 2021 shipping season - is just the latest blow felt by the industry.

“I think it’s safe to say that all of us who love the ships and crews of the Great Lakes are disappointed to see the shipping season as a whole, take the turn that it has this year. We were all hoping that the fleets wouldn’t be affected by Covid-19 and it would be business as usual for them, but it hasn’t gone that way so far, and while we’ve seen glimmers of hope with things picking up in certain areas, it hasn’t been enough to keep all of them running,” Guerriero said.

“The Speer, Blough and Clarke are just the latest casualties of what Covid-19 has caused in this industry, and they are fan favorite ships for so many, so it’s hard to sit here knowing they won’t be back until next March now.  I’m still hopeful that things will turn around and perhaps they’ll get called back along with the other ships from other fleets that aren’t sailing right now. ... It’s really all we’ve got to hold onto at this point.” 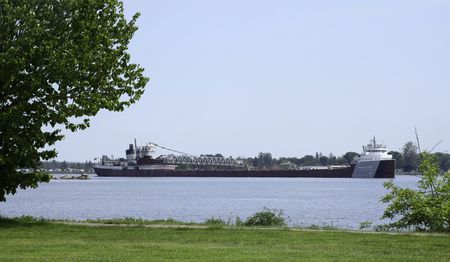 To see the original article and related shopping news, follow this link to the mlive.com website. https://www.mlive.com/news/2020/07/3-great-lakes-freighters-head-to-early-layup-nearly-100-shipping-...