Corine Armstrong reunites with daughter Harper. Armstrong and her husband Tom, gave their 18-month-old daughter over to Tom's parents for 10 weeks due to COVID-19 concerns.  Photo: Submitted by Tom Armstrong

For people who have been working on the front lines of the COVID-19 pandemic, the past 3 months have been a time of anxiety and worry.

When two partners in a home are frontline workers, those complications - and concerns - only increase.

In mid-March, that was exactly the situation Tom and Corine Armstrong, of Thunder Bay, Ont. found themselves in.

Tom is an officer with the Thunder Bay Police Service. Corine is a nurse practitioner.

Concern over possible contact with COVID-19 led the Armstrongs to pass their 18-month-old daughter, named Harper, to Tom's parents for care.

Last week, after nearly two-and-a-half months apart, the Armstrongs were reunited with Harper. 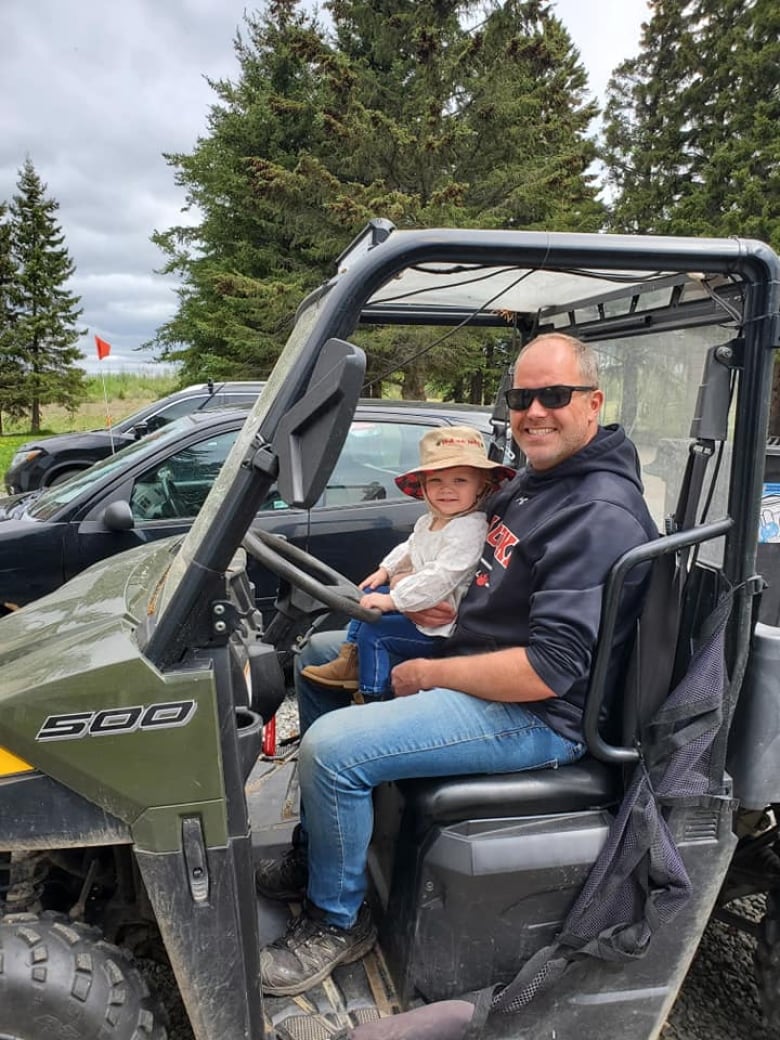 Tom Armstrong, who is an officer with the Thunder Bay Police Service, said being apart from his daughter was "unbearable."  Photo: Submitted by Tom Armstrong

"It was just...it was so wonderful," said Armstrong. "And it's crazy how different she is. But she was just so excited and so happy and it was like she just fell right back into her routine."

Armstrong said he and Corine spent as much time as possible during the ten-week separation keeping in contact with Harper via video chat.

They also regularly visited his parents home and interacted with Harper through the glass. He said that made it a little less difficult to be apart from their first child, but he admitted it was never easy.

"It was just awful," he said. "I mean she just has become kind of the centre of our universe. And then not having her here and not being able to play with her and hold her and hug her...it was unbearable."

When they first decided to give Harper over, the couple did not know when they would have her back. Weeks stretched into months. And then, in late May, they were feeling safe enough to take Harper back. Yet, Armstrong said there were a few bumps in the road.

"We had a couple of hiccups," he said. "Before (Harper) came, Corine was getting tested just to be safe because of some things going on (at the hospital)." She was negative for the virus and in late May, Jean and Ted Armstrong said goodbye to Harper and passed her back to a set of very happy parents. 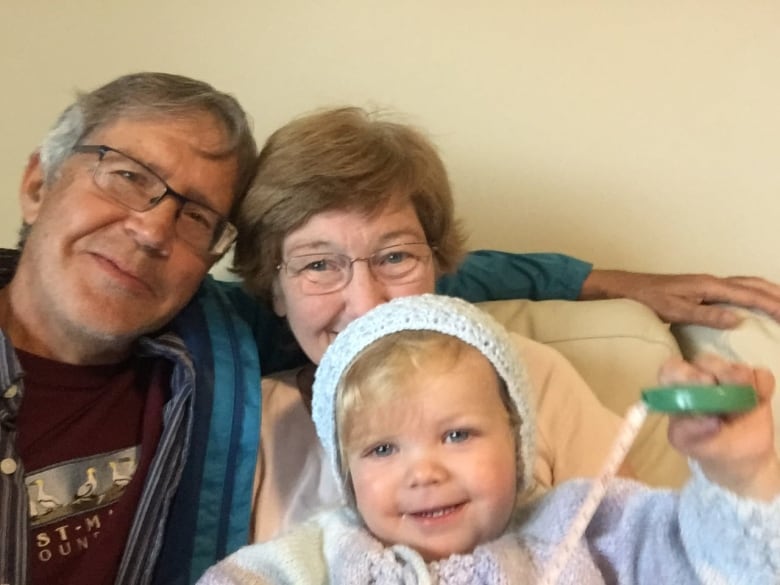 Ted and Jean Armstrong, Tom's parents, were the primary caregivers for Harper while the couple worked during the peak of the pandemic.  Photo: Submitted by Tom Armstrong

Armstrong said his parents were the only reason they could stand being apart from Harper, because they knew she was being loved and cared for in a safe environment.

"I mean they are absolute troopers," said Armstrong. "And we're incredibly grateful that they were willing and able to do it. On one hand, I think they loved it. It's been an incredible time for them and they'll never forget. But it's also a pretty big sacrifice...especially as it kind of went on and on. But they did an incredible job. A lot of good has come from it."

To read the original story and see related articles, follow this link to the CBC Thunder Bay website. https://www.cbc.ca/news/canada/thunder-bay/tbay-frontline-couple-reunited-daughter-1.5603682