The Ontario Provincial Police and Superior EMS came to the rescue of a pair of men whose canoe had flipped over leaving them in the water on Dog Lake on Friday.

The OPP report that on the 5th of June 2020 at around 3 pm they received an emergency call from a person stating that he and his friend flipped their canoe and were floating in Dog Lake.

Officers from the Thunder Bay OPP responded with a marine unit. 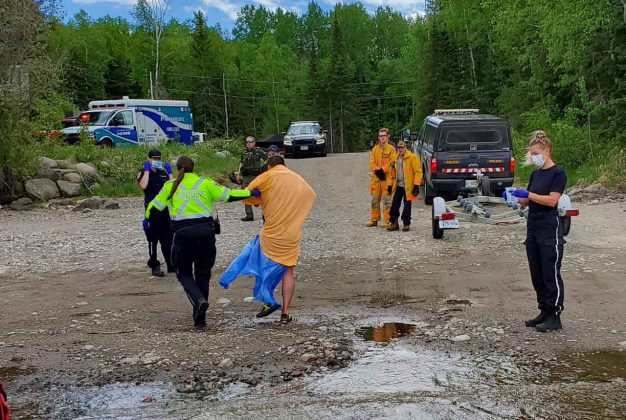 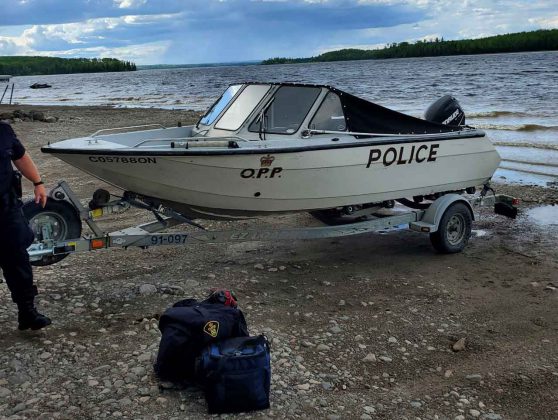 OPP Marine Unit.  Image OPP
The OPP communications center was able to ping the caller’s phone and provide a GPS location to the responding officers.

Police located the males in very rough water conditions. Both men had been in the water for over an hour and were experiencing hypothermia.

They were brought to paramedics at the landing and transported to the Thunder Bay Regional Hospital.

Four other canoeists in the group and their canoes were removed from shores of the lake and brought to paramedics with the assistance of MNR Conservations officers.

To read the original story and see related outdoors reporting, follow this link to the Net News Ledger website.  http://www.netnewsledger.com/2020/06/06/opp-and-superior-ems-rescue-two-men-from-dog-lake/