Photos of a true bear hug were captured by an Ontario Provincial Police (OPP) officer in the northwest region this week.

A member of the OPP posted the photos to twitter on Thursday morning, writing the encounter showcases "just the bear facts" that these animals are among the "most massive and powerful on earth." Police said Cst. Nicole Haueisen managed to capture the moment between the two black bears while on foot patrol in the Armstrong area. 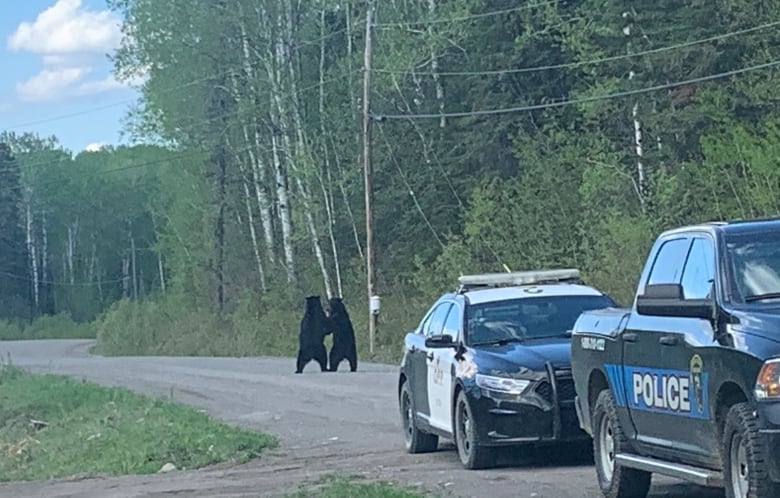 In the photo the black bears appear to be embracing, and travelling down a dirt road together.