Alaska Native girls prepare to dance in honor of the beginning of the 2020 Census in rural Alaska. The Census count begins in this state out of necessity and tradition. Photo: AP Images/Gregory Bull

Native Americans living on reservations and in traditional villages were the most undercounted people in the 2010 U.S. Census. This year, tribal leaders throughout the U.S. are urging American Indians and Alaska Natives to be seen and counted in the 2020 U.S. Census.

The Census, mandated by the Constitution, counts all people living in the United States every 10 years. The resulting data is used by federal and state governments to determine political representation and allocate funds for education, social services and other programs. An undercount translates into less money, less political representation and access to fewer resources.

The Census Bureau estimates that it undercounted American Indians living on reservations and Alaska Natives in villages by approximately 4.9% in 2010. This was more than twice the undercount rate of the next closest population group, African Americans, who had an undercount rate of 2.1%. This undercount was a significant improvement over previous Censuses. In 1990, the Census overlooked more than 12% of American Indians and Alaska Natives living on their traditional lands.

The U.S. government has been counting and tracking American Indians since the early 19th century, creating numerous “rolls” or lists. These rolls have been used for many reasons – to remove tribes from west of Mississippi, to pay annuities outlined in government-to-government treaties or to divide up tribal landsinto individual parcels. Given this long history of counting Native Americans, why has the Census Bureau undercounted so many Native people?

Barriers to an accurate count 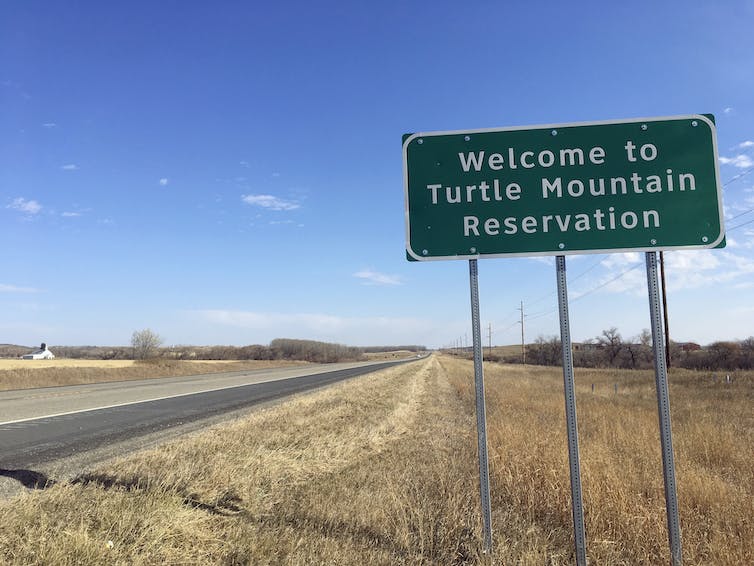 Some traditional Native American lands may not have street addresses, information requested in the census count. AP Photo/Blake Nicholson

American Indians and Alaska Natives have proven challenging to count for a number of reasons. Perhaps most importantly, many American Indians and Alaska Natives do not trust the federal government. Federal Indian policies have removed tribes from their traditional lands and forced Native children to leave their families to attend boarding schools. For some tribal citizens, the arrival of a federal official on their doorstep can conjure up memories of the historical trauma their parents and grandparents faced at the hands of the U.S. government.

Some Native people who are willing to engage with the federal government may be wary about whether their information will remain confidential and protected. Some researchers have taken advantage of Native people’s trust and misused their informationin the past, making them leery of how data collected about them will be stored and used. 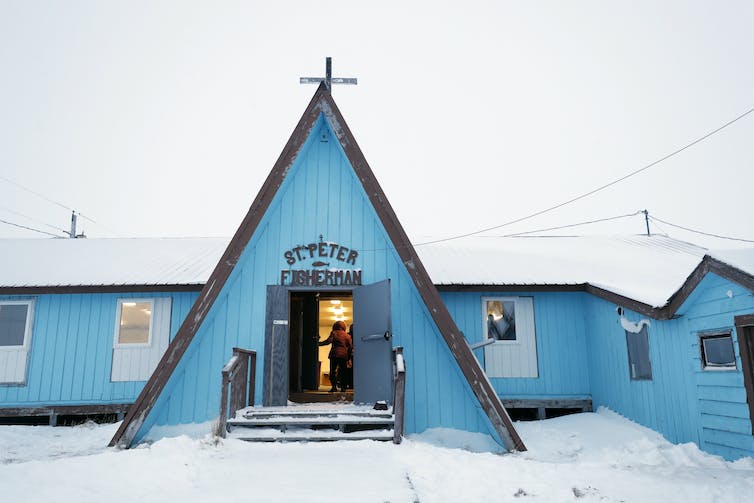 American Indians and Alaska Natives can be hard to count simply because more than 25% of them live in hard-to-count areas. For example, the 2020 U.S. Census was kicked off in Alaska Native villages in January because it can be easier to reach remote villages before the snow melts.

Some American Indians and Alaska Natives share the characteristics of other hard-to-count populations in rural America such as poverty, isolated locations, housing insecurity and a lower rate of high school graduation.

Finally, the Census is not well designed for American Indians or Alaska Natives. Not all American Indians and Alaska Natives speak English. This year, the census form is translated into a single Native American language, Navajo, even though there are approximately 175 Native American languages spoken in the U.S. today. Some Native communities in Alaska and New Mexico are providing their own translations and instructions in their languages.

Others face challenges because the forms do not provide enough space to write their names or the names of their tribes. They may not be able to provide the kind of address that is required because they use a post office box or because there are no street addresses. Still others, especially if they are mixed-race, may struggle with which box to check. Even if they are tribal citizens, in the past they may not have been counted as Indian people under federal law or have been eligible to receive federal services for Indians.

In addition to these barriers, the 2020 U.S. Census will rely heavily on the internet, technology that a third of Native people living on reservations and in traditional villages still cannot access.

Native leaders know that Census undercounts diminish their political power and the funding appropriated to them by the federal government. Politically, an accurate count ensures that Native peoples receive the congressional representation they deserve.

Census data also informs federal policy. The U.S. Constitution recognizes tribes as sovereign nations that engage in government-to-government relationships with the federal government. Congress, rather than the states, is authorized to make federal Indian policy. Federal officials, members of Congress and tribal leaders rely on Census data to develop policythat effectively meets the needs of Native people. For example, inaccurate counts of Native youth may limit the behavioral health services provided to them, even though they face higher risks of suicide and substance abuse than other youth.

The federal government allocates nearly US$1 billion in annual federal resources to Indian Country based on Census data. American Indian and Alaska Native governments use this money to provide educational assistance for low-income children, employment and training programs, health services, special programs for elders, and Indian housing and community development. Without an accurate count, tribal governments do not receive adequate funding for these programs and are less able to meet the needs of their people.

Native leaders across the U.S. have been working to educate Native people about the importance of being counted in the 2020 U.S. Census. The National Congress of the American Indian, the oldest, largest and most representative American Indian and Alaska Native organization, has undertaken a public education campaign and designed a toolkit to help tribes and native people participate in the Census.

Tribes have devoted considerable energy and resources to preventing another undercount. Beginning in 2015, they have consulted with the Census Bureau on how to build collaborative relationships to overcome the barriers to counting people in Indian Country. Tribal leaders are using their expertise in reaching their own communities by developing outreach plans to encourage tribal participation and hiring tribal citizens to collect Census data. For tribes, an accurate count will enhance their ability to exercise sovereignty over their lands and people.

To read the original story and read related stories, follow this link to The Conversation website.  https://theconversation.com/indian-country-leaders-urge-native-people-to-be-counted-in-2020-census-1...