Preventing wildfires by setting them in the U.P. Prescribed burn in the Hiawatha National Forest in late June 2016. The objective of the burn was to improve wildlife habitat. Image: U.S. Forest Service

“Only you can prevent wildfires.”

For 75 years, Smokey Bear has used this anthem to promote fire safety. Today, agencies like the Michigan Department of Natural Resources (DNR) and the U.S. Forest Service tackle wildfires through a contradictory method: by starting them.

“Smokey is highly recognized as a great symbol who does great work,” says Brenda Dale, the fire management officer for the Upper Peninsula’s Hiawatha National Forest – East Zone. “But throughout the country – and in the U.P. specifically – everything has evolved with some sort of fire. Decades of suppressing all fires has led to many environmental problems we’re tackling today.”

Wildfires are more than the out-of-control fires burning everything in their wake that popular culture depicts. They include any unforeseen fire of any size lit by any source.

Since 2000, around 72,400 wildfires have burned around 7 million acres each year in the United States. In Michigan, approximately 600 wildfires are reported each year. DNR keeps an interactive map with details of all wildland fire incidents, and  the Forest Service promotes one that shows fire conditions throughout the state.

Celeste Chingwa, the DNR’s U.P. resource protection manager, says that drought played a role in the wildfire patterns this year. More fires happened in late summer rather than spring like normal, and quite a few were lightning-started ones up in the high country. But while drought changed the pattern of fires, this year’s reported wildfires were 49 compared to 65 in 2018. 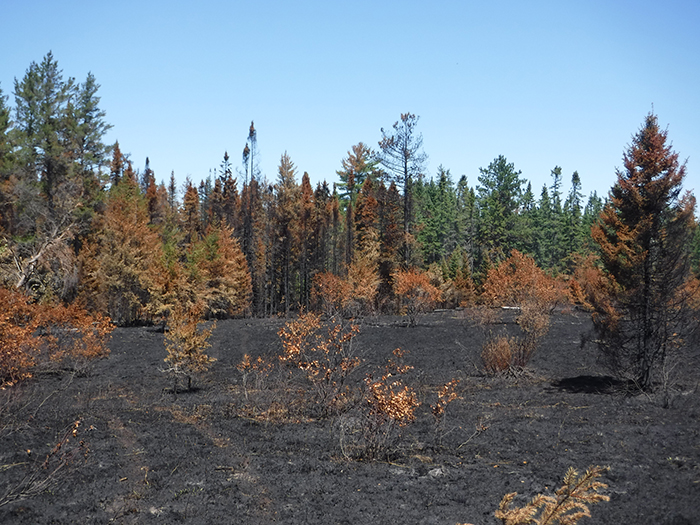 Hiawatha National Forest one month after a prescribed burn in late June 2016. When a large fire burns through this region, the dead and dying trees act as critical forage and nesting habitat for the Black-Backed Woodpecker (species of special concern in Michigan). Image: U.S. Forest Service

“The U.P. is a very large area, so the spotty rain this year played into why we didn’t see as many fires,” Chingwa says. “Some areas get flood conditions while others experience drought. How weather systems move through the U.P. plays a major role in if and where we see wildfires.”

The drought played another role this fire season: allowing for more prescribed burns. DNR and the Forest Service intentionally set fires to remove “fuels” – underbrush and other flammable materials – that allow wildfires to spread.

“Because it was so dry this year, we were able to do a lot of site prep burning in areas we normally can’t reach because they are so wet,” Dale says.

By creating these “fuel breaks,” wildfires have a harder time jumping – slowing them down so firefighters can stop them. In the U.P., this is critical to protecting peatland during drought periods like this summer. Dale calls peat the “lungs of the U.P.,” taking carbon dioxide out of the air. If that peat were to catch fire, all of the captured carbon would be released back into the air.

“Prescribed burns are ecosystem management,” Chingwa says. “We look at what different species need – like the endangered Karner blue butterfly and Kirtland’s warbler – and plan fires accordingly. We look at what invasive flora we need to burn to encourage native species management, the environmental conditions needed to target those plants, and plan burns accordingly.” 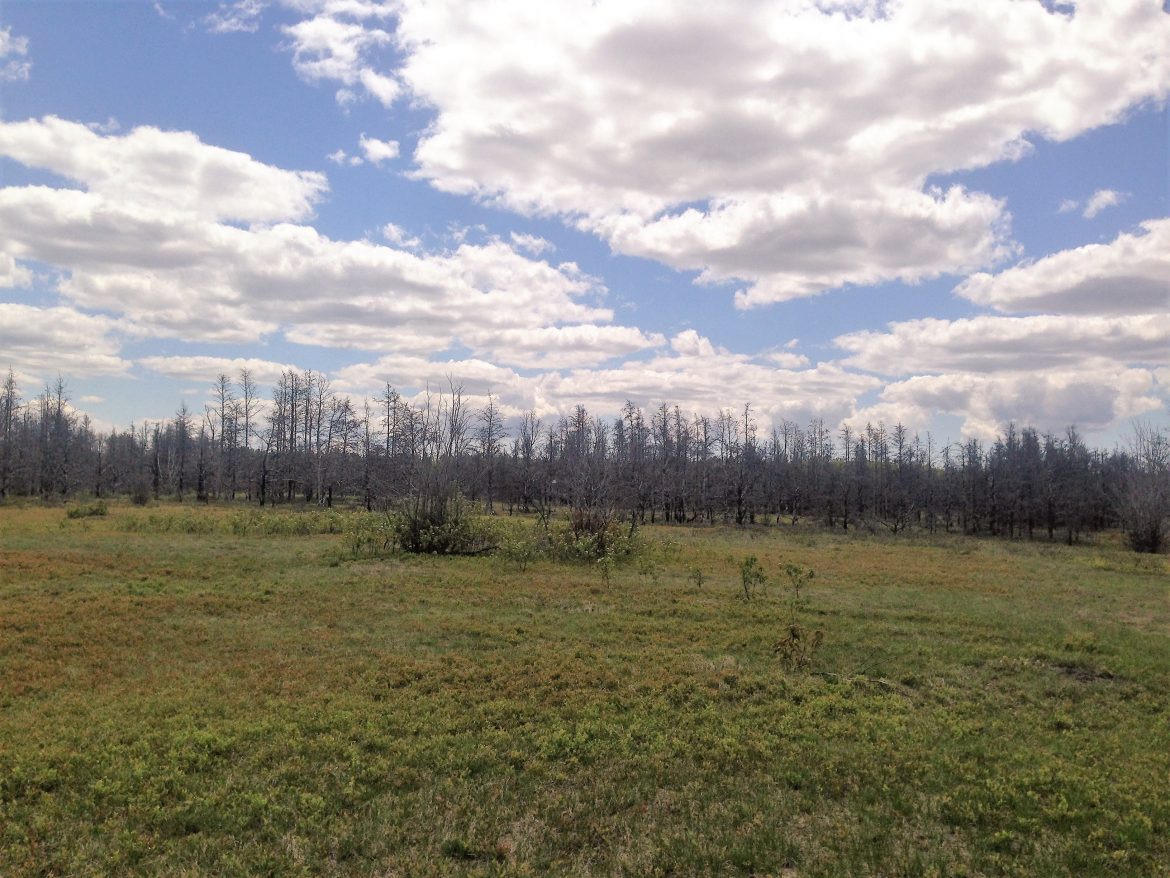 Dale recalls seeing a plant emerge following one prescribed burn and thinking it was a new weed. It turned out to be rock harlequin, a native plant that needs fire for its seeds to germinate.

“No one on my team knew what it was at first, no one had seen it before,” Dale says. “Those seeds sat dormant for decades waiting for a fire to create the fertile, open soil needed to thrive.”

Another plant thrives following prescribed burns in the U.P.: blueberries. The controlled fires rejuvenate bushes and cut back reindeer moss, which adversely impact blueberry plants. They also help with morel mushrooms and create open areas that draw wildlife for hunting.

“People who live in the U.P. who hunt, who hunt for morels, who pick blueberries, they get it,” Dale says. “They ask us for maps of where we plan to burn so they know where to look.”

Prescribed burns improve more than just the environment. Chingwa says that since prescribed burning replaced old fire suppression policies, continuing education programs for firefighters have grown. They are able to learn how fire acts in wildfire scenarios and practice techniques in controlled settings.

Areas for recreating that undergo a prescribed burn are also safer since the fuels that could lead to human-caused wildfires have been removed.

“Yoopers are great supporters of prescribed burns,” Dale says. “The Native American population in the U.P. sees it as a part of their history, which we’ve also found through tree ring studies and peat core testing. Everyone wants to see it continue.”

The prescribed burns this summer will help prevent potential stray wildfires through the winter. While fire season officially closes after the first snowfall, Chingwa says the U.P. could have an Indian summer – also known as a dryer, warmer fall into winter – that could lead to late-season fires.

Dale recalls a wildfire on the north shore of Lake Superior in November 2017 after the first frost of the season.

“There was no snow cover, low grasses and 48 mph winds. Fire burned 20 acres before it went out,” Dale says.

Whether it’s fire season or not, DNR and the Forest Service are preparing for the next wildfire.

“I like fire,” Chingwa says. “It may be hard to hear that, but I’ve done this job for almost 35 years to help keep the public safe. Like Smokey Bear programs, protecting the public is the main part of our job. That’s why we plan year-round. We’re always looking to make ourselves better.”

To read the original article and read related environmental reporting, follow this link to the Great Lakes Echo website.  http://greatlakesecho.org/2019/11/15/preventing-wildfires-by-setting-them/