Greenwood, the new novel by Michael Christie, who grew up in Thunder Bay, Ont., looks at families, love and secrets against the backdrop of the "magic" of trees. The book has been named to the longlist for the Scotiabank Giller Prize. Photo: Cathy Alex/CBC

"Trees are such a powerful way of connecting us with the past, because they are so ancient and they have existed for so long on this planet."

The book, which has earned Christie his third longlist nomination for the Scotiabank Giller Prize, is structured like the growth rings of a tree, spanning generations and revealing, layer by layer, one family's secrets.

Growth rings of a tree are like 'pages of a book'

The idea came to him after he cut down a small Douglas fir on his property on Galiano Island, B.C., where he now lives.

"I looked at the growth rings of the stump and I realized that it looked like the pages of a book," he said. "I had a sense of looking back into time."

The story travels through time, beginning in the year 2038 when the world is trying to come to grips with the environmental collapse known as the Great Withering. Scientist Jacinda Greenwood, known as Jake, is a tour guide on Greenwood Island, off the coast of British Columbia and home to one of the planet's last remaining forests. From the there, the book rewinds to visit the years before the First World War, then the Great Depression, the 1970's and then back to the future for the conclusion.

The issue of climate change and deforestation and how that is affecting trees and plants was "constantly" on Christie's mind as he wrote the novel.

'Our most treasured objects are made of wood'

"Some of our most treasured objects are made of wood. Think of great instruments like a Stradivarius, the canes, the antique tables, the family heirlooms," he said.

"If you think about the significance that wood has for human beings and how intertwined we are with this creature that we've lived with for millions of years, it's uncanny." 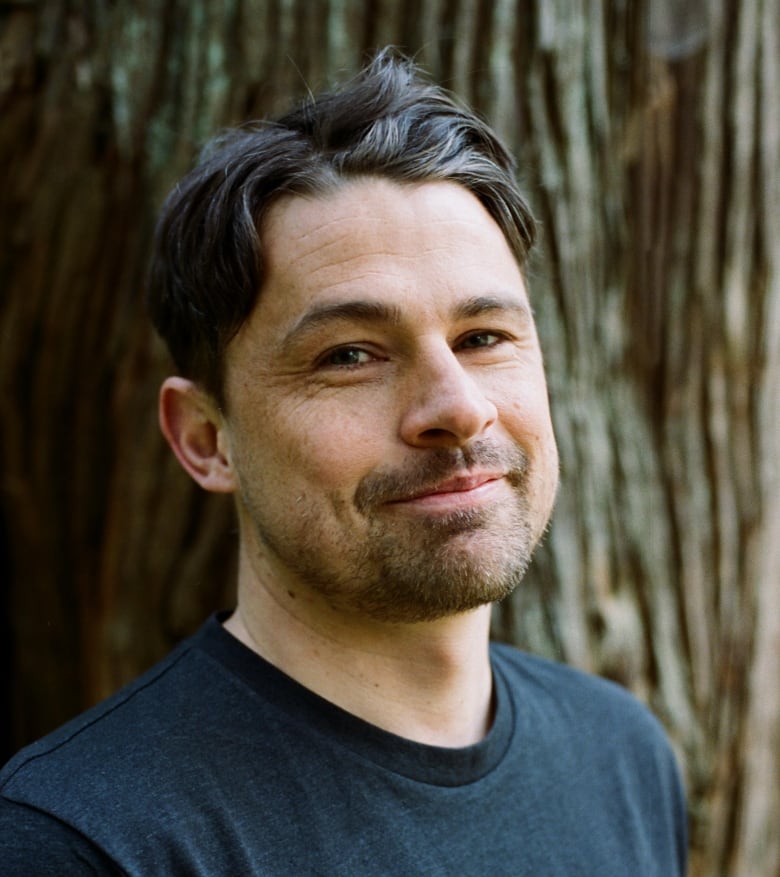 Michael Christie was born and raised in Thunder Bay. He says his writing is still influenced by his youth in northwestern Ontario. Photo: Alana Paterson

Growing up in the northwestern Ontario city of Thunder Bay, surrounded by the boreal forest and its associated industries had a "tremendous" impact on Christie, who says he thought of those childhood memories and experiences as he crafted Greenwood.

"When you grow up in a resource-based economy like that, it shapes you in terms of the respect I have for the people who do that work and those industries, while at the same time you become aware of the damage human beings have inflicted upon the natural world and the sort of recklessness with which we've torn it up. And so those two feelings are very present throughout the book."

"Wood is time captured. A cellular memory. A record".. That idea is at the heart of the latest novel from Thunder Bay-born author Michael Christie.. He talks with Cathy Alex 7:58

Christie is unsure what message individual readers will take away from the book, but he does have one wish.

"I really do love the idea of sensitizing the reader to the wonder of trees. They are incredibly complex. They are ancient. They provide us with life, and we take them for granted," he said, adding that he hopes the novel can reawaken people "to the amazingness of so much of what is around us. If I can do that, then I'd be a happy writer."

To read the original article and hear an audio interview with the author, follow this link to the CBC News website.  https://www.cbc.ca/news/canada/thunder-bay/michael-christie-greenwood-thunder-bay-trees-1.5298839