How rollbacks to the U.S. Endangered Species Act could impact conservation in Canada The monarch is a cross-border species that might suffer under the Trump administration's rollback of parts of the Endangered Species Act. Photo: Michael Fiala/Reuters

The U.S. Endangered Species Act has been called the pit bull of environmental law.

"It's short, compact, and has a hell of a set of teeth," is how Donald Barry, vice-president of the World Wildlife Fund, described the landmark legislation more than a quarter century ago.

But the law got kicked in its teeth this week.

On Monday, the Trump administration made some of the most significant changes to the act in decades, ending automatic protections for threatened species and removing directives that basically put wildlife conservation ahead of economic development.

"The timing of this decision is completely off," said James Snider, vice-president of science, research and innovation at WWF Canada. "It's a move in the wrong direction, in stark contrast in terms of what wildlife and, arguably, nature and people need at this time."

And, as with many actions taken south of the border, Canadians who work in conservation say the changes will have an impact here. 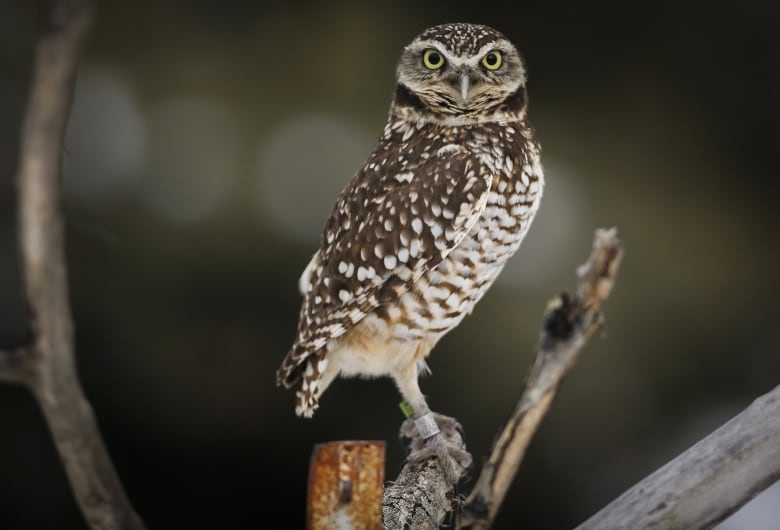 Enacted in 1973, the Endangered Species Act (ESA) has been credited with helping to save many species from extinction, including the bald eagle, the grey whale and the grizzly bear.

"Probably hundreds of species would have gone extinct had there been no ESA," said University of Toronto associate professor Andrea Olive, author of Land, Stewardship, and Legitimacy: Endangered Species Policy in Canada and the United States.

But the ESA has long been a source of frustration and anger for some business interests in the U.S. The law has restricted where oil companies can drill, where farmers can cultivate and where real estate developers can build — all for the sake of protecting plants and animals at risk.

Conservationists say the changes to the ESA announced this week will help change that, effectively putting industry before species recovery.

And when the new U.S. rules go into effect in the next month or two, they will likely have significant ripple effects in Canada, particularly since this country shares a large number of species at risk with the U.S. 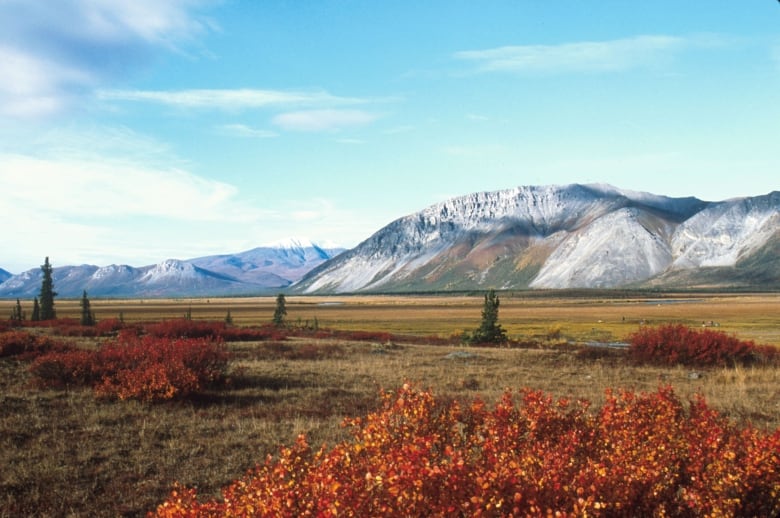 The Arctic National Wildlife Refuge in Alaska is one of the areas the Trump Administration wants opened up to exploratory drilling. Photo: Steven Chase/U.S. Fish and Wildlife Service/Getty Images

"When they change how they are protecting their species, it changes what we can do to recover and protect our species," said David Browne, director of conservation at the Canadian Wildlife Federation.

If, for example, a particular species is fairly rare in Canada but more common in the U.S., much of the potential for protecting the species and helping it to recover rests with the U.S.
"These changes are deeply concerning. The world is in a biodiversity crisis and we need to be doing more, not less," Canadian Environment Minister Catherine McKenna said in a statement to CBC News.

A recent United Nations assessment found that extinction is looming for more than one million species of plants and animals.

But Canada's not doing so well with conservation either.

The federal Species at Risk Act only applies to federally owned land. Provinces such as B.C., Alberta and Saskatchewan have no standalone laws of their own for the specific purpose of protecting endangered species.

"It was [the U.S.] law that was protecting species," Olive said. "And the reason we have as many species as we do in Canada is because they've been protecting them, not us."

Ontario does have a provincial Endangered Species Act. But earlier this year, the Progressive Conservative government announced proposed changes that would allow municipalities and developers to pay a fee in lieu of taking certain actions to protect species at risk.

Snider says the proposed changes "eerily reflect" those being made by the Trump administration to the U.S. act.

Other measures in Ontario's plan include allowing the province's environment minister to suspend the species and habitat protections required once a species is listed as endangered or threatened, for up to three years.

It also would allow the provincial committee that makes listing decisions to take a species' status outside Ontario into consideration. For example, the grey fox is listed as threatened in Ontario but is common and not at risk of extinction in other parts of the country.

"It's wise to understand the whole scope of the species. Many of the species move across borders," Ontario Environment Minister Rod Phillips said when the changes were proposed back in April.

But with the changes coming to the ESA in the U.S., conservationists say it's no longer a sure thing that species will be protected south of the border.

Snider points to the monarch butterfly as an example. Its huge swaths of milkweed habitat have been all but obliterated in both Canada and the U.S. by farming and real estate development.

The iconic orange and black butterfly is currently listed in Canada's Species at Risk Act as a species of special concern, but was recently assessed as endangered by the Committee on the Status of Endangered Wildlife in Canada (COSEWIC), which advises the environment minister.

In the U.S., the monarch is currently under consideration for listing in the ESA. A decision isn't expected until the end of next year. If the butterfly is listed only as threatened, under Trump's changes it will no longer automatically receive the same legal protections as a species designated as endangered, such as the automatic protection of its habitat.

"This legislative change in the U.S. under ESA may have real world consequences in terms of the efforts for protection or recovery of monarch populations across the continent," Snider said. 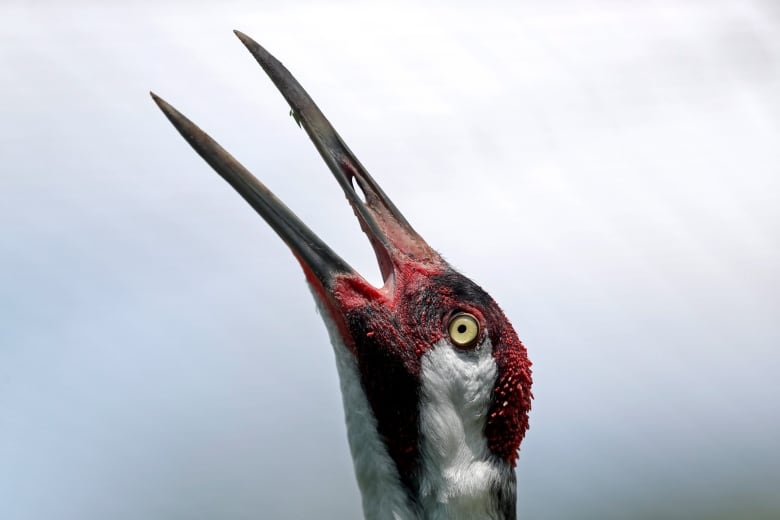 The whooping crane is an example of a species that is the focus of conservation work on both sides of the border. Photo: Gerald Herbert/The Associated Press

The whooping crane and the sage grouse are two more species that rely on cross-border co-operation for recovery.

"You would hear that with the sage grouse, 'Oh, it's endangered in Canada; don't worry they have it in the U.S. Let's not worry about it. Their law will protect it'" Olive said. "We can't do that anymore. We can't be as sure that they really are protecting these things." 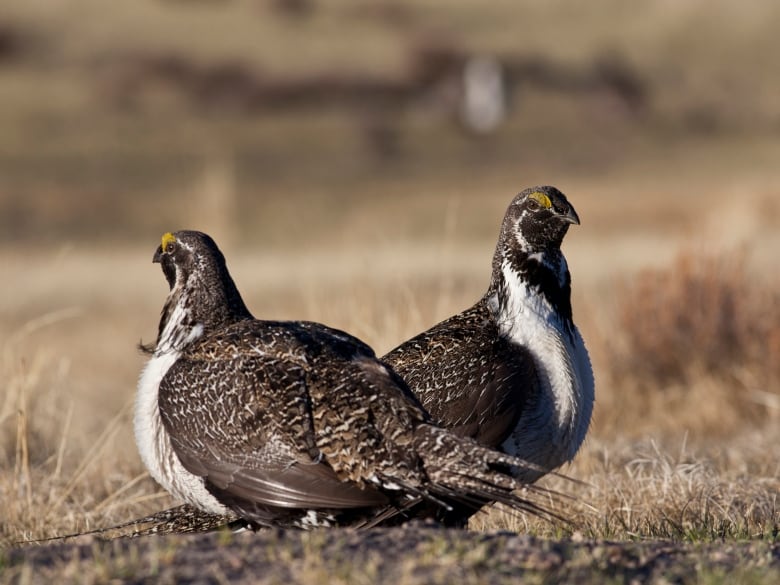 A pair of sage grouse in the American grasslands. Photo: Bob Wick/BLM/Reuters

David Browne of the Canadian Wildlife Federation said people will continue to do good work to help protect species at risk whether there's an effective law or not.

"The difference," he said, "is you can't stop people from doing bad things to species at risk if you don't have a law to protect them."

Against the backdrop of legislative rollbacks and rule changes, there is some potential good news for Canadian and American conservationists.

A bipartisan bill called the Recovering America's Wildlife Act is currently making its way through Congress. It would provide $1.4 billion US a year to help imperiled species to recover before they reach the point of needing to be listed as threatened or endangered.

And last year in Canada, the Liberal government pledged $1.3 billion over five years to support Canada's biodiversity and species at risk.

To read the original article and read related reporting, follow this link to the CBC News website. https://www.cbc.ca/news/technology/trump-endangered-specie-act-roll-back-canada-species-at-risk-brow...