The overnight rain in northwestern Ontario has helped reduced the fire hazard in the region. (James Brown )

The fire hazard in northwestern Ontario has been reduced thanks to the overnight precipitation in the region, according to the ministry's fire information officer Chris Marchand.

"Overnight rainfall did show anywhere from 10 to nearly 40 mm at different locations across the southern half of the region," Marchand explained, "which is the part of the region that really needed it."

He said the fire hazard in northwestern Ontario is currently low thanks to the rain as there has been no new fires reported on Monday.

Despite this weekend's rain, Marchand said the restricted fire zone in the region is still in place as "conditions may not be receptive for lightning fires at the moment," but can rebound after a day or two of drying. 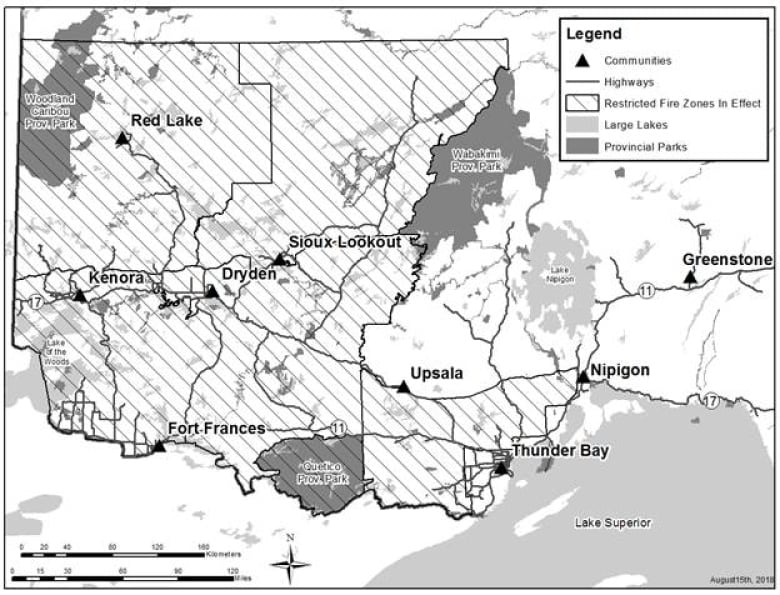 A restricted fire zone remains in northwestern Ontario. This map shows which regions are under a fire ban. (MNRF)

​Currently in the region, there are 60 active forest fires with seven of them not under control and 42 of them under observation.

"Caution is the approached at this point," Marchand said.

"We're expecting a bit of a quiet day today."