Photo: Welcoming the Year of the Rabbit in Taiwan in 2011. Jimmy Yao/flickr, CC BY-NC-ND

On Jan. 22, 2023, more than a billion people globally will welcome the Year of the Rabbit – or the Year of Cat, depending on which cultural traditions they follow – as the start of the Lunar New Year. In the New York City public school district, Lunar New Year has been observed as a school holiday since 2015.

The Lunar New Year is sometimes called the Chinese New Year, because it follows a calendar that was developed in China; but it is also celebrated in various parts of Asia, such as Korea and Vietnam. Tibetan and Mongolian cultures follow a similar calendar that will start the Year of the Rabbit about a month later, on Feb. 20.

While this calendar is sometimes just called “lunar,” it adds an extra month every few years to stay in sync with the solar cycle, so it’s technically lunar and solar, or lunisolar. This means that the date of the Lunar New Year in the Gregorian calendar changes from year to year but always falls in January or February. The Gregorian calendar is the solar calendar used today in most parts of the world, including the United States.

While this lunisolar calendar brings people together, different countries and cultures have their own legends and customs surrounding the New Year. Even the animal associated with the year can vary.

In most parts of East Asia, the new year that begins on Jan. 22 corresponds to the rabbit, and also to the element of water and the feminine yin force. The cycle takes 60 years to complete, so 60th birthdays across East Asia are times for special celebrations.

However, the animal associations of the zodiac can vary: In Vietnam, Jan. 22 will usher in the Year of the Cat instead. The most recent Year of the Cat, in 2011, saw a baby boom in Vietnam because of the good luck associated with that zodiac sign.

One explanation among scholars for why Vietnamese culture celebrates it as the Year of the Cat is that the earthly branch corresponding to “rabbit” is pronounced mao in Mandarin and meo in Vietnamese, which sounds similar to the Vietnamese word for “cat.” 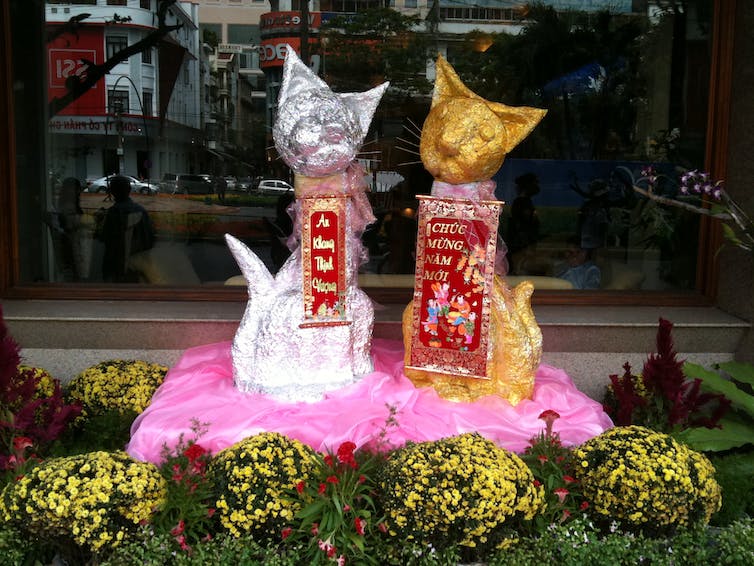 Another explanation comes from two variations of a popular legend about how the 12 zodiac animals were chosen. According to that legend, either the Buddha or the Jade Emperor, head of the Chinese pantheon, organized a race across a river to choose the zodiac animals and their order.

In the Chinese version, the cat and rat were riding across a river on an ox when the rat, in its drive to be first, pushed the cat into the water so that the cat arrived last and was disqualified. The rabbit was crossing the river by hopping on stones sticking out of the water, but with one lucky leap it landed on a floating log that swiftly carried it to shore, so that the rabbit finished fourth. However, in the Vietnamese version – which lacks a rabbit – the cat could swim and ended up arriving fourth. 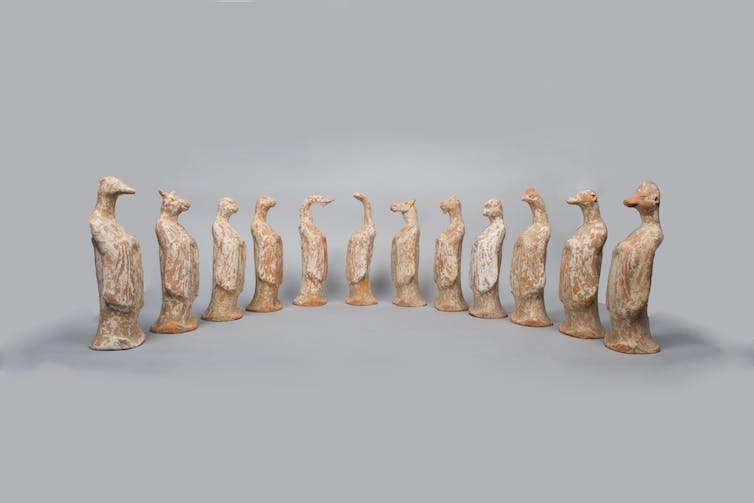 In the Chinese tradition, people born in particular zodiac years have some of their animal’s characteristics. Since the late 20th century, Chinese regions have seen birth rates spike during Years of the Dragon because dragons are powerful symbols of good fortune and success.

Some animals carry strongly gendered meanings: the Year of the Tiger is widely seen as a good year for male births, but female tigers are stereotyped as overly aggressive. In Korea, the Year of the Horse is similarly perceived as a bad time for girls to be born.

Conversely, the Year of the Rabbit is seen as a better year for girls because the rabbit’s qualities of kindness, empathy and patience are stereotypically feminine virtues. Moreover, rabbits have been associated with male homosexuality since the 18th century, and the word “rabbit,” tuzi in Mandarin, is a slur for male sex workers. The stigma surrounding homosexuality in Chinese cultures means that, for some people, having a boy in the Year of the Rabbit would be less ideal. However, some members of Chinese LGBTQ+ communities are rejecting this stigma by reclaiming the Rabbit God as a patron deity. 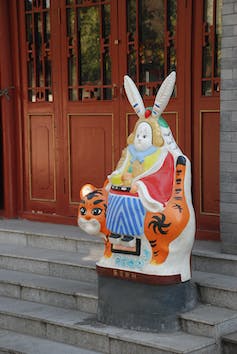 Statue of the Rabbit God, Tu'erye, in Beijing. 高晶 at Chinese Wikipedia via Wikimedia Commons

The Rabbit God is not always understood as a god of male same-sex love. He can also be a symbol of longevity. Chinese lore holds that a rabbit and toad on the Moon work with the moon goddess Chang’e to refine the elixir of immortality. 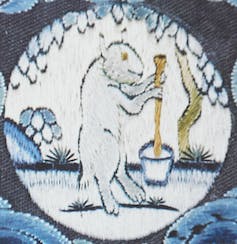 White rabbit on the Moon making the elixir of immortality. An artist from the Qing emperors' court via Wikimedia Commons

Celebrating the Year of the Rabbit

The Year of the Rabbit will feature rabbit decorations, rabbit-themed marketing, and an abundance of new pet rabbits. However, the celebration will remain the same as in other years.

Chinese Lunar New Year celebrations emphasize family togetherness as well as good luck and prosperity for the coming year. In China, the Lunar New Year marks the world’s largest annual human migration, as people who work in big cities travel home to see their families for the two-week holiday.

The new year officially ushers in the spring, so it is also called Spring Festival, or Chunjie in Mandarin. To start the New Year on the right foot, people get haircuts, clean their houses and wear new clothes. These new clothes, like most New Year’s decorations, are red, which symbolizes good fortune.

New Year’s foods also aim to bring good fortune. Among the dishes commonly eaten at New Year’s are fish, because in Mandarin “having fish,” you yu, is a homophone for “having a surplus.” Eating a dessert of glutinous rice balls in sweet soup, known as tangyuan, represents the family being complete, because the word for round, yuan, also means “complete.”

Family is the focus of New Year celebrations, which traditionally take place in the home of the husband’s family. Adults generally give gifts of money in red envelopes to younger relatives who are still in school. On the second or third day of the new year, families often travel to the wife’s family home to see the in-laws. 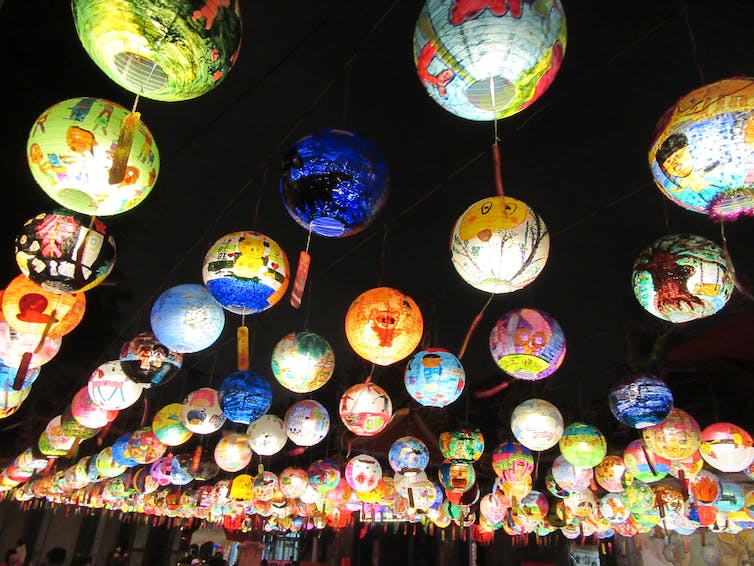 The Lantern Festival, Yuanxiao jie, wraps up the festivities two weeks after the New Year begins with the first full moon of the year. As the name suggests, people celebrate with decorated lanterns, which often have riddles attached. In addition to guessing the answers to these riddles, people celebrate by eating tangyuan or similar round dumplings called yuanxiao, and watching dragon and lion dances.