By Joe Nelson and Meteorologist Sven Sundgaard - Bring Me The News - November 18, 2022

It's beginning to look like a lot like Christmas in Minnesota and there may be no turning back.

On Thursday, NOAA's Climate Prediction Center updated its winter outlook for December-February and it paints all but the southwest corner of Minnesota in an area where above normal precipitation is possible.

It specifically suggests most of Minnesota has a 33-40% chance of above normal precipitation. And because the outlook also calls for a likelihood of below normal temperatures, the precipitation would undoubtedly fall as snow. 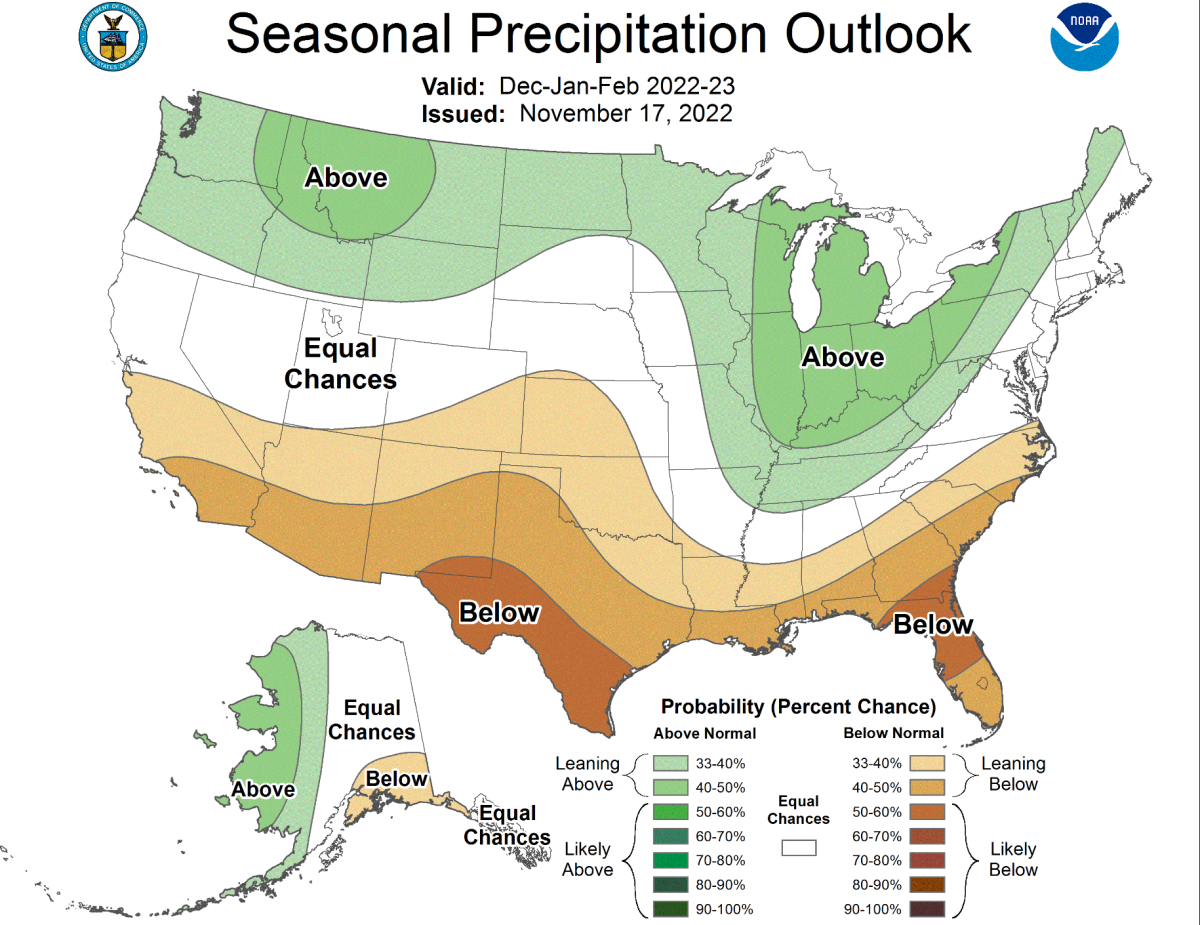 "This is about the time of year that we can start to see the winter pattern shape up. If you recall, over a month ago I talked about a shift sometime in mid-November and that’s happened," said Bring Me The News meteorologist Sven Sundgaard. "The first part of winter at least has all the fingerprints of La Nina and that means likely colder than normal conditions, but the snowfall picture could be mixed." 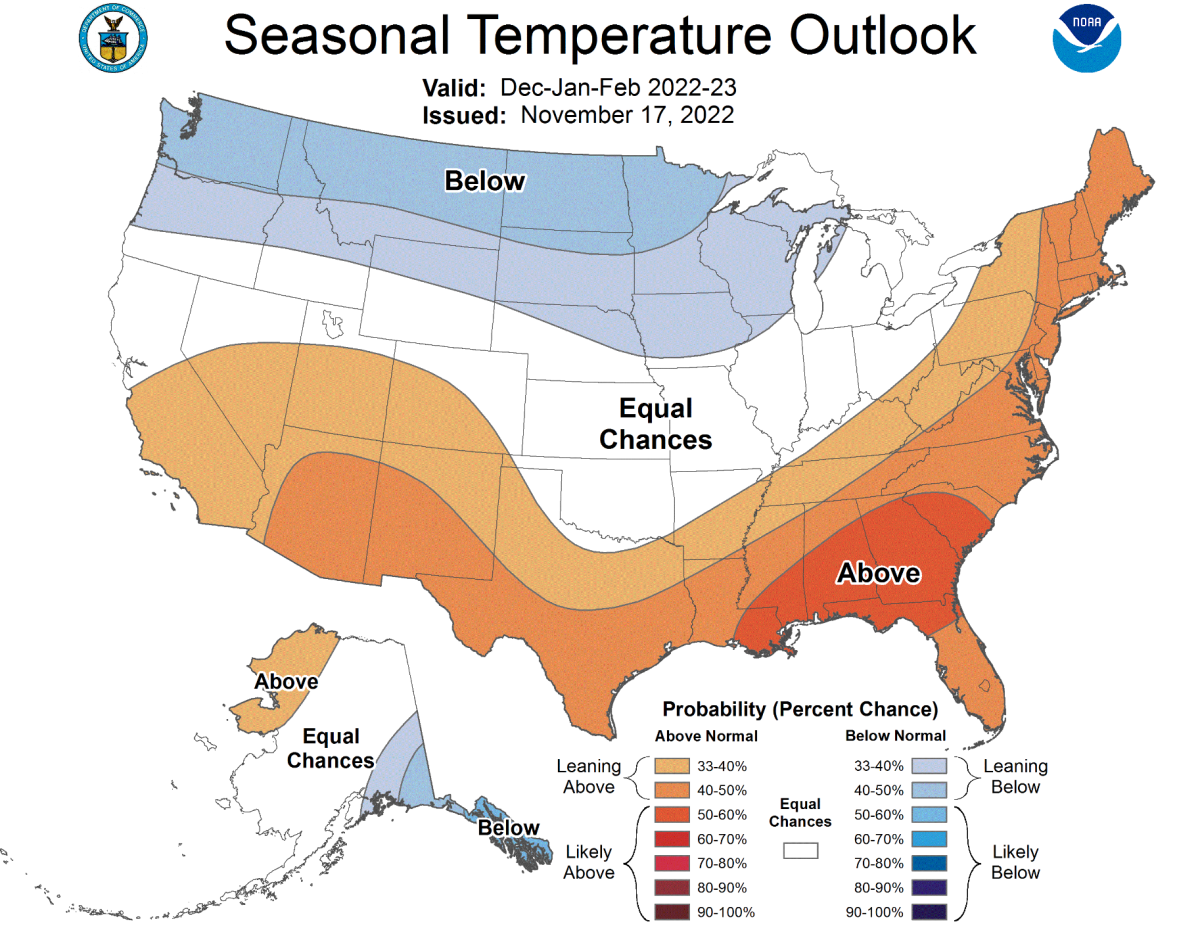 Sven appears to have nailed the outlook in his Oct. 26 article titled "When will Minnesota reach the no turning back point of winter?" He wrote: "There is something brewing in the pattern. Whether we get 1 or 15 inches of snow is anyone’s guess, but the probability of seeing snowier and colder conditions definitely increases later in November."

The 30-year climatological norms (1981-2011) reveal an average December snowfall total in the Twin Cities of 11.5 inches, 12.3 inches in January and 7.8 inches February. So the new outlook slightly favors higher totals.

The temperature outlook issued in October by the Climate Prediction Center is nearly identical to their updated outlook. But putting Minnesota in line for above normal precipitation is a change from the October outlook, which didn't suggest anything out of the ordinary for the entire state, with the exception of Cook County in the Arrowhead. 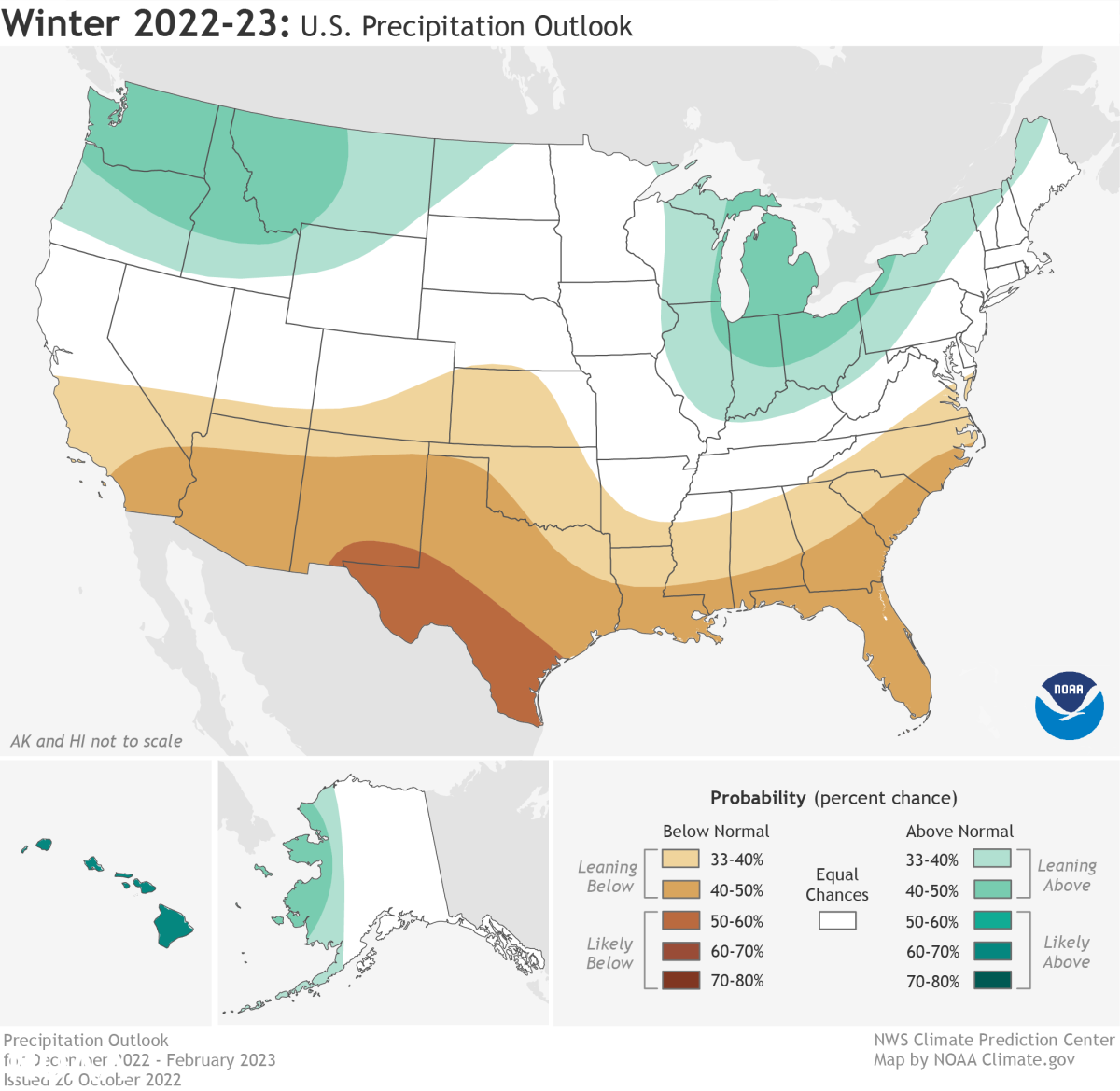 This October outlook for December-February has changed.  NOAA

It has certainly been a snowier than usual week in Minnesota. MSP Airport has picked up 4.5 inches of snow this week, with another half inch to an inch expected Friday night as a cold front moves through.

And there is potential for a system to bring snow around Thanksgiving.

"There is a chance that a clipper system could bring a snow or rain/snow mix across the region over the Thanksgiving Weekend. There is quite a bit uncertainty in the track of this system, so not too confidence of the what/where/when details just yet," says the National Weather Service. "As of now, it does look like areas along and north of I-94 have a better chance of seeing precipitation than areas along I-90."