Photo: Paula Costa and her son Andre Pires, the owners of Sweet Nata, are shown in their Portuguese Café in the Bay/Algoma neighbourhood of Thunder Bay, Ont. They're among newcomers to Canada who've added international flair to the city's restaurant offerings. (Sara Kae/CBC)

The food scene in Thunder Bay has seemingly more options than ever before, driven by newcomers bringing a slice of something new to the northwestern Ontario city.

The entrepreneurs say Thunder Bay is now a hot spot for new business because there's a big demand for variety, and the cost of living is significantly lower than big cities such as Winnipeg or Toronto.

Just over 9,000 immigrants live in Thunder Bay, representing nearly nine per cent of the city's population, according to the latest figures from Statistics Canada. Roughly half of those newcomers are from Europe, while the rest are split between Asia, the Middle East, Africa and South and Central America.

Andre Pires and his mother, Paula Costa, who is originally from Portugal, have opened the latest restaurant in Thunder Bay, Sweet Nata, which is named after a Portuguese pastry and is believed to be the city's first Portuguese restaurant.

Costa's husband worked frequently in Thunder Bay, which meant Andre and Paula would come to visit. They noticed the opportunity the city offered for entrepreneurs, she said.

Costa previously owned a café in Portugal and had thought of opening one in Toronto, but found it too difficult due to the affordability and a saturated market. 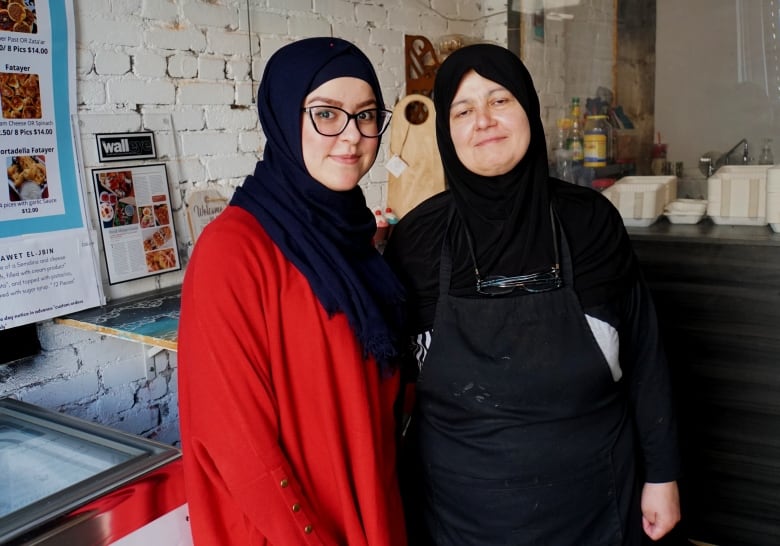 The two are ecstatic to watch their menu and business grow, but in the meantime, they suggest you check out their current menu items, which include, a nata. Think butter tart, but a flakier pastry with a sweet custard filling.

A restaurant for Mideast food lovers

Immigrants and other newcomers are a critical piece for the Thunder Bay economy going forward, according to a 2020 report from Immigration, Refugees and Citizenship Canada (IRCC). It notes the local workforce and base of entrepreneurs are aging fast, and building a talent pipeline would be key for the region going forward.

The report also suggested that every 100 new immigrant families with an average household income would generate more than $9 million in household spending.

The federal government is pushing for immigration as a key part of its economic plan. This fall's economic statement notes, "Immigration is core to our identity as Canadians, while also being a key driver of Canada's economic growth," and aims to see 1.45 million new permanent residents in this country over the next three years.

The mom and daughter team of Duha Shaar and Aya Wadi are two of the refugees who came to Thunder Bay from Aleppo, Syria, in 2017. Now, they run the Royal Aleppo, which is no secret to Middle Eastern food lovers in Thunder Bay.

"I believe having an authentic Syrian restaurant here in Thunder Bay is good," Wadi said. "It helps to tell more about the culture and our story, and at the same time, to have a good variety — for people who are looking for new food to try."

They felt grateful to find a new home where they could start their life, and eventually their business, Wadi said. The two worked closely with the local cultural kitchen at Roots to Harvest, where they were able to focus on building economic access and community for refugees and newcomers to Canada.

Due to the program's success, they were inspired to begin with a small home catering business even though it would be just the two of them the majority of the time.

They are proud of all of their accomplishments and will continue to provide their beloved dishes with a smile.

Aaron Parilla, and his wife, Hazel Capillan, opened Milktease in February 2020 during the height of the COVID-19 pandemic restrictions. They were unsure whether it would work, but were pleasantly surprised when they had to temporally shut down after three days because they ran out of supplies. 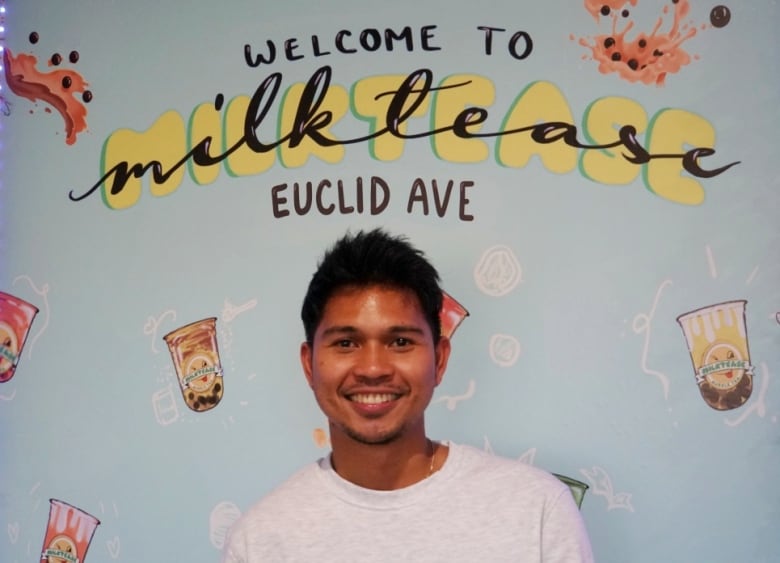 Aaron Parilla is one of the two owners of Milktease, which serves bubble tea. (Sara Kae/CBC)

Parilla and Capillan saw an opportunity to share their love for milk tea (also known as bubble tea or boba tea) in Thunder Bay, knowing there wasn't much on offer in local cafés beyond tea or coffee.

Bubble and milk tea are big in many Asian countries. Parilla tried his first milk tea while visiting family in the Philippines and realized its potential in Thunder Bay's growing food scene.

Since the 2020 opening, they have already expanded to Lakehead University and now Euclid Avenue on the south side of town. The couple always had the intention of growing to multiple locations and are excited to see that happen within three years of opening.

Parilla encourages people to take the chance on their ideas. He does not regret his decision to stay in Thunder Bay and not to move to Toronto.

"The best thing is when someone comes in and they are talking on the phone with someone and they say: "Hey I am at Milktease. Do you want something?' And when you hear that, it's a thing that people just know." Parilla said.

Ryan Moore, with Thunder Bay's Community Economic Development Centre, works with small business and entrepreneurs in the community. He credits international students coming to study at Lakehead University and Confederation College with helping build a market for these businesses.

"A lot of them are looking at their own opportunities, after they had difficulties finding their own foods and their own supplies," Moore said. "They popped up out of their own needs and others that they saw."

They are excited to see what the future holds for them, and say they're here for the long run.

To read this original story and more news, follow this link to the CBC News website.
News, Arts+Culture