How this all-Indigenous production of Grease brings Indigenous humour, culture to the 1978 classic in Thunder Bay Photo: Crystle Lightning and MC Redcloud, sitting in the middle, are shown with the full cast of Bear Grease. The play is an Indigenous-focus version of the beloved 1978 movie musical Grease. (Submitted by MC Redcloud/Bear Grease)

Crystle Lightning says she never saw people like herself reflected in the arts and media.

So along with her husband, MC Redcloud, Lightning thought there was no better way to celebrate their identity, in spaces where they felt Indigenous representation was excluded, than by revamping one of their favourite musicals — Grease.

Their travelling theatre production is called Bear Grease — an Indigenous twist on the traditional story of high school love.

The cast has familiar characters — such as Sandy (played by Olivia Newton-John), Rizzo (Stockard Channing) and Danny (John Travolta). But Bear Grease was written to give each character Indigenous influence, with elements of fashion, humour and music to really make it their own, Lightning explained.

The music has been kept in '50s style, but drums and flutes are brought in to demonstrate more traditional aspects of the culture. There's also a touch of hip hop, to help Bear Grease appeal to younger audiences.

"There is a little something for everyone in Bear Grease," Lightning said.

Lightning and Henry RedCloud met in California, where they formed their hip-hop duo, Lightning Cloud. Together, they have worked with notable names such as Timbaland, Kendrick Lamar and Nicki Minaj.

RedCloud is a rapper who set a Guinness World Record for the longest freestyle rap — for 18 hours straight — in 2014. He used the opportunity to bring awareness to murdered and missing Indigenous women, girls and two-spirit people.

Crystle is originally from Enoch Cree First Nation in central Alberta, but moved to Hollywood as a young child to pursue her acting career. She landed roles in American Pie Presents: Bandcamp, Yellowstone and Outlander. In 2021, she won the award for best actress in a drama series for her role as Maggie in Trickster.

Lightning and RedCloud initially wrote Bear Grease for students at a school in Enoch Cree First Nation, but the pandemic forced them to shelve the idea. They were requested to play at the Edmonton Fringe, a theatre festival based out of the Alberta capital, when they decided to dust off the script for Bear Grease to get it ready within a month of the performance. 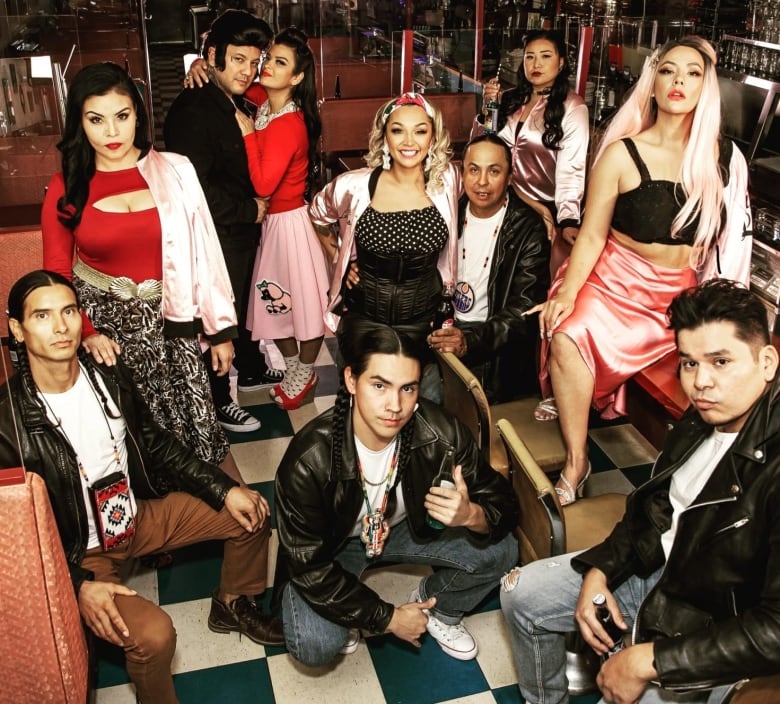 The main cast of Bear Grease, which is set to be performed in Thunder Bay, Ont., in early November, before moving on to Western Canada. (Submitted by MC Redcloud/Bear Grease)

The group enjoys tailoring each show to the communities and territories they are visiting. They'll change last names and language used in the show, to personalize the message and stories that Bear Grease tells wherever they are.

"We changed the show just a little bit," Lightning said. "We add to the show. We add different songs, like we tailor to whatever community that we are going to. So for example, if we're in Treaty 6 territory, in Cree territory, we'll add some Cree words in there."

Bear Grease is not just for Indigenous people, though, and Lightning and her husband have received many positive reviews from non-Indigenous audience members who laughed and enjoyed the story all the way through.

Still, for some older audience members, the show has a deeper meaning.

Lightning described an interaction with an older Navajo woman who went to see the show in Las Vegas, and noted that during the 1950s and '60s, Indigenous people faced discrimination and racism, which meant they felt they couldn't dance and sing in public like the characters do in the show.

Dakota McGuire, an actor from Thunder Bay who plays Patty Simcox, also sees a bigger purpose in the show.

When McGuire was a baby, her mother, Jamie, was killed near Winnipeg. Dakota wears a red jingle dress on stage to remember her and other missing and murdered Indigenous women, girls and two-spirit people.

"Having that Indigenous representation I feel is very important to show our youth and our young people that it's great to be proud of who you are, your identity and where you come from," McGuire said. 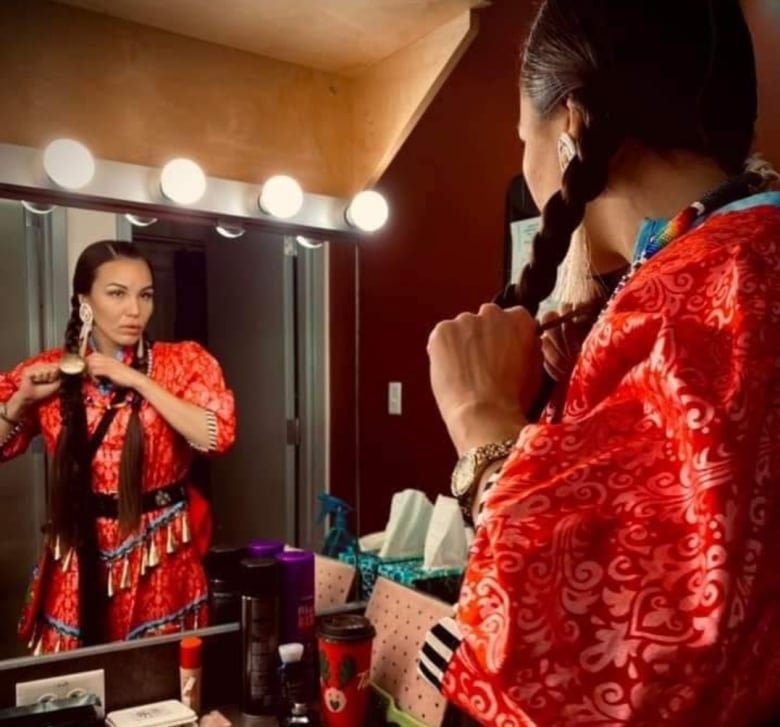 Dakota McGuire, who plays Patty Simcox in Bear Grease, gets ready to go on stage, where she wears her red jingle dress in honour of her mother and other missing and murdered Indigenous women, girls and two-spirit people. (Submitted by MC Redcloud/Bear Grease)

As the show travels across North America, audiences are coming out to watch, and Lightning hopes one day they'll make it to Broadway.

Bear Grease will do a private show for the students at Dennis Franklin Cromarty high school in Thunder Bay, and then hit the Outpost stage at Lakehead University for one night on Nov. 5 at 5:30 p.m. and 9 p.m.

There are also some planned Christmas specials planned for Calgary and Edmonton, with the dates to be announced, but you can check their website for updates on when and where Bear Grease will have performances.

Tickets can be picked up online at Event Brite.