What does an early first snowfall mean for Minnesota's winter? 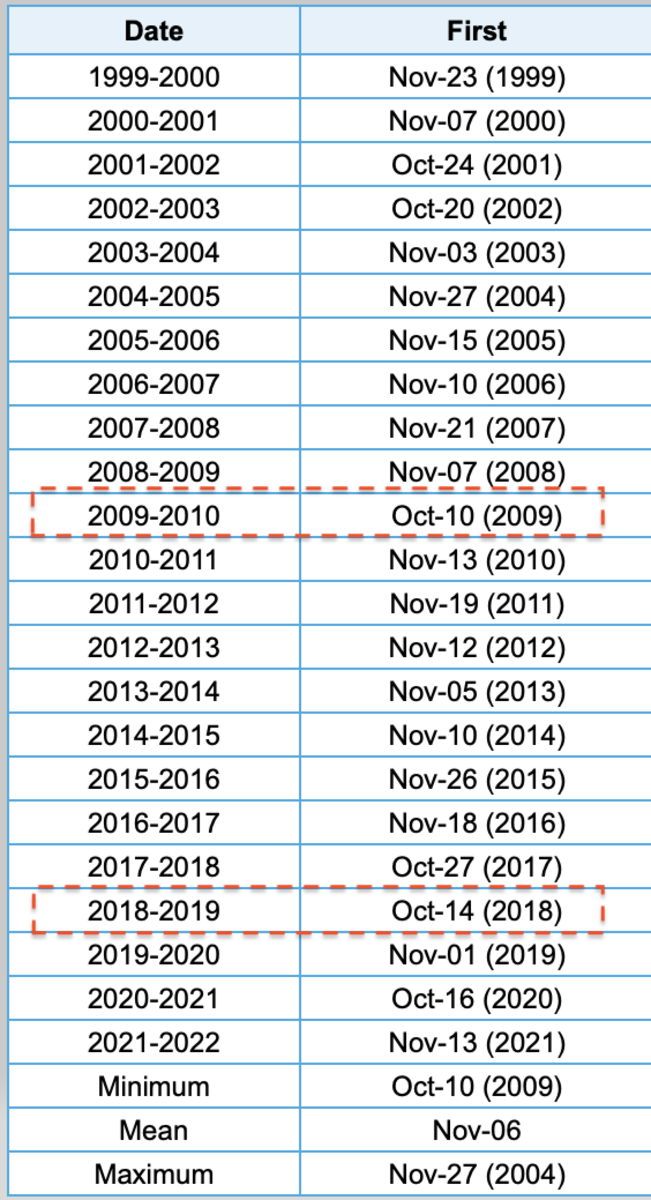 Whenever anything winter-like happens early, it begs the question: What, if anything, does it mean about the upcoming winter?

Most of the time we can safely say it means absolutely nothing. That’s because our four seasons are pretty different in Minnesota with very different atmospheric patterns. In recent years, our winter pattern hasn't even established itself until well into December, so deciphering anything out of an October event is silly.

But, let’s take a gander anyway, shall we?

When we plot the date of the first snowfall versus the total seasonal snowfall the following winter we see basically no correlation. The yellow dashed line in the graph below represents the average annual snowfall, which historically is about 47 inches in the Twin Cities. 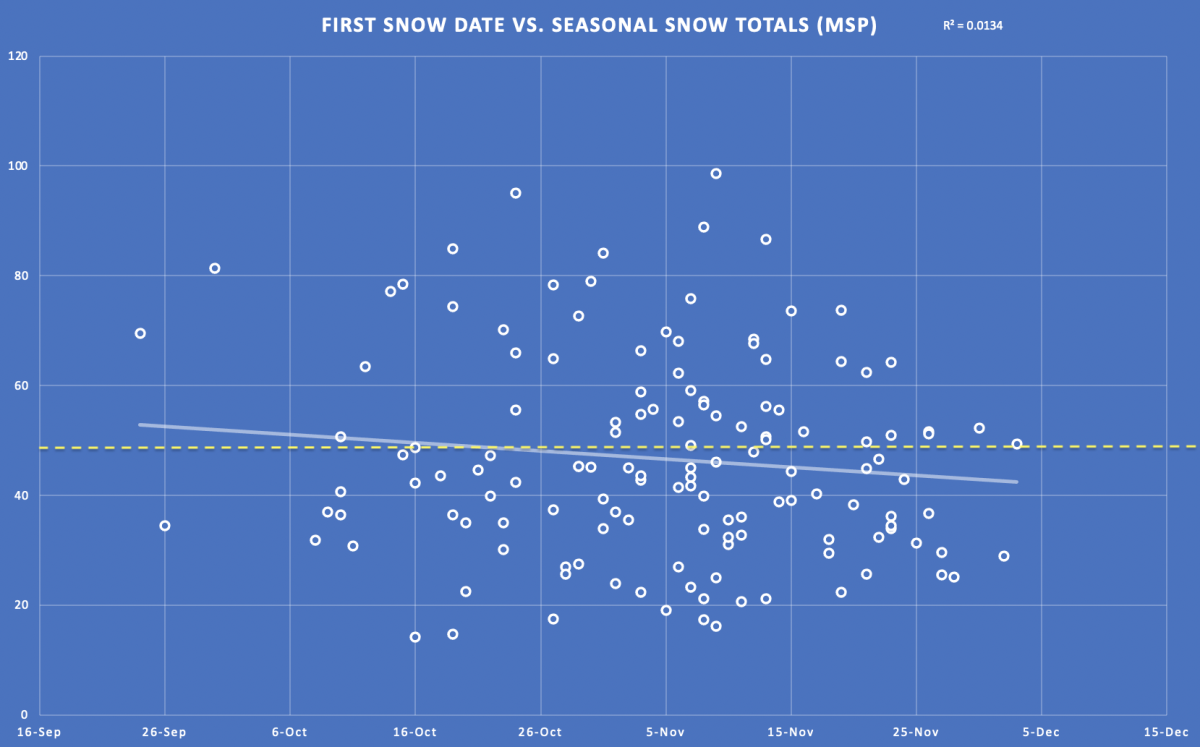 There is a subtle trend in slightly higher amounts the earlier the first snowfall comes and the opposite is true later but it’s not strong. In an ideal world, we’d want to see all the dots line up as close to the trend line as possible and we’d call that a good fit or correlation between date of the first snow and the total seasonal snowfall.

If we take a deeper dive and look at snowfalls that come particularly early, which I’ll define as those in the top 10% earliest (like this year), we see an even worse correlation. That's largely because there aren’t that many data points – only 14 years when the first measurable snow happened Oct. 16 or earlier. 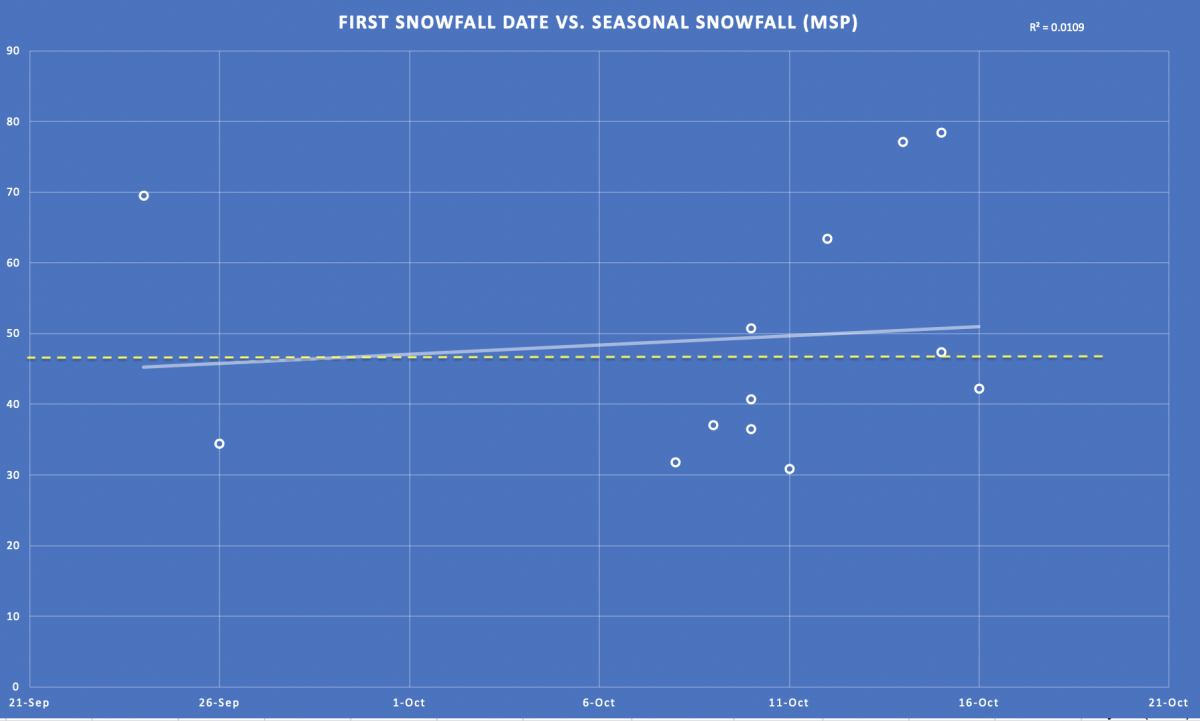 What about temperatures in years when we get an early snowfall? 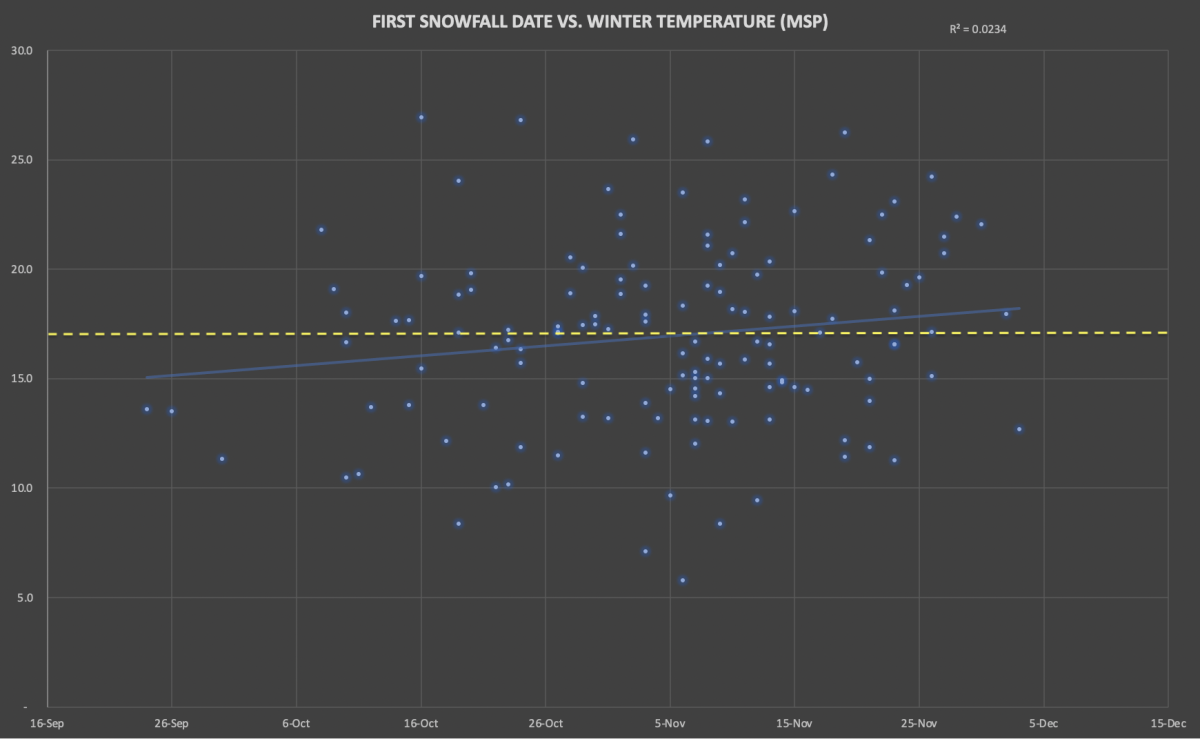 Again, it’s not a strong correlation, but it's double that of snowfalls. In general, there’s a subtle trend (which make sense) favoring slightly colder winters if the first snowfall comes early. Comparatively, there's a slight favorability for a milder winter if the first snow comes later than normal. However, once again, the data points are all over the place so it’s no slam dunk by any means.

If we dive deeper into the particularly early snowfalls, there’s more of a trend. 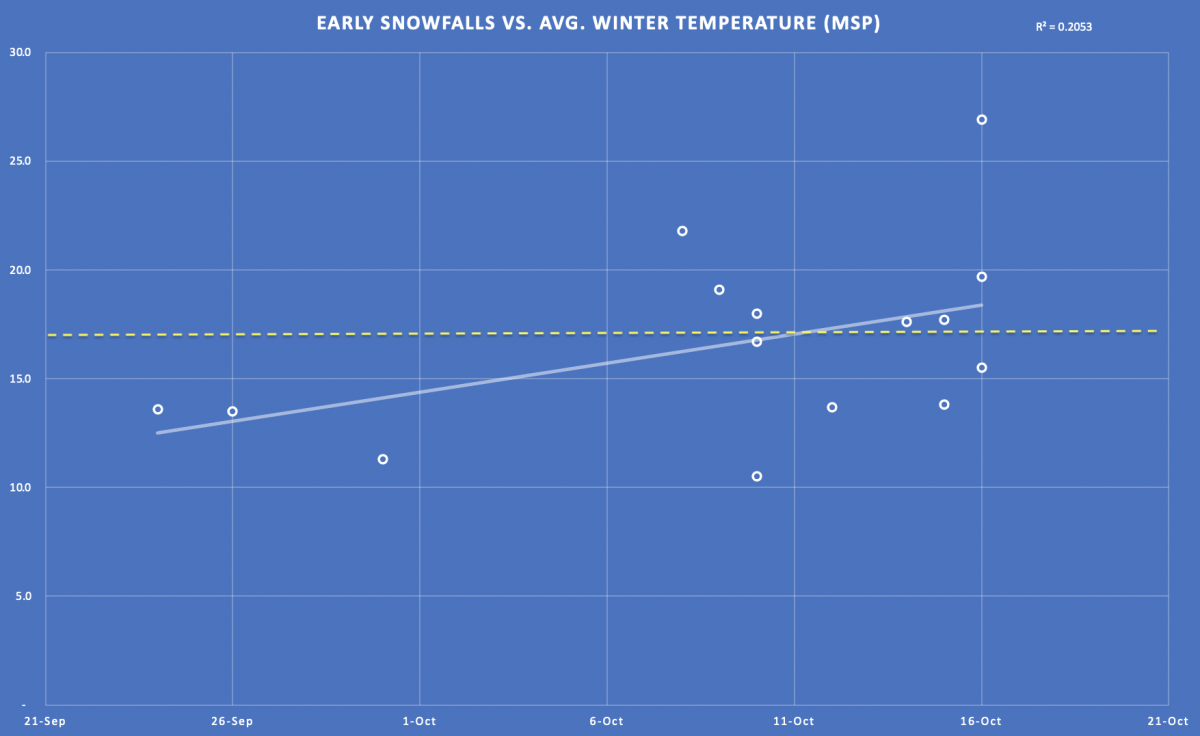 But, there’s only a trend to colder winters if the first snowfall comes REALLY early, like late September or the first week of October. Not mid-October, like this year.

Basically, our Oct. 14 first snow means pretty much nothing about the upcoming winter, not in terms of snowfall or temperatures. But if you’re curious, I ran the numbers to see what we come up with if the winter were determined solely by the date of the first snowfall and it was an accurate correlation (neither of which are true so this if pure fun!):