Photo: In this photo illustration, a Social Security card sits alongside checks from the U.S. Treasury on Oct. 14, 2021, in Washington, D.C. (Photo illustration by Kevin Dietsch/Getty Images)

The Social Security Administration is expected to announce this week the largest inflation adjustment to benefits in over 40 years.

Roughly 70 million Americans, including retirees, those who are disabled, widowers, and others, are likely to see an 8.7% cost-of-living adjustment (COLA) in 2023, according to recent estimates.

These cost-of-living adjustments have been in place since 1975 as a way to adequately keep pace with inflation. The COLAs are based on increases in the Consumer Price Index for Urban Wage Earners and Clerical Workers (CPI-W) from the third quarter of the previous year to the corresponding quarter of the current year, according to the Social Security Administration.

Beneficiaries can expect the final COLA to be released on Thursday following the release of the inflation figures for September, according to the Senior Citizens League, a group that lobbies for older adults.

An 8.7%-boost would be the highest COLA increase since 1981 when the inflation adjustment was 11.2%.

For the average retiree who got a monthly check of $1,656 this year, an adjustment of 8.7% would boost the payment by $144.10, the Senior Citizens League said.

"A COLA of 8.7% is extremely rare and would be the highest ever received by most Social Security beneficiaries alive today," the Senior Citizens League said in a statement last month. "There were only three other times since the start of automatic adjustments that it was higher (1979-1981)."

"Without a COLA that adequately keeps pace with inflation, Social Security benefits purchase less and less over time, and that can create hardships especially as older Americans live longer lives in retirement," the group’s statement added. 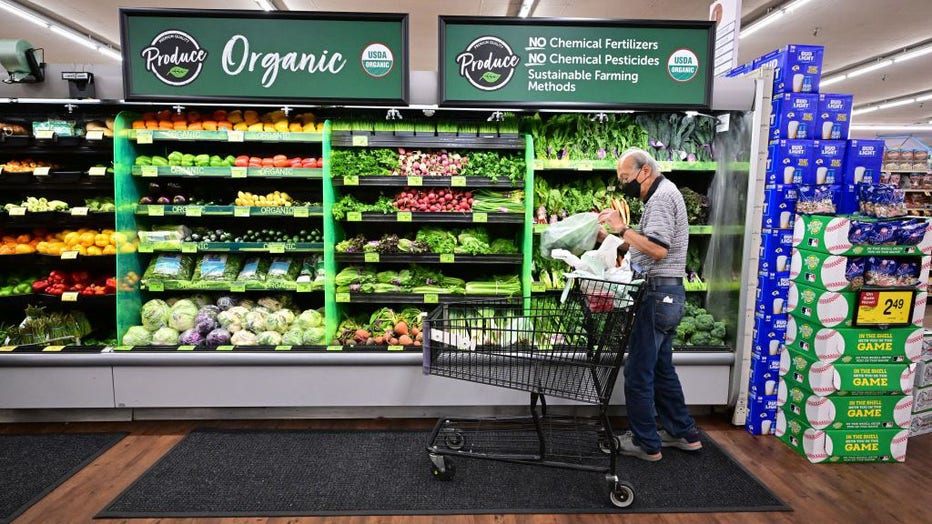 FILE - A shopper looks at organic produce at a supermarket in Montebello, California, on Aug. 23, 2022. (Photo by FREDERIC J. BROWN/AFP via Getty Images)

U.S. inflation has shown signs of entering a more stubborn phase, creating a heavy burden for American households and industries. While gas and cheaper used cars slowed consumer prices in August, many other items rose in price.

High inflation has also kept pressure on the Federal Reserve, the agency tasked with keeping prices stable. Last month, the Fed raised its key interest rate by a substantial three-quarters of a point for a third straight time as it struggles to defeat the worst inflation in about four decades, leading to higher costs for many consumer and business loans.

Another hefty rate hike of three-quarters of a point is likely at the Fed’s next meeting in November, experts say.

There are three factors that could lead to inflation which include demand-pull inflation, cost-push inflation and built-in inflation.

Meanwhile, about 59% of people who answered a small survey by the Senior Citizens League said they believe they’ll face a higher tax liability in 2022 because of the 5.9% COLA received this year.

Such an increase can reduce eligibility for low-income safety net programs, like food stamps, and can push people into higher tax brackets, meaning retirees will pay more taxes on a bigger share of their monthly payments, according to FOX Business.

Experts have also predicted that the standard Medicare Part B premium, which covers certain doctor's services, outpatient care, medical supplies, and more, may not grow by much in 2023 — or perhaps even stay at the current $170.10 per month.

This is notable, as rising increases rising Medicare premiums can eat into COLA increases, according to the AARP.

This story was reported from Cincinnati. The Associated Press contributed.

Related: Groceries: Getting too expensive to eat. Here are some ways to save
News, Public Notices