That’s how Sleeping Giant Brewing Company describes its menu. Founded in 2012, this Canadian beer brand was the first independent brewery to open in Thunder Bay, Ontario. And its beer is more than just inspired by the lake.

Another locally owned brewery along the north shore of Lake Superior, Slate Island Brewing Company, is located roughly two hours east of Thunder Bay in the town of Terrace Bay, Ontario, and shares a similar story.

Dan Bevilacqua, executive director of Superior Country, the organization behind the Lake Superior Circle Tour, says the Ale Trail is a “value added” to tourists who are already travelling the 1,200-mile journey around the biggest and coldest of the Great Lakes.  He also notes that the Ale Trail attracts a niche market that specifically seeks out the Ale Trail stops.

The Ale Trail makes it easy for visitors to find breweries through listings in the 80,000 Circle Tour guides circulated in locations around Lake Superior.  An online trip planning tool allows tourists to customize their experience and a “passport” program provides incentives to stop at locations along the Trail. 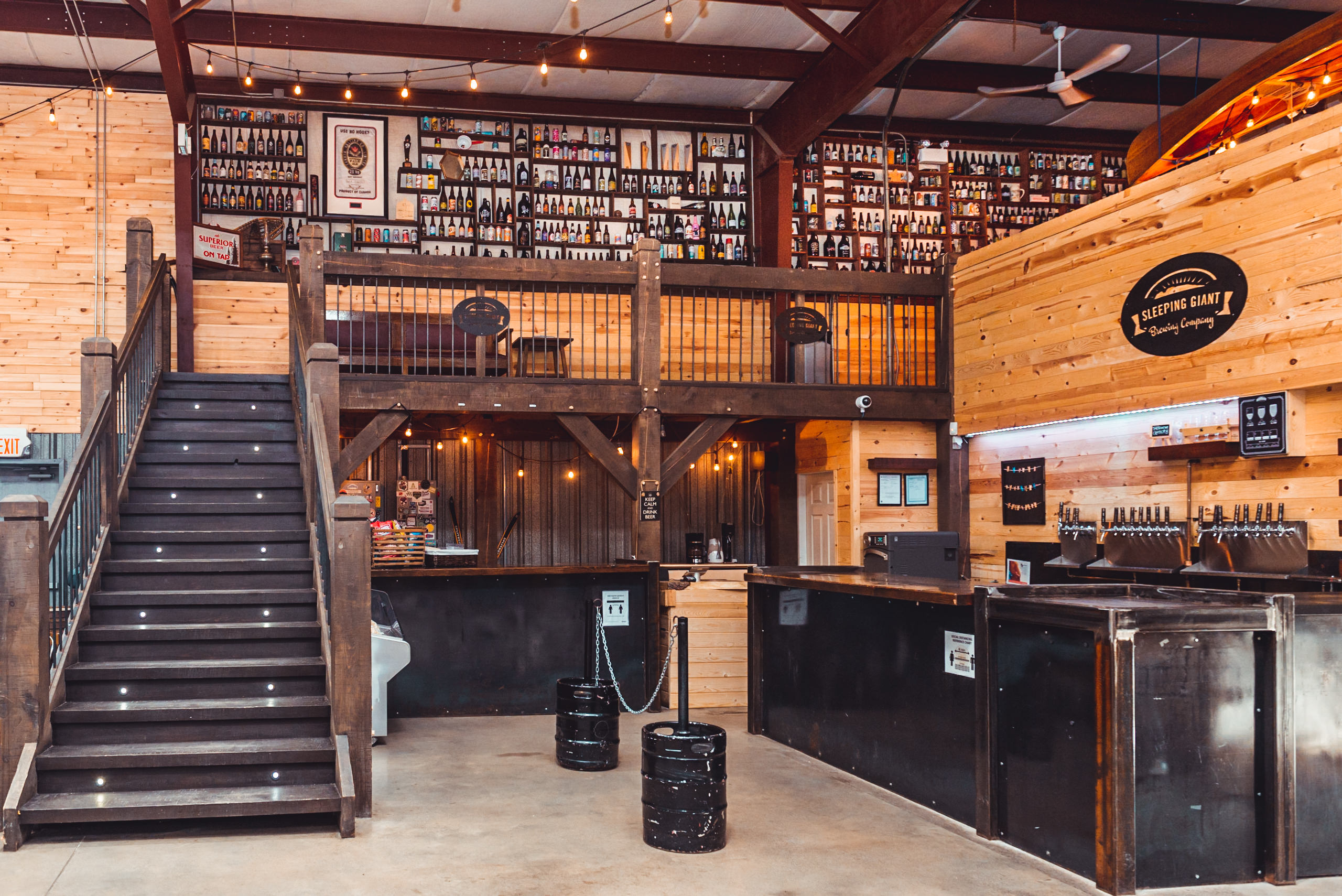 Doig, at Slate Island Brewing, confirms that the Ale Trail is an effective way to bring in new customers. Participating in the Ale Trail, he said, has been a “very successful way to get traffic” for the brewery because the Trail is so well publicized.

Brew-Ha, an annual craft brew festival in Thunder Bay, is another draw for beer lovers to visit the region. Kerry Berlinquette, one of the organizers of Brew Ha from 2015 to 2019, said the fest attracted roughly 4,000 patrons each year.

Brew Ha has been on hiatus due to the pandemic but is under new management planning to bring it back in 2023.  Berlinquette hopes next year will bring new tourism opportunities for craft brewers in Thunder Bay.  She is planning to present a local craft brewery tour to Viking Cruises as a shore excursion option for their passengers visiting Thunder Bay.

According to the Ontario Craft Brewers Association, the microbrew industry employs over 2,000 people in the province and generates roughly $150 million CAD annually through tourism-related activities.

This economic impact has been noticed by Ontario’s provincial government, which has invested in the growth of craft brewing production in the northern, lesser-populated part of the province.

The Federal Economic Development Agency for Northern Ontario, or FedNor, has allocated hundreds of thousands of dollars to breweries to improve or expand their manufacturing capabilities, make capital improvements and create new jobs.

According to Doig, Slate Island Brewing Company went through a rigorous application process to receive a roughly $150,000 CAD grant from the Fund which was used to help start the brewery in 2021 and offset capital costs.  Sleeping Giant, also benefitted from the Fund’s program back in 2017, receiving an $800,000 CAD grant to relocate to their current location and quadruple in size and capacity.

Breweries are only one piece of the tourism puzzle in Northern Ontario built around refreshments.  A larger culinary tourism effort is promoting a wider variety of food- and drink-related attractions. Paul Pepe, manager of Tourism Thunder Bay, estimates that northwest Ontario brings in $63 million CAD annually through food and beverage sales.

There are “very unique eclectic global influences in the food seen that people don’t expect to find in a small town,” Pepe said.

He credits recent growth in immigration from Southeast Asia as contributing factor to the evolving Thunder Bay culinary landscape.  Pepe also noted the role indigenous communities and a commitment to farm-to-table dining as key components of the region’s unique food offerings.

Last summer, Nicole Brown, director of marketing for the Ontario Culinary Tourism Alliance visited 30 of these “purveyors from the food tourism value chain” in the Thunder Bay region to identify partners to participate in the Great Taste of Ontario passport program.

She and her colleagues toured several of Thunder Bay’s five breweries along with unique restaurants such as the Bannock Lady which serves burgers between traditional indigenous Bannock fry bread.  Visit Thunder Bay and the Great Northern Ontario Beer Tour are two examples of passports offered through the Great Taste of Ontario aimed at driving visitors to these kind of destinations.

Brown says she sees the passports as a “great opportunity to celebrate and encourage people to discover or re-explore the taste of the North.”

To read this original story and more news, follow this link to the Great Lakes Now News website.