Photo: Georjann Morriseau is a former chief of the Fort William First Nation and a member of the Thunder Bay Police oversight board. She has filed human rights complaints against the board alleging harassment and discrimination against her. (Logan Turner/CBC)

A first report from the independent panel aiming to provide recommendations to restore faith in the Thunder Bay Police Service (TBPS) and its oversight board is underwhelming First Nations leaders and its board members as the service's critics say more radical changes are needed.

The nine-member panel was formed in March by the Thunder Bay Police Services Board when there was a growing number of human rights complaints being filed against both bodies by current and former officers, as well as a sitting member of the police oversight board in the northwestern Ontario city.

Panel Chair Alok Mukherjee presented his interim report to the board at its meeting Tuesday. The board says it is now reviewing the report in detail.

Thunder Bay city councillor Shelby Ch'ng, who was attending her second meeting as a board member, was the only member in attendance, besides Macolm Mercer, the provincially-appointed administrator who holds the only vote. 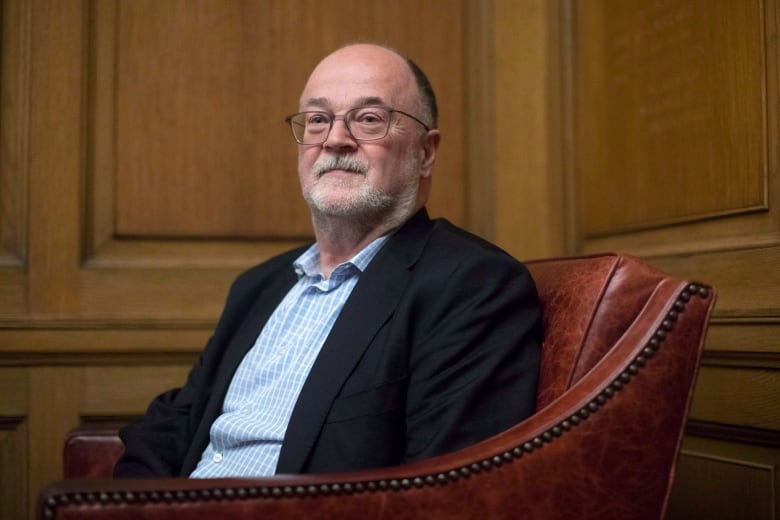 Malcolm Mercer is the administrator appointed to oversee the Thunder Bay Police Service's oversight board, he currently holds the sole vote on board matters. (Chris Young/The Canadian Press )

Ch'ng took issue with the panel's recommendation that there be a full time paid chair and paid civilian members, arguing she only agreed to sit on the police board because no other municipal official would do it.

"Nobody from [city] council wants to be on this board. Maybe that's just speaking to this council but there's not a lineup," Ch'ng said during Tuesday's board meeting.

"I also work full time. I have to take unpaid leave from my work to be at this table," she said. "I'm not saying I should be paid double the wage, but I think remuneration should be looked at for all members if I'm expected to be a contributing member, equal to everyone around the table."

None of the complaints, from Morriseau or others, have been tested or proven in court.

Morriseau said while she appreciates the spirit of ensuring First Nations people are represented on the board there's a danger of having those members tokenized when their qualifications beyond race aren't considered valid.

"When looking for Indigenous candidates, it can't be solely mandated where [control is] put back in the hands of the very people who are the problem," she said in an interview with CBC News.

"The moment we disagree with the norm and don't conform, they look at that as a threat, but the thing is, I'm trying to educate them on an approach we should consider and trying to explain why these things happen from an Indigenous perspective," she said.

Morriseau, a former chief of the Ojibway Fort William First Nation, says her own situation aside, there's nothing more urgent than the mental health situation of front-line officers and only accountability at the leadership level will address it.

Nishnawbe Aski Nation Deputy Grand Chief Anna Betty Achneepineskum has repeatedly called for the Thunder Bay Police Service to be disbanded and isn't finding the hope she sought in the newest wave of recommendations. 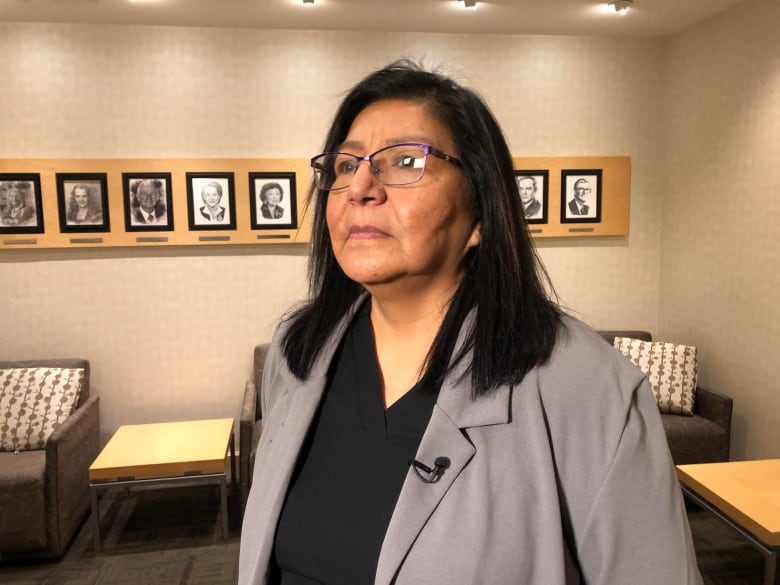 Nishnawbe Aski Nation Deputy Grand Chief Anna Betty Achneepineskum says she does not have faith in this process of police reform and has called for the Thunder Bay police to be disbanded. (Simon Dingley/CBC)

Achneepineskum points to Morriseau's case as evidence that it will take more than ensuring First Nations people have a place at the table for the board to be a safe place to make change.

She says she wouldn't serve on the board even if she didn't hold her current position, including the justice portfolio for the 49 mostly fly-in communities north of Thunder Bay. Achneepineskum says she's been asked for the names of potential board members and couldn't think of anyone she'd put in that situation either.

Achneepineskum is also working with the families of people whose deaths are being reinvestigated after an outside team found issues with how Thunder Bay police handled their cases. And she says they're still not getting the attention, respect or answers they seek.

A team reviewing sudden deaths in Thunder Bay, Ont., is calling on the city’s police force to reopen investigations into how multiple Indigenous people died between 2006 and 2019.

But David Paul Achneepineskum, the executive director for Matawa First Nations, said he was pleased to see the recommendations for more Indigenous representation in leadership and governance.

Chantelle Bryson, the lawyer who has filed 24 complaints against the service and board on behalf of Morriseau, eight officers and two civilians, also said the report is disappointing.

She said her clients risked their careers to speak out. She points out that even as the Ontario Civilian Police Commission and the Ontario Provincial Police continue their investigations, Mukherjee's report makes no mention of accountability for bad actors.

"When you have an institution and senior leadership as resistant to change as we have in the Thunder Bay Police Service and in the board — including its administrator, Malcolm Mercer — the only thing that will change the culture is accountability for those who have been a part of wrongdoing," Bryson said.

"That has not occurred, and the same individuals have been left in authority to control ongoing investigations, the flow of information and to frankly, outright continue the abuse of their own officers and civilians who have spoken up."