Artist Melodee Strong created pieces inspired by her parents' past. An artwork is displayed in her exhibit at the Northeast Sculpture Gallery Factory on Wednesday.  Photo: Jacob Aloi | MPR News

Artist Melodee Strong was nervous. With days to go before the start of Hispanic Heritage month, she was missing key elements for her exhibit at a northeast Minneapolis gallery. A series of pieces featuring her parents still needed mounting on light boxes that had yet to arrive. Still other art works were unfinished.

“Right now I have currently, I think, 15 pieces in the show,” Strong said. “Hopefully I'll have a few more to add by the time it opens.”

“All the pieces are coming together,” she said.

Strong is an illustrator by training and also known for her mural work, but for her new solo exhibit, titled “Lineas de Sangre” or “Bloodlines,” she created pieces ranging from textiles to painting. The exhibit will be Strong’s first solo show in over a decade.

"To be responsible for an entire gallery space ... and curating your own work is always a challenge,” but it also allowed her to explore topics and themes personal to her.

One of those topics is her identity as a "Minneruvian” — her combination of Minnesotan and Peruvian. 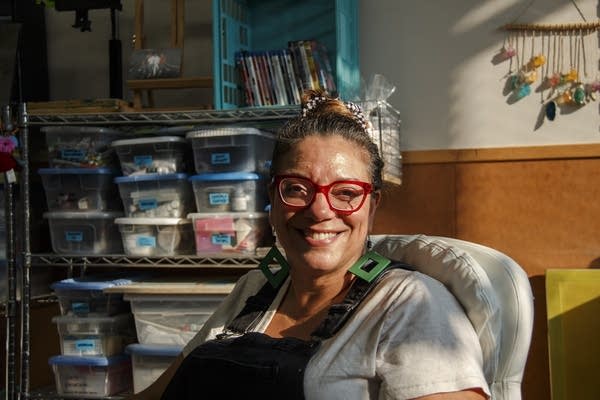 “I was really looking at this sort of juxtaposition of these two very different cultures,” she said. “[I] talked about the bias and racism and ignorance that comes along with being Latino.”

Strong, a middle school art teacher and instructor at several Twin Cities colleges, grew up in St. Francis, Minn. She said that her upbringing in that part of Minnesota did not give her the opportunity to understand her identity fully. Strong said growing up with a white standard of beauty influenced how she saw herself and remembers the racism her Peruvian mother faced.

“My mom had to assimilate, not necessarily by choice, but by survival, and for her to gain or acquire that sort of so-called American dream,” Strong said.

Strong’s mother steered Melodee and her sister toward assimilation, hoping it would make their lives easier in an English-speaking and predominately white community. The exhibit allowed her to explore more of her Peruvian heritage.

“The last few months have really been me, reflecting, writing, collecting images, researching [and] reaching out to my Peruvian family to learn a little bit more about some of the things that I lack in my own heritage and knowing.”

She also explored her Minnesotan side. She said that her mixed identity cannot be separated out. 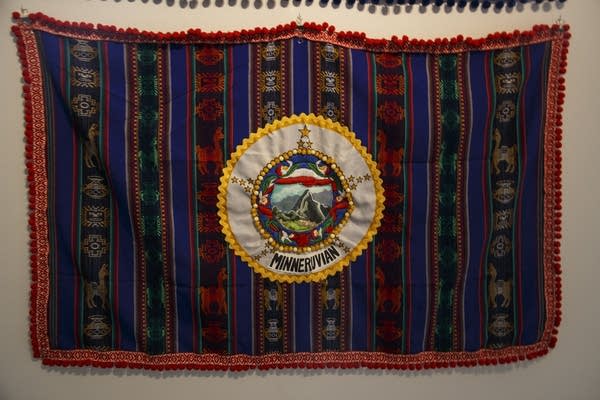 Another element of the exhibit is her relationship with her family, and the trauma they experienced in different ways. She said that being able to talk about it through her art has helped in the healing process.

“I’ve been reflecting a lot about my upbringing and my family relationships,” she said, “There's been a lot of changes in some of those relationships ... I think the art [has] actually helped me with that.”

Strong’s art will be on display at the Northeast Sculpture Gallery Factory. The exhibit opened Sept. 16 and runs through Oct. 15, with a scheduled artist talk on Oct. 7.

To see the original story and listen to an audio version of this report, follow this link tot he MPR News website. https://www.mprnews.org/story/2022/09/17/minneruvian-artist-explores-identity-in-new-minneapolis-exh...