Photo: Barry Thoele feeds minnows in a tank on his farm near Staples, Minn., on July 25. Dan Gunderson | MPR News

A swarm of tiny minnows swirl near the surface of the water in a 6,500 gallon tank as Barry Thoele casts a shadow across the water.

"This is about feeding time for them. So they're waiting for me,” Thoele said as he sprinkled specially formulated dry fish food on the water.

There are about 15,000 minnows in this round tank that’s 16 feet across and five feet deep. It’s one of two partially buried in the ground on Thoele’s farm near Staples, Minn.

The fish in these tanks were hatched indoors this spring and some are now two inches long.

In the wild it takes two years for the minnows, known as golden shiners, to grow large enough to use for bait.

Thoele hopes to sell these by November.

"I'm pretty excited about this project, because it's done very well,” he said. This is the third year that I've been working on it. I did the first two years out of my own pocket. This year it's funded by grant funds." 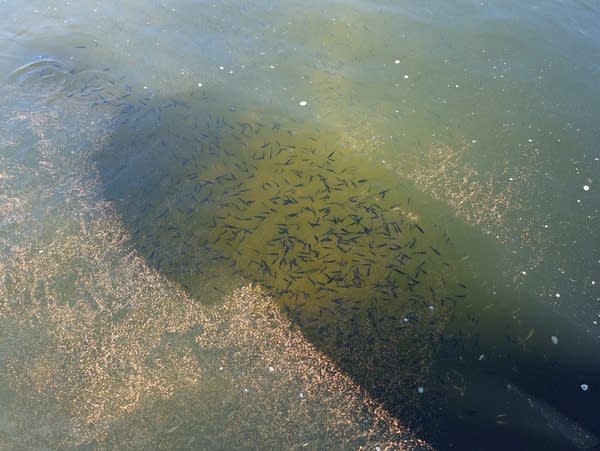 Barry Thoele casts a shadow over a tank of minnows as he feeds them on his farm near Staples, Minn., on July 25. Dan Gunderson | MPR News

Thoele is participating in a three year research project through the University of Minnesota Duluth Sea Grant program, supported by a $188,000 grant from the Legislative-Citizen Commission on Minnesota Resources.

Thoele has been in the bait business for 35 years, collecting minnows in natural ponds and lakes to sell to retail stores. But in the past decade or so, natural production has been declining and there have been shortages, including last year.

There are a number of potential reasons natural minnow production is declining.

Invasive species such as zebra mussels also disrupt bait collection when infested waters are closed to bait harvest to prevent the spread of the invasive species.

Minnesota restricts the importation of minnows from other states because of concerns about introducing invasive species or disease. 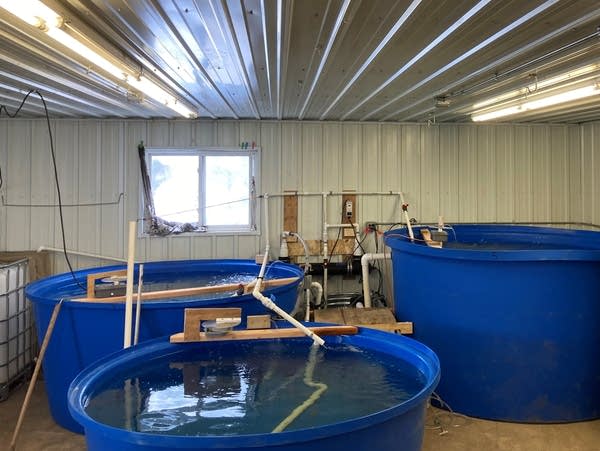 Minnows born this spring in a hatchery are being raised in outdoor ponds, some with natural food and others with supplemental food.

Others are being raised in tanks under more controlled environmental conditions.

The Minnesota Department of Natural Resources is also part of the study, raising minnows in a pond at the state fish hatchery in New London, Minn.

Data collected will provide insight on which methods are most effective and economically viable.

While he cautions the research is still in early stages, Schreiner is pleased with the progress.

"We've actually seen every one of our stocking events be successful to date. So that's one of the biggest hurdles. Now, of course, they have to make it through the rest of the summer," he said.

"The whole key is to get them to market size in one growing season."

This research is getting attention beyond Minnesota and there will likely be collaboration with researchers elsewhere at the project advances.

“This is a good pilot project, not only for Golden Shiner, but a totally different way to raise bait, especially in our northern climates of Minnesota, Wisconsin, Michigan, some of the Great Lakes states,” he said. “So I think there's some real potential there. And we're just scratching the surface at the moment.”

This research will be a focus of the annual Minnesota Aquaculture Conference Aug. 12 and 13. 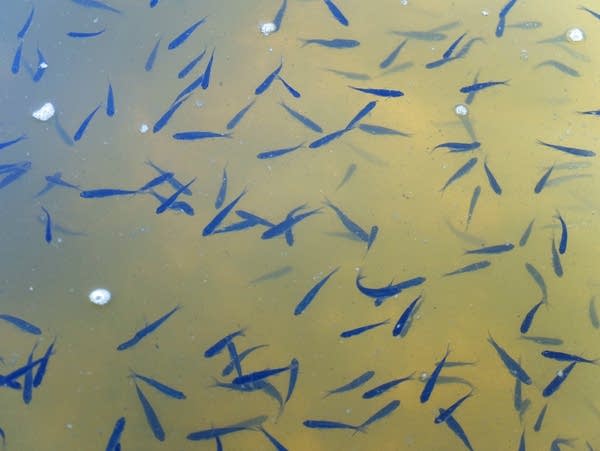 Mark Tye has been raising shiners indoors for nearly 15 years. He has a small production business called Tye Fish Solutions in Le Sueur, Minn. He provided the fry, or baby fish, that Barry Thoele is raising in tanks on his farm.

Through trial and error, Tye has also learned to train the minnows to eat specially formulated fish food. That was a significant challenge, but success means the fish can be spawned and raised in tanks.

“No one has ever spawned golden shiners year round, no one's ever successfully feed trained them. So it's pretty groundbreaking,” said Tye, who also works at the University of Minnesota and has published papers about his research.

But there's still the challenge of expanding what he's now doing on a small scale and making it profitable.

"To do it within the state to where it's going to make a difference with the demand for golden shiners, we're going to need some producers who are willing to take a risk and experiment and troubleshoot some of the issues that will come up,” said Tye, because there's no manual right now on how to do it." 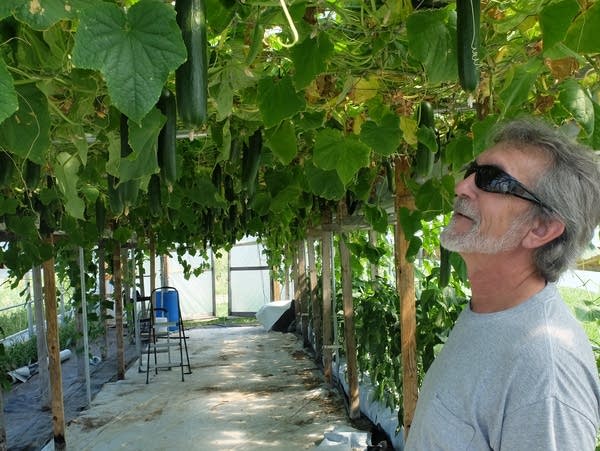 Barry Thoele wants to help write that manual over the next two years. He has a plan to combine minnow tanks with greenhouses where he will grow lettuce or strawberries.

"If we use the same technology that we use for growing produce, to grow the fish, and then use the waste from the fish to grow produce, it's a win-win,” said Thoele.

Thoele believe minnows will strengthen the economics of an aquaculture operation because they don’t need to be processed like fish raised for human consumption, and bait minnows are more valuable.

“When these are three and a half inches, all I need to do is make a phone call and I can have a bait dealer here with a truck. I load him out of here. He writes me a check, we both go away happy,” he said.

The minnows can sell for $10 to $12 a pound. Thoele said there’s demand for at least an additional 80,000 pounds of shiners a year, just for the winter fishing market. He thinks if the supply increases, demand will be even higher at other times of the year.

"This actually is so promising that if things keep going, next year I will be investing a considerable amount of cash,” Thoele said.

That investment will include a new greenhouse over his existing minnow tanks.

Depending on the type of minnow production, costs for a producer could run from a few thousand dollars to hundreds of thousands for indoor production.

When this project is completed in 2024, researchers hope to have learned enough to provide a basic roadmap on how to raise minnows using a variety of methods.

Thoele hopes this research will lead to a future industry, with many small minnow producers scattered around the state.

In the meantime, if all goes according to plan, Thoele will have thousands of minnows ready to sell later this year, just in time for the winter fishing season. 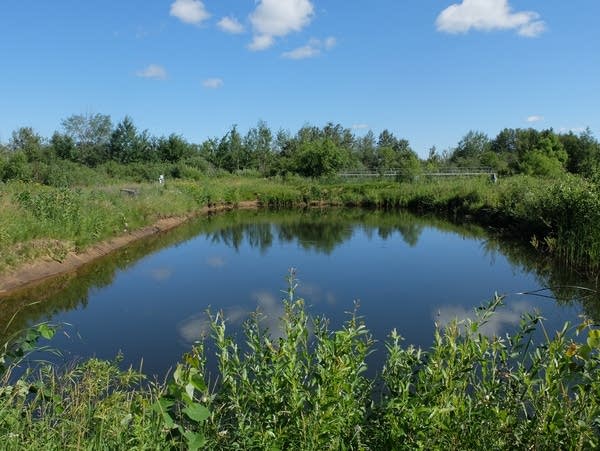