What we know so far about the school shooting in Uvalde, Texas A reported 21 people were killed in an attack by a lone gunman at an elementary school in the small town of Uvalde, Texas. At least 19 students and two adults at were among the casualties.

The gunman was killed by police, according to local law enforcement officials.

The attack at Robb Elementary occurred just two days before summer break, according to the school's calendar that listed May 26 as the last day. The school taught students in grades 2 through 4 and around 600 students attended.

Here's what else we know.

Uvalde is a small community 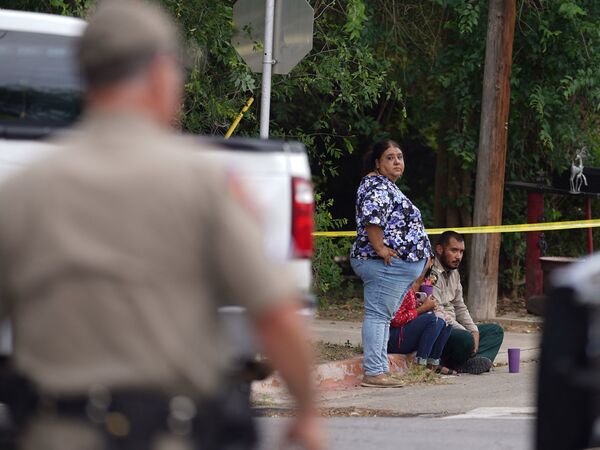 People sit on the curb outside of Robb Elementary School in Uvalde, Texas, on May 24, 2022.
Allison Dinner/AFP via Getty Images

Uvalde, Texas, is a community of around 16,000 people — most of whom are Hispanic, according to the U.S. Census data. The town sits about 85 miles west of San Antonio.

It's the kind of place where "interconnections are thick" and no one would have expected a mass shooting at the local school, Marc Duvoisin, the editor-in-chief of the nearby San Antonio Express-News, told NPR.

Uvalde is also best known as the hometown of Oscar winner Matthew McConaughey.

The shooter was from Uvalde

The 18-year-old gunman attended Uvalde High School — which had its graduation set for this coming Friday. Law enforcement said he acted alone.

"He had no problem accessing those weapons," Gutierrez said during his interview.

Texas Gov. Greg Abbott said during a press conference that it's believed that the shooter abandoned his vehicle and entered into the school with a weapon.

He added, the suspect also allegedly shot his grandmother before going to Robb Elementary.

Local officers asked for backup after engaging with the gunman. A Border Patrol tactical unit responded to the scene, and one of its agents shot and killed the suspect, according to a source with the agency.

The school year is over and other events canceled

Graduation for the local high school is postponed for now, according to the Uvalde Consolidated School District Superintendent Hal Harrell. He spoke during a second press conference Tuesday.

Harrell clarified the district's school year is done, following the shooting, and that all other events are canceled.

Grief counseling is going to be provided for students and their families starting Wednesday morning at the local civic center, Harrell said. 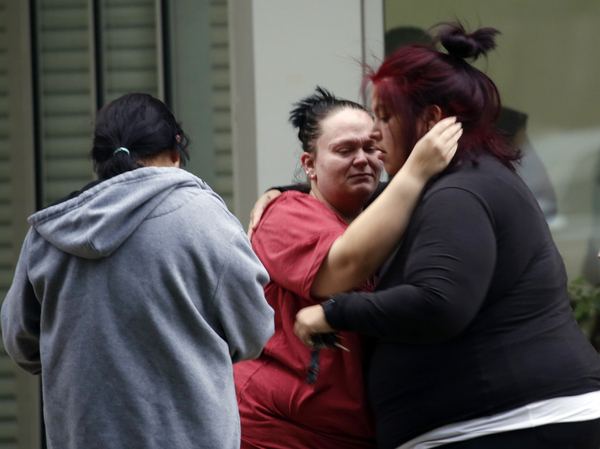 People react outside the Civic Center in Uvalde, Texas, Tuesday, May 24, 2022. \
Dario Lopez-Mills/AP

Uvalde Memorial Hospital received 14 people (11 whom were children) following the shooting at Robb. Two children received by the hospital were dead, according to the hospital's CEO, Tom Nordwick.

Several of the patients had to be transferred to trauma centers in San Antonio for further treatment, Nordwick said.

Early Tuesday evening, local hospitals and other organizations put out a call for blood donors to respond to the tragedy.

University Health in San Antonio tweeted, "If you are looking for ways to help, please consider donating blood. Your donation can help ensure we have supplies immediately available for the victims of this tragic shooting."

The hospital said their donor room has availability through the week.

The Herby Ham Community Center also announced it would hold a blood drive Wednesday from 9 a.m. to 1 p.m., local time. 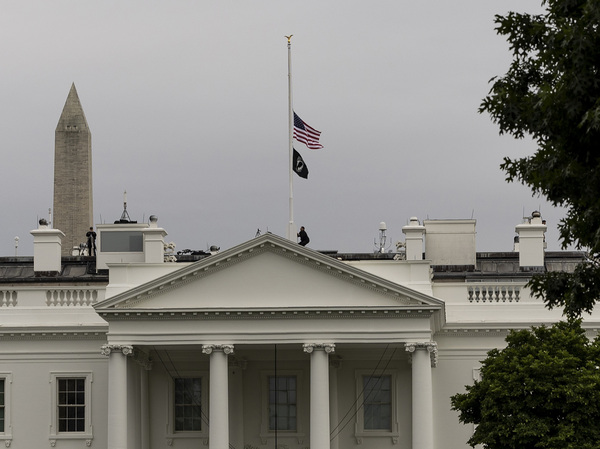 A U.S. Secret Service officer lowers the American flag to half staff over the White House following the recent mass shooting at a Texas elementary school on May 24, 2022 in Washington, DC.
Anna Moneymaker/Getty Images

Biden ordered flags to be flown at half-staff at the White House and other government buildings following news of the tragedy.

Sen. Chris Murphy, a Democrat from Connecticut, took to the Senate floor hours after news of the shooting broke. Newtown, Conn., in Murphy's state, is the location of the 2012 Sandy Hook Elementary School shooting during which 26 people — mostly six and seven year olds — were killed.

Murphy has aggressively called for gun reform following that incident.

He pleaded with his colleagues to act on gun control legislation now.