The red woods in the Chippewa National Forest are beautiful but facing an uncertain future. (FOX 9)

As you go camping or maybe hiking this summer in our nations' forests, what you may not know is there are many experiments going on all around you.

More than 80 experimental forests in the U.S. are part of a system established decades ago by a St. Paul man. He recognized the need to research ways to protect our ecosystems.

A new experimental forest in the Chippewa National Forest hopes to reduce the need for prescribed burns in Minnesota, and along with it reduce the effects of climate change.

While majestic and mesmerizing, the giant red pines of the Chippewa National Forest aren’t just beautiful. They’re a critical resource and their future isn’t so certain.

"The trees that we’re looking at, their date from a fire that occurred roughly 1918," said scientist Brian Palik.

The red pines are dependent on fire to reproduce but scientist Brian Palik says the culture in Minnesota doesn’t really support prescribed burns for forests. A sort of "Plan B" is in the works, and they are trying out at the Cutfoot Experimental Forest.

"Management of the forest can be done in a way that acts kind of as a surrogate to fire," Palik explained. "And that’s generally what’s done." 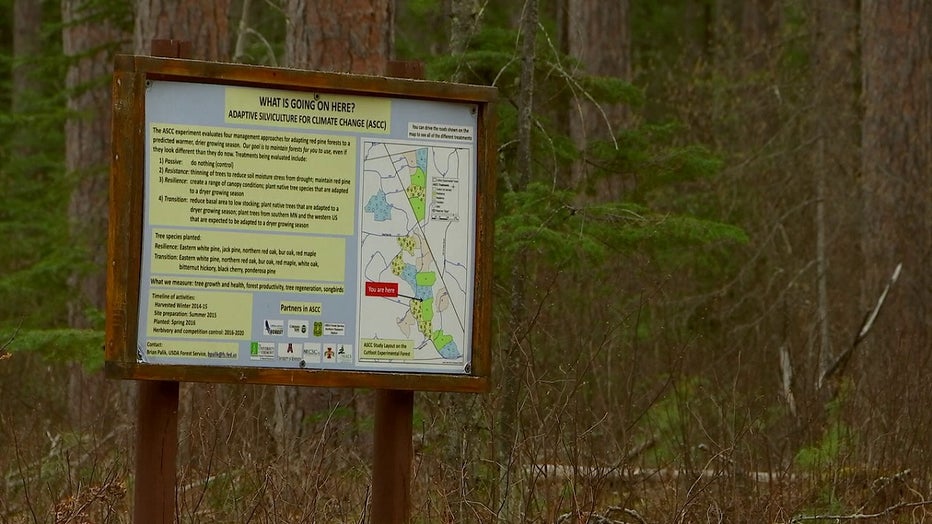 A sign explaining the project at the Cutfoot Experimental Forest. (FOX 9)

Managing the forests can mean different things and to explore the options, experimental forests were established.

"Experimental forests were developed, and the network was developed with a long-term perspective in mind," explained Palik.

At the Cutfoot Experimental Forest, they started thinning the forest to see how to grow the biggest and best trees for lumber, but in doing that scientists also found a way to help the trees adapt to climate change.

"They’re growing faster here, so they should get larger during that drought period or immediately after it compared to those trees."

Scientists learned thinning the forest can help the red pines survive a warmer climate. But in another part of Cutfoot, a different experiment is underway.

"We planted hundreds of thousands of trees," said Palik. 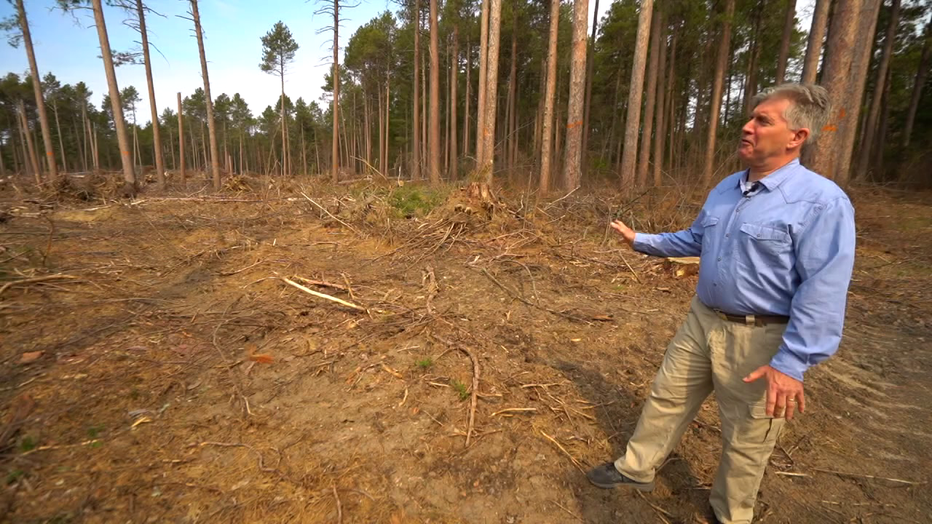 White oak, black cherry, and hickory -- species native to southern Minnesota were planted as a way to supplement the red pines as the climate warms. Now at the ten-year mark, their survival rate is one hundred percent -- something that surprised researchers.

Palik doesn’t believe climate change is the end-all for the red pines or any forest, but he does say important steps need to be taken before it’s too late.

"They may not be the forests we’re looking at now, but if you want forests for your grandchildren at the end of the century then we better be working on that now," said Palik.

To see the original report and read related stories, follow this link to the Fox 9 News website.
Outdoors