A chicken looks in the barn at Honey Brook Farm in Schuylkill Haven, Pa., on April 18, 2022. An outbreak of avian flu is forcing farmers to cull their flocks and leading to concerns about even higher food prices. While it doesn't pose much of a threat to humans, the outbreak is prompting a new wave of some of the same conspiracy theories that emerged from the COVID-19 pandemic. Lindsey Shuey | Republican-Herald via AP, File
By Kirsti Marohn - MPR News - May 24, 2022

For poultry veterinarian Jill Nezworski, it seemed like the frenetic pace of the past few months might be slowing a bit.

Then, late last week, Nezworski got word that a turkey farm near Northfield had a positive case of highly pathogenic avian influenza, the first case in Dakota County.

"We were all breathing a sigh of relief, kind of watching the frequency of positive cases cycle down here,” she said. "And now this one pops up. It's a pretty big farm and it's close to a lot of other farms."

New cases of avian influenza in Minnesota commercial flocks have slowed in recent weeks, suggesting that the worst of this year's outbreak could be over.

But the unpredictability has caused a lot of stress for farmers, their families, veterinarians and others in the poultry industry.

For many farmers, the mental strain of the past few months has been a heavy burden, particularly for those whose infected flocks had to be destroyed.

“Once we're through this disease, this poultry pandemic, the effects don't stop there,” said Meg Moynihan, a senior adviser for the Minnesota Department of Agriculture. 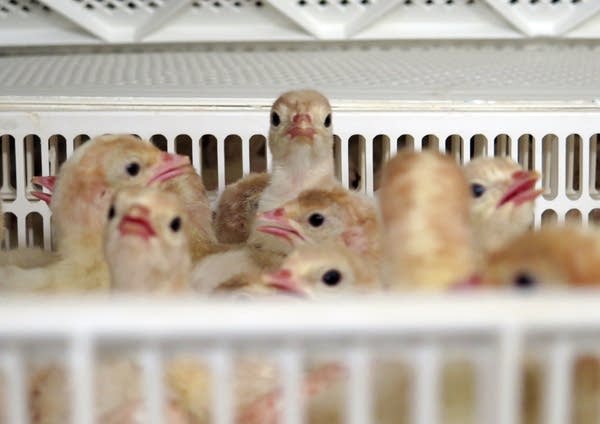 So far, the outbreak of H5N1 virus has caused the deaths of more than 3 million birds in 28 different Minnesota counties. And it's not over yet, Nezworski said.

"That's a huge concern of mine, is that folks are starting to breathe a sigh of relief as they see the rate of positive cases decline,” she said. “I fear we're going to see some folks let down their guard."

There are positive signs that the outbreak is hitting a plateau. The period of time between new detections in commercial flocks is getting longer, said Linda Glaser, interim executive director for the Minnesota Board of Animal Health.

"Certainly, the warmer, drier weather is really helpful in reducing how long avian influenza can survive in the environment,” she said. “And that’s what we need.”

Tighter biosecurity measures have helped reduce lateral spread of the virus farm to farm, Glaser said. Most of the recent cases have been in backyard flocks, suggesting that there's a lot of virus in the environment being spread by wild birds, she said. 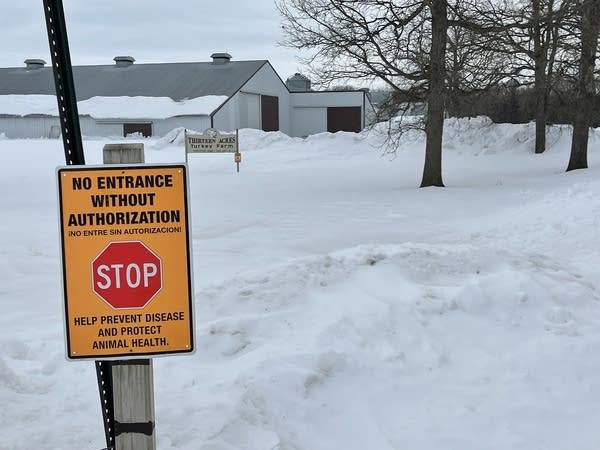 More study is needed to determine whether it could continue to circulate in wild birds and migrate south with them next fall, Glaser said.

“Certainly, it's important to be mindful that this virus may not be gone completely,” she said.

Erica Sawatzke raises turkeys near Kensington with her father and husband. So far, her farm has managed to avoid avian flu, but she's been watching it popping up on other farms around Minnesota.

"This kind of seems like a hotter virus, because it's also affecting chickens and a lot of backyard flocks,” Sawatzke said. “So there’s just kind of a lot of uncertainty with this virus."

Bird flu hasn't been the only stressor for farmers this year. Spring rains left many fields too wet to plant. Storms caused damage in some parts of the state, and the costs of feed and fertilizer have been rising.

"Never is there no stress on a farm,” said Ted Matthews, a psychologist with the Minnesota Department of Agriculture who works with rural families.

Many farmers are focused on getting through this crisis, Matthews said. But built-up stress can lead to problems in marriages and families, including anger and communication breakdowns, he said.

"Farmers that deal with stress – their families deal with that stress too, their spouses, their kids,” he said.

Matthews worries that if farmers don't seek help, a possible result could be an increase in suicides.

When a farm is hit by avian flu, the entire flock is destroyed to prevent the virus' spread. Nezworksi said that process, known as depopulation, is tough on both farmers and veterinarians, who have spent their whole careers focused on producing healthy birds and high-quality food.

Like first responders rushing to an accident, the reality of the situation doesn’t always set in until later, she said.

"The adrenaline kicks in, and maybe it doesn't even seem real at the time,” Nezworski said. “It is the quiet moments as time passes where it really does sneak up on you, and can be very emotional."

Poultry farmers who’ve lost birds to avian flu must go through a lengthy process of composting the dead birds and making sure they’ve eliminated the virus before they can repopulate the barn.

Even some farmers who have kept the virus at bay during the outbreak are still struggling with its impacts. Due to new federal policy, farms within three kilometers of an infected barn are prohibited from getting new birds for weeks or sometimes months, which can be a financial hardship.

"We're seeing some intense emotional trauma for those growers, who did everything right and kept the virus out, but are still being punished,” Nezworski said.

Experts say it's critically important for farmers under stress to connect with family and friends, talk about what they're going through and not to struggle alone.

“It's not a one size fits all,” Moynihan said. “Some people need to go see their doctor for stress. Some people need a counselor, a therapist. Some people might want to talk to a pastor, or an old timer in the neighborhood that they trust.”

There are also statewide resources available. The Minnesota Farm and Rural Helpline is free, confidential and answered by trained counselors 24 hours day. The number is 833-600-2670, or text FARMSTRESS to 898211.

There are also mobile crisis teams in every county.