Ten pods sit in the Marcell Experimental Forest in the middle of the Chippewa National Forest. (FOX 9)

Many Minnesotans head north to enjoy the lakes and forests. But nestled in those trees, not far from the water, is something intriguing if not mysterious.

Recently, FOX 9's Karen Scullin went deep into the Chippewa National Forest, not far from Grand Rapids, where an experiment is underway to help us all have a healthier future.

An experiment is underway in the Chippewa National Forest to help us all have a healthier future. The Marcell Experimental Forest is the largest climate change experiment that’s happening on the planet.

Tucked away among the trees of Chippewa National Forest is a curious set of clear pods, and they do raise many questions. The answer though is simple: It’s an experiment that scientists say is giving us a glimpse into the future.

"This is the largest climate change experiment that’s happening on the planet, and it’s happening in our Minnesota backyard," said. 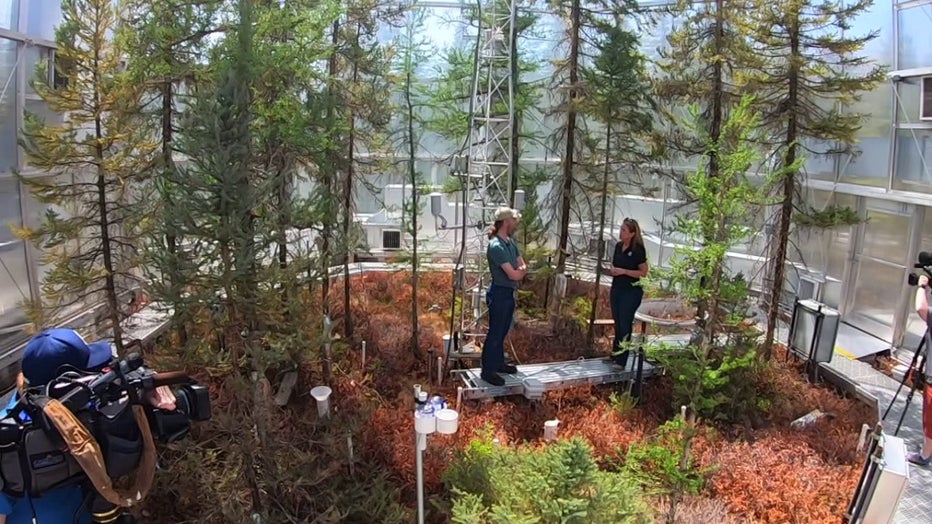 The Marcell Experimental Forest has been looking at the best ways to manage our nation's ecosystems since 1960. Around 2015, the Department of Energy funded the Spruce Project: Ten pods, 40 feet wide and 32 feet tall, were built around the untouched forest. They’re spread over seven acres of 20-acres peat land.

"This enclosure is about 12 to 14 degrees warmer than it is outside."

The Spruce Project looks at how climate change will affect peat bogs, which is a type of spongy wetland composed of living and dying plant life. They’re important because they hold a good amount of carbon, preventing it from entering the atmosphere as a harmful greenhouse gas.

"If that carbon isn’t stored here as peat and organic matter that carbon is going to spend time in the atmosphere as carbon dioxide or methane." 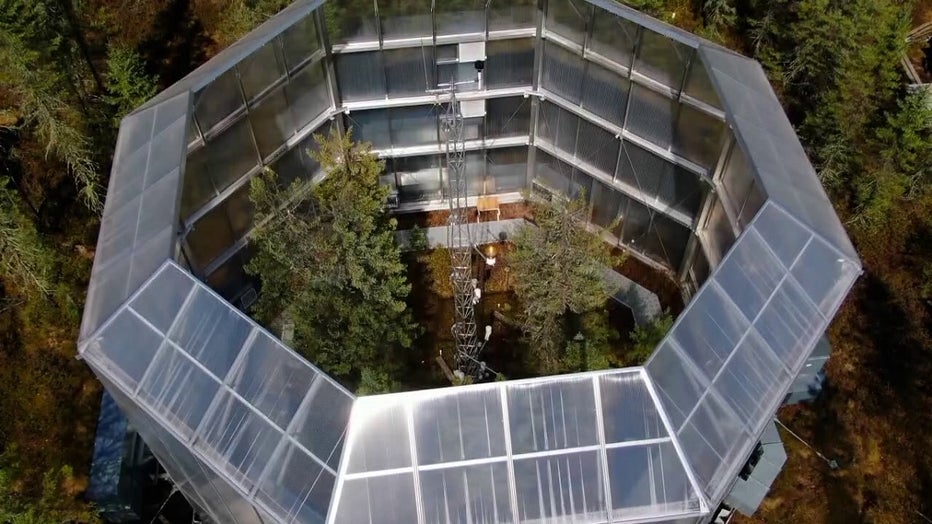 Some pods are heated, and some aren’t. The heated ones will give us a glimpse at the future.

Inside each is a number of tools that reach hundreds of scientists all over the world who analyze the data. But you don’t need data to see the difference.
The Spruce Project is a ten-year experiment. Around the year 2025, it will be decommissioned. The pods will come down the data collectors will be gone.

As for what’s next for the Marcell Experimental Forest, well that is still up in the air.