Ice-out up north is near latest on record The ice pulling away from the shore on Sawbill Lake north of Tofte, Minn., as seen at sunset on May 5. Courtesy of Dan Shirley | 2018

Minnesota’s reluctant spring has produced some of the latest ice-out dates on record in northern Minnesota.

Ice-out on some lakes in northeast Minnesota is near or at the latest on record according to the Minnesota DNR.

White Iron lake east of Ely reports an ice-out date of May 10. That’s the latest on record. The period of record for White Iron goes back to 2003. So it’s that latest in at least two decades. 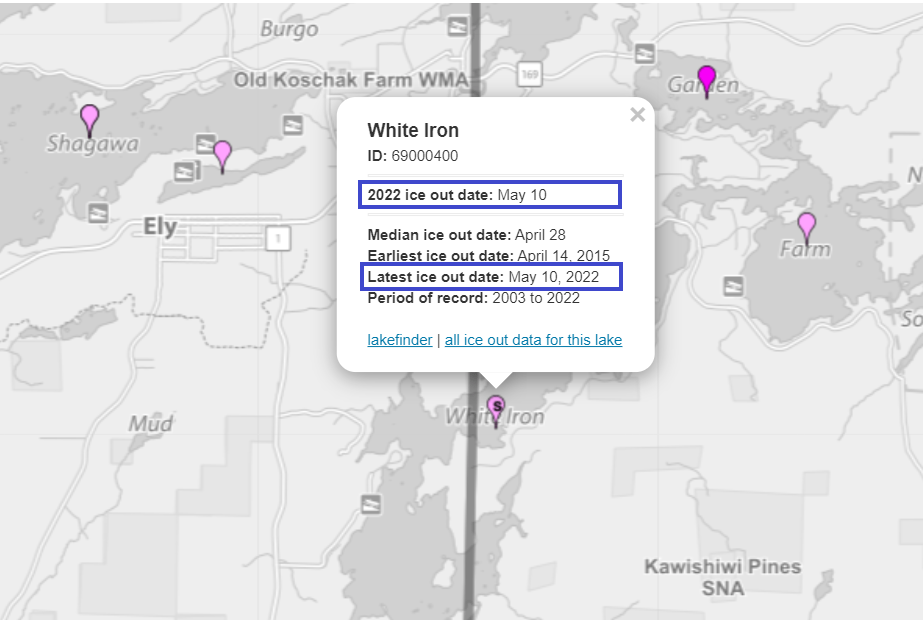 Sawbill Lake is a popular BWCA entry point lake at the end of the Sawbill Trail that runs north from Tofte. Sawbill lake reports an ice-out on May 14 this year. That’s just a day shy of the latest ice-out date on record which is May 15, 2014. Sawbill’s ice-out records go back more than 30 years to 1990. 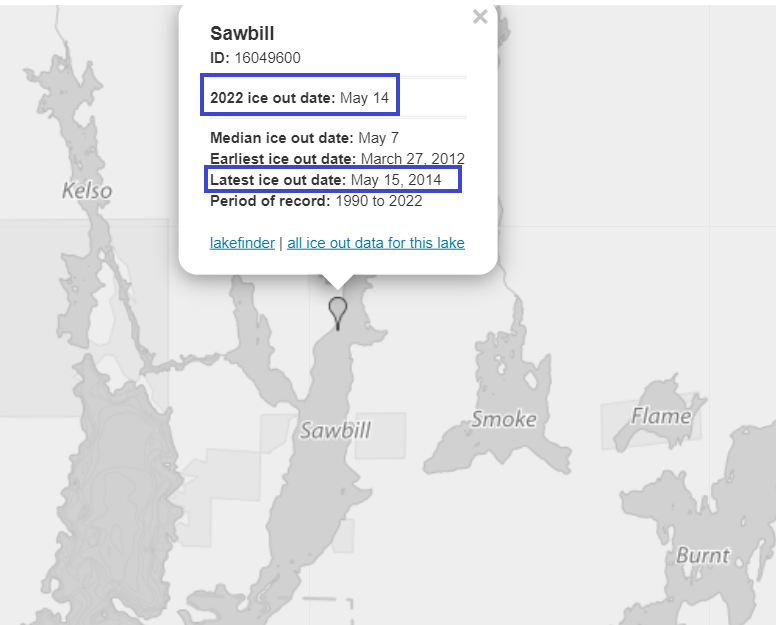 Much of northeast Minnesota received over 100 inches of snowfall last winter. Snow came down well into April this year.

The snowpack still contained more than a foot of liquid water in April. Our recent warmup brought heavy rainfall and rapid snow melt. That caused a surge of runoff into the network of streams and rivers in northeast Minnesota and along the North Shore.

To see the original report, visit this link to MPR News.