Dee Brazell has owned World’s Best Donuts, a fixture in downtown Grand Marais, for 20 years. It’s been in her family for even longer. Her grandmother opened the small shop more than a half-century ago.

And after all those years, she still loves to come to work. But the last two summers, she said, have been difficult. She’s had to close the business two days a week and close two hours early the days she’s open, because she can’t find enough workers.

"I'm so frustrated with not being able to run my business the way I'd like it to be run,” she said.

“I'm so tired of seeing help wanted ads in every single window. It’s so frustrating to see that we're all in the same boat. And it's not a fun boat to be in."

Throughout Grand Marais, business owners are struggling to gear up for what they expect to be another busy pandemic-sparked summer tourist season.

Just down the street, Sven & Ole’s Pizza has big signs plastered on its front windows, advertising up to $21 an hour for full and part-time jobs. 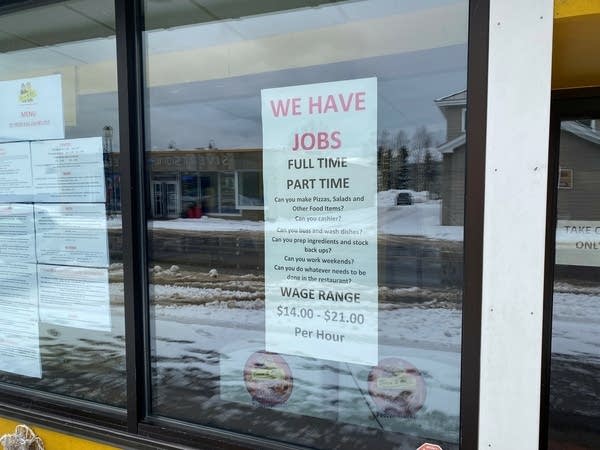 A sign on the window of Sven and Ole’s pizza restaurant in Grand Marais offers up to $21 an hour for jobs. Photo: Dan Kraker | MPR News

But for the past two years, there haven't been nearly enough workers to staff hotels, restaurants and stores, at the same time that the number of tourists has surged.

"We had the best of times in terms of the amount of business,” said Jim Boyd, policy and advocacy director for the Cook County Chamber of Commerce.

“And the worst of times in terms of how many people were available to serve them. And it created a lot of hardship, a lot of hard work, a lot of burnout."

It’s a far cry from the early days of the pandemic two years ago, when businesses in Grand Marais and along the North Shore of Lake Superior were bracing for the worst.

COVID-19 was just beginning to spread. Cook County asked second homeowners to stay away for a time. Someone even cut down a tree across Highway 61 to keep visitors away.

But despite those roadblocks, tourists in the summer of 2020 still flocked up the shore.

"We just always had a line out this window seemed like all hours of the day," said Katie Mumm, who worked at The Fisherman's Daughter restaurant and gourmet market in Grand Marais.

And this summer, she expects it will be even crazier. Mumm and her fiance just bought the restaurant two months ago. And they have big goals. They're expanding hours, and plan to stay open seven days a week. 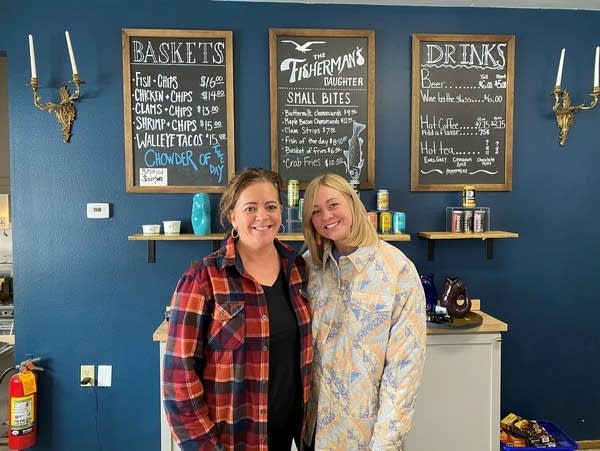 But to do that, business manager Stephanie Slanga said they'll need between 20 and 25 staff. That means finding another half dozen or so workers and finding them a place to stay in a town where rentals are incredibly scarce.

So, they're recruiting friends and family from the Twin Cities and beyond to help out. They’ve bought three campers for them to stay in, and recruited friends to host them.

“They're like, 'Sure, I can clean out my basement and we can make a spot!’ " she said. “You know, you just need to be creative."

Statewide, the hospitality industry is down about 32,000 workers from pre-pandemic levels. According to a new hospitality survey conducted by Hospitality Minnesota, the Federal Reserve Bank of Minneapolis and Explore Minnesota, 88 percent of hotels, restaurants and resorts are having trouble finding workers.

"We have a population of just over 5,000 people. And in the summer, on a given week, we have tens of thousands of people here who don't live here,” said the Chamber of Commerce’s Boyd.

“It was never in the cards for that small population to produce the labor that would be necessary to support that tourism-based economy."

So, since at least the late 1970s, businesses around Grand Marais have relied on an influx of international workers to fill those jobs.

Many are students who obtain a J-1, or Bridge USA cultural exchange visa.

Before the pandemic between 300 and 400 international workers came to Cook County every year.

But in 2020 then-President Donald Trump curbed the visa programs. That summer only a few dozen workers came. Last year the program picked back up, but the numbers remained far below typical summers.

This year, more international students are expected back. In fact, some have already come, including Victor Ulloque, a college student from Peru, who came for a couple of months this winter, which is summer in Peru. He's studying mechanical engineering and needs to buy supplies to build a race car for his senior thesis. 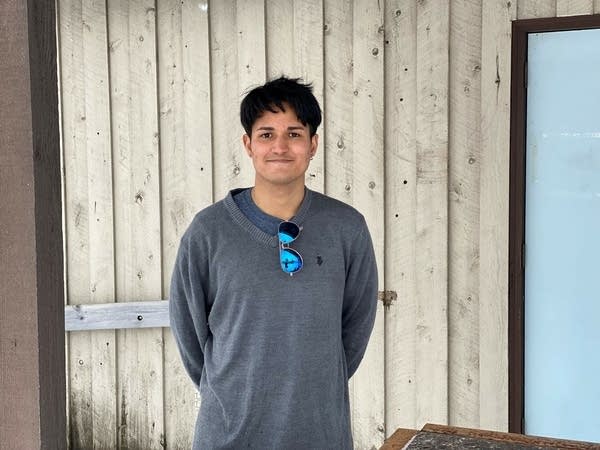 Ulloque, 23, worked about 12 hours a day, six days a week, at two restaurants in Grand Marais. On his day off he said he went snowboarding at nearby Lutsen Mountains.

"One of my objectives with coming here was [to] practice my English. Improving my listening, my speaking — hopefully with these two jobs I've been able to do that a lot," he said.

Dan Riddle owns the Blue Water Cafe, one of the restaurants where Victor Ulloque worked. Riddle's employing five students from Romania and Turkey this summer. But he still only has about half the workers he'd like to hire.

Linda Jurek said Visit Cook County is working to manage visitors’ expectations; to let them know that restaurants may have to close certain days or reduce their hours.

But those temporary closures can have an outsized impact on a regional economy that Jurek estimates is nearly 90 percent tourism.

“That's a challenge, not just for those individual operators, but for the broader economy,” said Ben Wogsland of the Hospitality Minnesota Association.

“Especially in an area that relies on tourism, where you've got a robust ecosystem of food service and overnight accommodations and outfitters, if it's starting to get curtailed.”

At World's Best Donuts, Dee Brazell also plans to reduce hours again. She plans to employ three student workers from Turkey this summer, after not getting any international help the past two summers.

She initially thought that would allow her to open seven days a week again, but now, she laments, “I don’t ever see that changing anymore.”

Still, despite her frustrations, she's looking forward to a busy summer. She may not be able to offer customers long johns and bismarcks — it takes more time, and more staff, to bake filled donuts. But she’s not ready to close the doors yet.

"I love coming in here and working. And when I think about not being here anymore. I'm not ready for that."