Authorities in Canada have identified the four people found dead last week a few yards from the border with Minnesota. Officers with the Royal Canadian Mounted Police found the bodies near Emerson, Manitoba, on Jan. 20.

The family, including a young girl and boy, traveled from India to Toronto a week earlier then headed west. 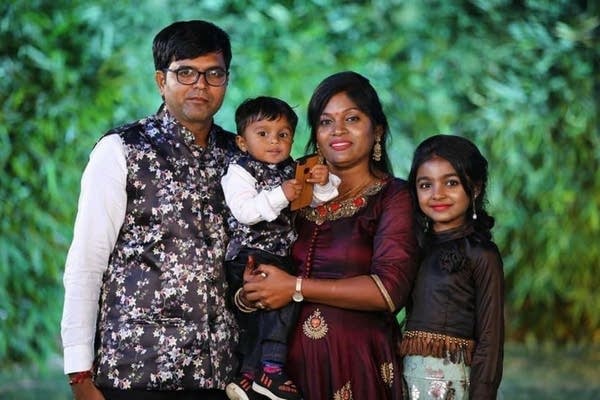 The RCMP said they all died of exposure and someone left them at the border; no abandoned vehicle was found.

Border agents arrested five other people from India in the area. One said the group had been separated from the Patel family, leading to a search for them.

Steve Shand, 47, of Deltona, Fla., is charged in federal court in Minnesota with transportation of an undocumented immigrant after two Indian nationals were found with him. He has not been charged in the deaths. A federal magistrate judge released Shand without bond but ordered him to obey several conditions.

When Shand was arrested, he was driving a 15-passenger van. One of the five migrants who walked across the border told authorities they expected to be picked up by someone in the U.S. He said they had been walking for more than 11 hours. Two of the five were hospitalized for injuries from exposure to the cold.

The seven people accused of illegally entering the United States have been released pending deportation hearings in front of an immigration judge, federal authorities said Thursday.

Six migrants were placed under supervision and one was released for humanitarian purposes, U.S. Customs and Border Patrol officials said in a statement. All of them have been ordered to report to U.S. Immigration and Customs Enforcement, or ICE, at a later date.

Federal authorities suspect that the case is linked to a larger smuggling operation along the Canadian border. One Indian national told a Border Patrol investigator that he paid a “significant amount of money” to enter Canada under a fraudulently obtained student visa. He intended to live with his uncle in Chicago.

Democratic U.S. Sen. Amy Klobuchar, of Minnesota, said the deaths illustrate that there's more work to be done to combat human smuggling and trafficking. She sent a letter to the U.S. Department of Homeland Security secretary asking about plans to increase its law enforcement efforts.

“Like so many others, I was horrified and heartbroken to learn that a family of four froze to death in a blizzard at the Minnesota-Canada border last week,” Klobuchar wrote.

Customs and Border Patrol referred all further questions to ICE's Enforcement and Removal Operations, which did not immediately respond Thursday to a request for an interview.

To see the original story and read related reporting, follow this link to the MPR News website. https://www.mprnews.org/story/2022/01/27/migrants-in-human-smuggling-case-facing-deportation-hearing...