Roger Kram repairs the throttle on his 1973 John Deere snowmobile on Jan. 8 in his son Wyatt's shop near Fargo, N.D. Retracing the route of a 500-mile snowmobile race that ran across Minnesota when this sled was new is a bucket list item for the 67-year-old Kram. Photo: Dan Gunderson | MPR News

"I came over the snowbank over here and lost control. It's a good thing we don't have a hole in the side of our building. Other than that, it's running real good," said Kram as he replaced the throttle.

The 67-year-old Kram and his 35-year-old son Wyatt are riding identical 1973 John Deere sleds from Winnipeg, Canada, to Elk River, Minn., to draw attention to an early snowmobile endurance race — the International 500 from Winnipeg to St. Paul.

Wyatt expects they might need to make a few repairs on the 500-mile, weeklong ride. 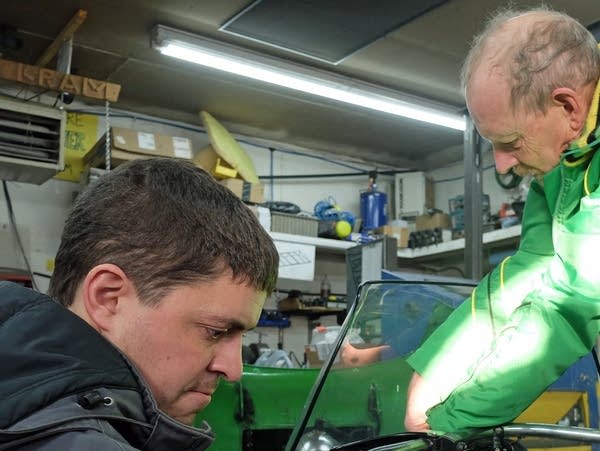 "We’re going to have a heated trailer along and all the parts we will ever need, so we can make our repairs as needed," he said.

The ride is a fundraiser for the Fargo Memorial Honor Guard. Roger is Navy veteran. The Krams rebuilt a vintage sled that will be given away as part of a raffle they hope will bring in up to $30,000 for the veterans organization.

The International 500 snowmobile race ran from 1966 to the early 1980s at a time when snowmobiles were exploding in popularity.

Roger said retracing the route became a bucket-list item a few years ago. First, he made sure his wife supported the idea.

"After I talked to her, then I mentioned it to my son,” said Roger. “And with his snowmobile addiction you might say he was all about it."

"I thought he was joking,” said Wyatt. “And then after that, I [realized] he was serious and I said, ‘We've got to do this.’" 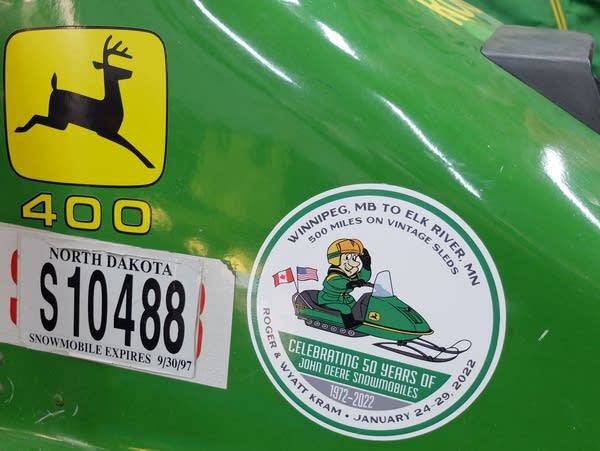 The ride was delayed last year because of the pandemic.

Wyatt said getting approval to start the ride in Winnipeg has meant “jumping through a lot of hoops,” but they have permission to cross the border.

Roger and Wyatt hope to complete the ride by the end of the week, and will be joined along the route by friends and local snowmobile clubs.

The Krams are quick to point out this is not a race, and the 1973 sleds they ride will be going much slower than they would have when driven by a racer in 1973.

But both men say they are inspired by the stories of what was an iconic endurance race.

"Some of their stories are just absolutely unbelievable of what they had to go through," said Roger.

"There was video of guys riding in on one ski,” added Wyatt. “They did whatever they had to to make it. One guy pushed a snowmobile across the finish line."

It was not unusual for more than half of the snowmobiles that started the race to drop out because of mechanical failure or rider injury. 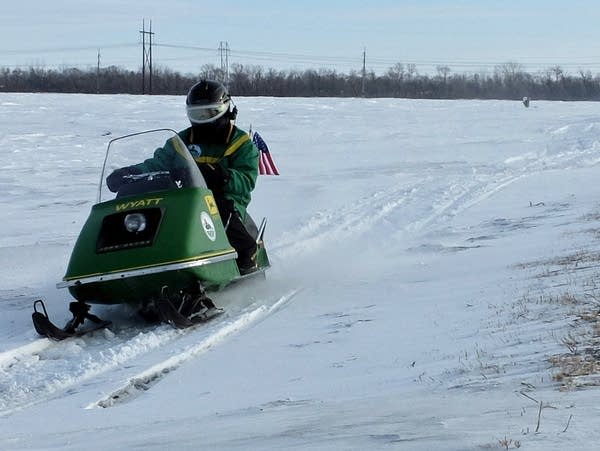 Riders had to make any repairs themselves along the race route, and mechanics were allowed a short time to make repairs at the end of each race day.

Today, there are four major snowmobile manufacturers — two based in Minnesota. In the 1970s there were more than 100 companies competing for a share of a growing market.

"It was worth millions in advertising and PR to win that race,” recalled Brian Nelson, a Spicer, Minnesota native who competed 11 times in the International 500 and won twice. “John Deere's budget for our team in 1976 was over a million dollars."

Nelson thinks often about those days when the riders drew crowds as they raced along road ditches and ran right through small towns along the route.

"People lined the streets, they'd run us past schools, they'd let school out,” he said. “It was really neat. I mean, people on the road, people at crossings, a lot of people came out to watch."

The race typically started in Winnipeg and ended in St. Paul as the Winter Carnival started. The route changed over the years between the first race in 1966 and the last race in 1982. 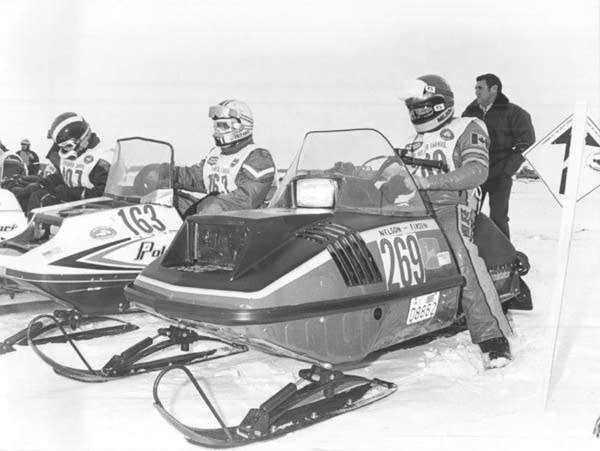 Crashes and broken bones were common. Early snowmobiles had little in the way of shock absorbers to cushion the bumps. Nelson said he never had a bad crash but remembers a close call when he hit a large snowdrift at high speed, was flung into the air and then slammed back onto the snowmobile.

"I had to stand up for about 30 miles because it hurt so bad, I couldn't sit,” he said. “My whole right leg the next morning was purple from my hip down to my toes, but you know, you get in a zone and you're not going to get off that thing. You're gonna stay on it."

Nelson said that incident happened on the last day of the 1976 race as he was trying to overtake the race leader. Nelson won the race that year. 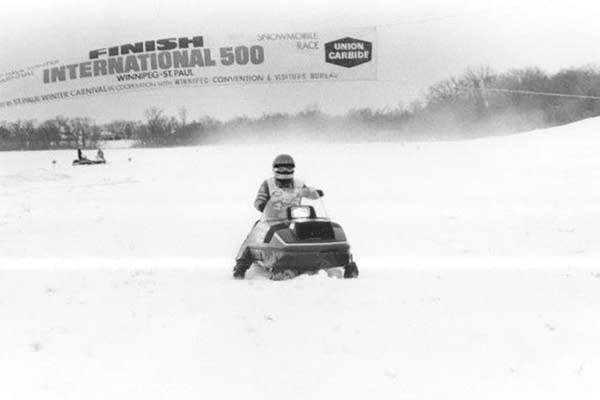 If the snowmobile technology was rudimentary compared to today, so was the cold-weather gear.

"We would wear just a one-piece union suit and our leathers, and the leathers weren't insulated,” said Nelson.

“It could be 30 below out, but when you crossed the finish line, took your helmet off, your head was just steaming, you pulled your gloves off, your hands were wet from sweat. If you were getting cold, you weren't riding hard enough."

There are still snowmobile endurance races, but Nelson says those early races were an experience that can’t be recreated today.

Roger and Wyatt Kram will ride groomed snowmobile trails and plan to end their ride 40 miles short of Lake Phalen, in Elk River at a vintage snowmobile show that typically attracts thousands of riders and fans of old snowmobiles. 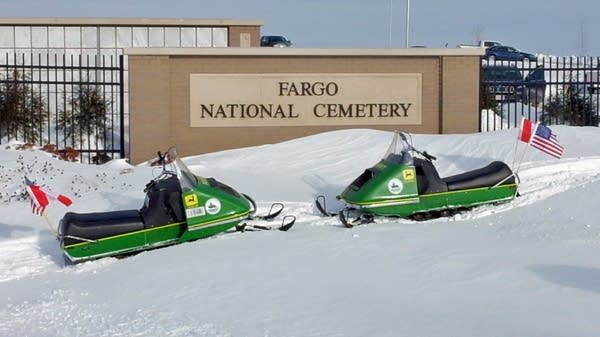 To see the original story and read related articles, follow this link to the MPR News website. https://www.mprnews.org/story/2022/01/24/vintage-winter-ride-recalls-snowmobile-glory-days
Outdoors