Despite a wetter-than-average December, water levels on Lake Superior are nearly 12 inches lower than a year ago, according to an organization that monitors lake levels.

The International Lake Superior Board of Control said Lake Superior water levels in January are 11 inches below levels recorded a year ago, and 2.7 inches lower than the long-term average between 1918 and 2020.

Shelley Psikla, who lives on the shore of the lake in northwestern Ontario, said the lake has been low for some time at her home in Shuniah.

There was no place to put the boat at the dock, she said, adding there was no water.

"This summer, it was even worse," Psikla said. "It just lowered and lowered. And as the fall approached, it is literally a sandbar."

Psilka has lived on the lake for a decade, and said three years ago, the water level was so high "you had to step up into your boat from the dock." 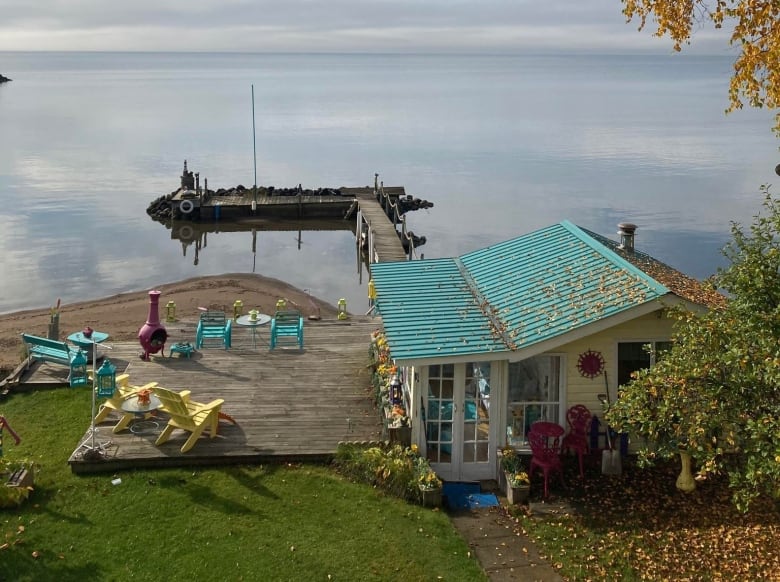 Last year, the water level had dropped by about 17.7 inches, she said.

"Obviously when you live on the waterfront, you want the water there, and you want to be able to participate in all of the wonderful water sports that are available to us," Psikla said. "When you can't put ... your jet ski or your boat anything right at your own dock and in front of your home, it's a big concern."

The board said in a media release issued this week that Lake Superior water levels typically drop by as much as 4 inches in January.

The board said Lake Superior declined 3/4 of an inch in December, less than the average December drop of 3 inches.

To see the original report and read related stories, follow this link to the CBC Thunder Bay website. https://www.cbc.ca/news/canada/thunder-bay/lake-superior-water-levels-1.6320787