The city of Paynesville’s water treatment plant. In response to a petroleum leak at a former service station, a process was added in 2015, in the building pictured on the right, to remove volatile organic compounds from the city’s water supply.   Photo: Courtesy of city of Paynesville

A longtime employee of the Minnesota Pollution Control Agency has filed a whistleblower lawsuit, claiming he faced retaliation for raising concerns about how the agency handles petroleum leak sites.

Mark Toso resigned in June after nearly 30 years at the MPCA, the last decade as a hydrologist in the petroleum remediation program.

The program is responsible for investigating, evaluating and removing risks from petroleum releases from storage tanks. Those leaks can contaminate soil and groundwater, create dangerous vapors and affect drinking water supplies. 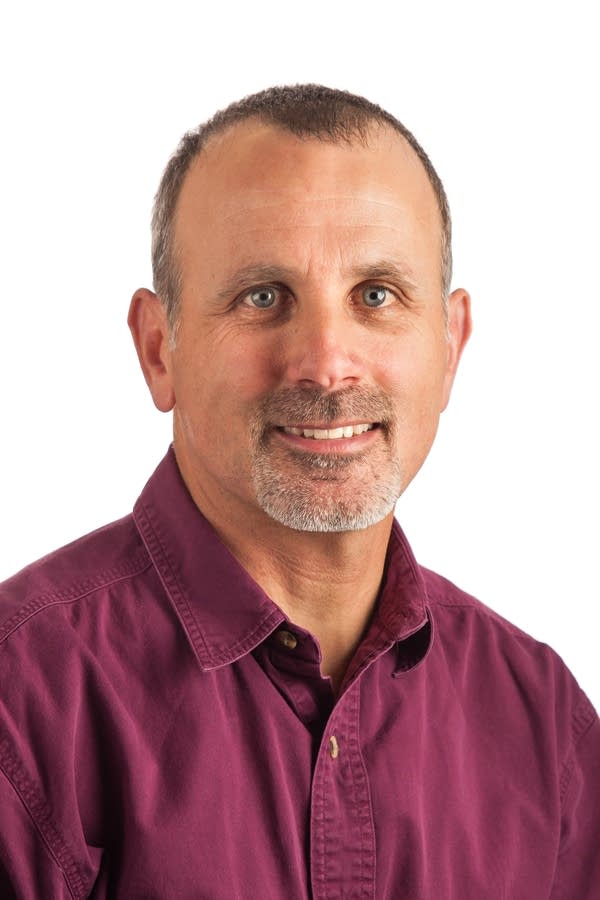 Mark Toso had worked at the MPCA for nearly 30 years.  Courtesy photo

In November, Toso sued the MPCA in Ramsey County District Court, alleging that the agency penalized him for voicing concerns that the program was failing to protect groundwater and endangering the public.

"I'm hoping this lawsuit brings changes to the agency because they're sorely needed,” Toso said in an interview in December.

MPCA spokesperson Andrea Cournoyer said she can’t comment on an ongoing lawsuit, but stated that the agency “works swiftly and thoroughly to address environmental impacts of contamination from petroleum leaks.”

“Our staff work with the best science and management practices available at any one time,” she stated. “The MPCA continuously seeks out and adopts new approaches or policies that emerge with the advancement of science and technology.”

‘The risk is the groundwater’

Petroleum storage tanks — often buried underground — can corrode over time and leak chemicals into the soil and groundwater, the source of drinking water for three-fourths of Minnesotans.

Since Minnesota’s petroleum remediation program began in the late 1980s, there have been more than 20,000 petroleum leak sites reported across the state.

Most have been deemed no longer a risk to the environment or public health and closed by the MPCA, meaning there’s no further cleanup or monitoring, Toso said.

“The problem is that they told everybody that they were cleaning up these sites and closing them,” he said. “But in reality, they weren’t.”

Toso said about 5,000 closed sites involve leaded gasoline, banned in the U.S. in 1996. It contains toxic additives known as lead scavengers, which are designed to prevent lead deposits in engines and don’t break down easily.

“So when they close a site and [say], ‘Well, the contamination will take care of itself,’ for leaded gasoline sites, it just doesn’t work,” Toso said.

Toso claims that around 2000, the MPCA shifted away from cleaning up contamination at petroleum leak sites.

Instead, he said the agency focused on eliminating pathways between the source of contamination and drinking water supplies — often by replacing affected wells — but leaving the contaminants to biodegrade.

In 2013, the MPCA decided to review leak sites that were still open after 10 or more years. During that process, Toso said he and a team of colleagues identified what they saw as problems with the agency’s practices.

Toso said he repeatedly raised concerns to his supervisors about closing sites where he believed contamination still posed a risk, because it might move over time.

“The risk isn't necessarily the well. The risk is the groundwater,” he said. “If somebody drills a new well, or [the plume] moves further, obviously that's a risk for the future.”

Public water suppliers routinely test for a range of contaminants, including those found in petroleum. But Toso said private well owners likely don’t have their water tested regularly for the chemicals.

In 2015, a supervisor gave him a “letter of expectations,” which said his workplace behavior was combative, accusatory and disruptive. Toso said his request to travel to a national conference on storage tanks was denied.

“Prior to raising these issues, he had an unblemished history with the agency,” Sivertson said. “That all changed when he decided to do the right thing.”

In May 2021, Toso emailed a supervisor announcing his intent to resign, writing, “The MPCA’s ongoing retaliation against me for raising concerns about the health and safety of the public has become intolerable.”

In a response to the lawsuit filed in court, the MPCA denied the bulk of Toso’s allegations, including that pathway elimination was a new approach created in 2000, or that it closed any leak sites without adequately addressing the contamination. The agency also denied any retaliation against Toso.

On its website, the MPCA says it uses a risk-based approach to correcting a petroleum release site. Possible actions include replacing water supply wells or providing municipal water, treating contaminated groundwater or cleaning up contaminated soil and groundwater.

Where the risks to water supply wells or other “receptors” are low and the plume is stable, contamination is left to naturally biodegrade over time, it states. A regional spokesperson for the U.S. Environmental Protection Agency said Minnesota’s approach has been approved by the EPA.

Jim Pennino was also a hydrologist at the MPCA for 30 years, mostly working on petroleum leak sites, before he retired in 2018.

Pennino said Toso was a competent hydrologist who worked hard and was known for his expertise.

"I think he was frustrated because he saw some problems with the program,” Pennino said. “And instead of listening to his comments and trying to maybe solve some of those problems, they just kind of labeled him as a troublemaker."

Pennino said there are legitimate reasons why some petroleum leak sites are too costly or complicated to be cleaned up easily. Some would require closing roads and moving power lines, utilities or even buildings that have been built atop the leak site.

But he said MPCA leaders pressured staff to close sites, even some he felt should be excavated to prevent more contamination.

"We call it a cleanup program. I sort of felt that we really should call it a site investigation program,” Pennino said. “We check out the site, and then we find some reason to close it.”

One leak site mentioned in Toso’s lawsuit is in the central Minnesota city of Paynesville, where a petroleum spill at a former service station was discovered in the 1980s.

Chemicals from the petroleum leached into the groundwater and forced the city two close two of its wells. The MPCA replaced the wells.

But city officials — and some MPCA hydrologists, including Toso — urged the MPCA to excavate the site and remove the contaminated soil, which the agency resisted.

Still concerned that the leak threatened their water supply, Paynesville officials turned to state lawmakers for help. In 2015, the Legislature appropriated up to $2.5 million for a treatment system to remove chemicals from the city’s water. 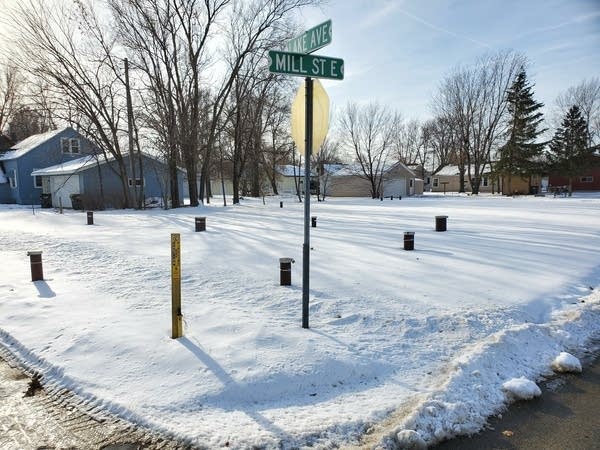 The site of a former service station in Paynesville, where a petroleum leak was discovered in the 1980s and forced the city to close two of its wells. The city received state funding in 2015 for a water treatment system. Photo: Courtesy of city of Paynesville

“We had raised concerns about appropriate remediation, and whether the site should just be excavated,” Reinke said. “And it seemed like those concerns were brushed aside or were dismissed relatively easily.”

Still, after reading Toso’s lawsuit, he said city officials have decided to have their water supply independently tested, “just to be extra cautious for those who may have some concern.”

In an email sent Monday to Reinke, Assistant MPCA Commissioner Kirk Koudelka assured him that the city’s drinking water is safe.

Koudelka said sampling of the city’s four wells since 2002 has shown no detections of contamination from the leak, and monitoring wells have not detected any petroleum compounds. He also said data from groundwater wells show the contamination plume is not moving.

The petroleum remediation program will get fresh scrutiny this year when the Office of the Legislative Auditor releases an evaluation of the program, including how its practices compare to other states.

To listen to the audio version of this report and see related stories, follow this link to the MPR News website. https://www.mprnews.org/story/2022/01/11/longtime-mpca-employee-alleges-retaliation-over-petroleum-c...