USDA announces a new focus on Indigenous food and agriculture The USDA Office of Tribal Relations announced this week that it will partner with several Native-led organizations on projects to raise awareness of Indigenous perspectives about food and agriculture.

"The United States government hasn't always incorporated Indigenous views and values into our work. And that's particularly true within the food and agricultural space," said Heather Dawn Thompson, director of the Office of Tribal Relations and a member of the Cheyenne River Sioux tribe.

"We're taking this moment to rethink how the United States Department of Agriculture interacts with and thinks about Indigenous foods and Indigenous farming and ranching techniques," said Thompson.

USDA will help fund equipment for the facilities, one in Minnesota and one in the southwestern U.S.

"Some of this equipment is quite pricey and difficult for the average producer or seed saver to acquire on their own," said Thompson. "So these will become regional hubs that will be available to Native producers to share and use in a cooperative fashion, in order to process their seeds and save them." 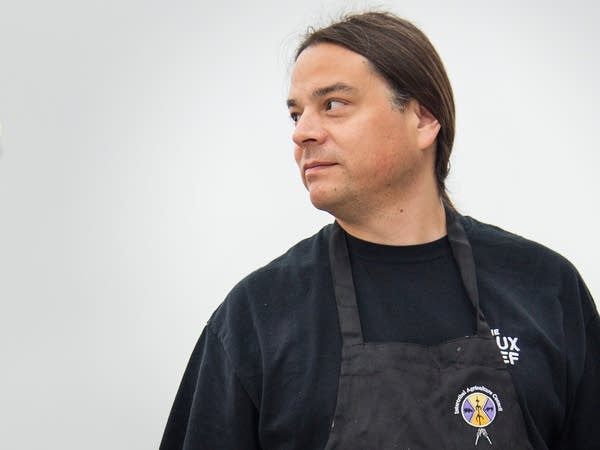 Sean Sherman, founder of the Sioux Chef, will create a series of healthy recipes and cooking videos, and California chef Crystal Wahpepah will create recipes and videos with ingredients from the west and southwestern United States.

“We are honored to participate in this exciting initiative and see this as a positive step toward increasing food security and food sovereignty in tribal communities,” said Thompson.

Other projects will expand a program to help market Indigenous foods and create guidance to help tribes transition to bison production.

The University of Arkansas-based Indigenous Food and Agriculture Initiative will create a report on regulatory changes needed at the USDA to empower tribal self-governance of federal food programs.

The projects are small, with funding coming from the USDA internal budget, but Thompson said the plan is to build on what's learned over the next couple of years and to expand the tribal initiatives.

To see the original report and read related stories, follow this link to the MPR News website. https://www.mprnews.org/story/2021/11/16/usda-announces-a-new-focus-on-indigenous-food-and-agricultu...

Introduction to Bookkeeping May 25