A year ago, almost all of Chey Eisenman’s car service customers wore a mask.

"We were at almost 100 percent of people — regardless of how they felt about COVID or masks — were wearing them,” she said. “And that was fascinating to me. And then as people got vaccinated, those masks came off really fast."

Eisenman runs a luxury car service called Chey Car. She said mask-wearing ebbed and flowed during the summer months, and jumped up again in late July when cases started to rise again, but she said that’s dropped off in recent months to around one in five of her riders.

“Just in the last couple of days, but not as dramatically as the end of July, we have seen people kind of putting on their masks again in the car,” she said.

Minnesota is hitting daily COVID case numbers not seen since the massive spike last fall and winter, and the seven-day positivity rate is now above 10 percent. As of Tuesday’s data release from the state health department, 1,348 people are hospitalized with COVID and there are 31,645 known active cases.

As the numbers grew and hospitals again were overwhelmed, particularly in parts of the state with low vaccination rates, public health officials warned that life was not close to normal.

Through the first year of COVID-19, there were lockdowns, mask mandates, limits on indoor spaces and other precautions through statewide emergency orders.

When around 70 percent of the population 18 and older had one vaccine dose, and the state opened back up last summer, many people stopped wearing masks in concert venues, restaurants and stadiums. Distancing slowly became, for the most part, a thing of the past. Minnesota’s peacetime state of emergency came to an end, and, in some ways, so did Gov. Tim Walz’ ability to reinstate statewide mitigation rules without major political battles.

For now, government buildings in parts of the state have mask mandates or recommendations, as do some businesses. Concert venues may require vaccinations or proof of a recent negative test. For the most part, deciding how not to spread COVID is mostly up to the public, and certain employers. 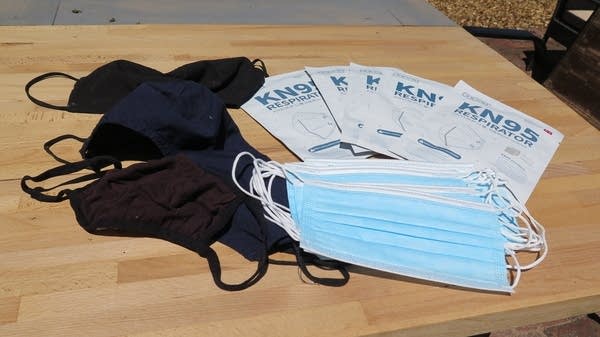 As Minnesota has hit another large spike of the pandemic, public health experts worry that people are not being careful enough, especially with pockets of the state with lower vaccination rates.

“I think most of the people today in the state don't feel as if they're at risk anymore,” Osterholm said. “And for many of them who are fully vaccinated, including having a booster that's absolutely true, they are at very, very, very low risk. Those who have had the two doses of vaccine as well as the single-dose, J & J (Johnson and Johnson) vaccine, still are at risk of having a breakthrough.”

Metro Transit spokesperson Howie Padilla says rider adherence to the federal mask mandate for buses and trains has fluctuated through the pandemic.

Padilla said riders were about 90 percent compliant last winter, based on what officers, drivers and security camera operators were reporting. He said that compliance dipped over the spring and summer.

“And now we're seeing it creep back up. And I don't think that's a surprise. I mean, I think we're seeing that simply because people are reading the news, and they see the numbers going back up,” he said.

Kris Ehresmann, the infectious disease coordinator with the Minnesota Department of Health said the Delta variant has led to more breakthrough cases as well as vaccinated people spreading the virus more easily.

"The delta variant means that even if we're fully vaccinated, we do have to be thoughtful,” she said. “That doesn't mean that you don't leave your house, but it does mean that when the CDC has guidance that says, ‘Hey, if you're in Minnesota, and you're going into an indoor public setting, you should mask regardless of your vaccination status.’"

Osterholm also advocates masking, but recommends  N95 and KN95s if wearers want to avoid getting infected.

To listen to the audio version of this story and see related reporting, follow this link to the MPR News website. https://www.mprnews.org/story/2021/11/17/covid-disconnect-as-cases-climbed-minnesotans-dropped-their...