Imagine seeing your art in mainstream places such as the NHL. For artist and graphic designer Patrick Hunter, it's a reality — and it's happened to him twice.

Hunter, an Ojibway artist from Red Lake who's currently based in Toronto, collaborated with Chicago earlier this year on the team's land acknowledgment, which is played at the beginning of every game.

Now, Hunter has designed a hockey mask for goaltender Marc-Andre Fleury, who wore it in a recent game against Pittsburgh Penguins for Native American Heritage Month in the United States. Hunter said he chose the design of Ojibway florals layered over a black base top as a unifying image that represents the Indigenous cultures on the Great Lakes.

The seven feathers at the top represent the seven Grandfather Teachings.

"My wife's family is of Abenaki and Mi'kmaq descent, and I wanted to do something special to recognize and celebrate Native American Heritage Month," Fleury is quoted as saying in a blog post on Chicago's website. "I was lucky enough to work with Native artist Patrick Hunter on a special-edition mask, and I love his design, especially the inclusion of the flowers and feathers."

Hunter first worked with the Chicago organization in February, when he designed the artwork for the land acknowledgment that plays before each home game. A few months later, the team reached out again, requesting that he design a mask for Fleury.

"It's kind of like a continuation of the land acknowledgment artwork," Hunter said.

Hunter said he accepted the first call "with a lot of trepidation" given that Chicago's logo isn't seen by many as a positive one for Indigenous people.

Still, after the call, Hunter saw "a lot of integrity," and he trusts the organization's plans to reconcile with the logo going forward.

"I thought that was a cool opportunity to help them with understanding that this is a long process, and they have a lot of fans to try and educate on First Nations issues, and then also educating them on why it was wrong in the first place," said Hunter.

"That's the kind of path that they're on," he said. "If I could help them through starting conversations with artwork, I thought that would be a good fit." 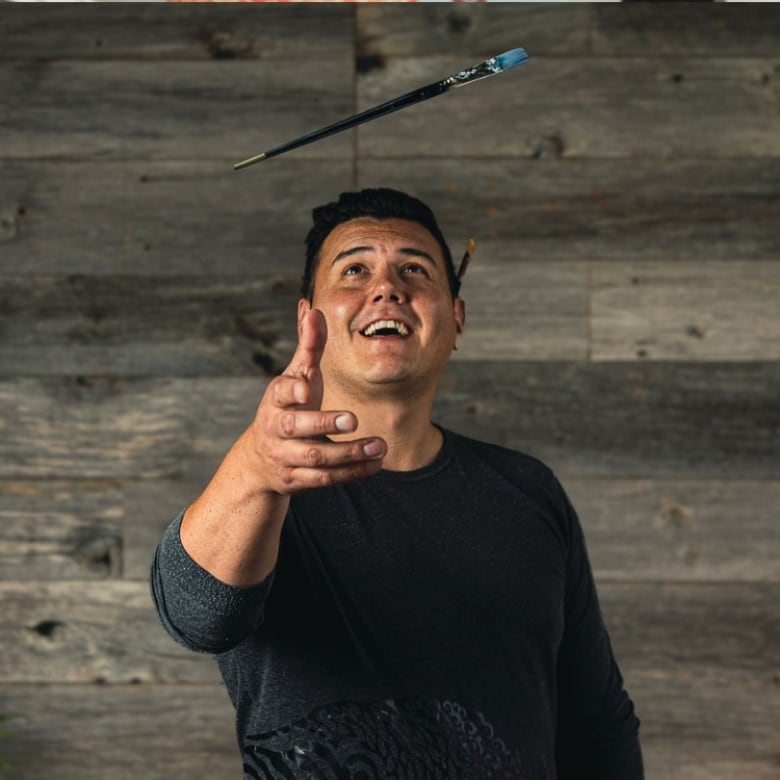 Hunter says that for Fleury's mask, he chose the design of Ojibway florals layered over a black base top as a unifying image that represents the Indigenous cultures on the Great Lakes.  Photo: Submitted by Purolator

But Chicago has also been the subject of a reckoning after an independent investigator found top team officials ignored allegations of sexual assault by a former player against a former assistant coach.

The NHL fined Chicago $2 million US for "the organizations' inadequate internal procedures, and insufficient and untimely response" to the allegations Kyle Beach made to the team in 2010.

It rocked the hockey world, and Hunter only learned about it through news reports like everyone else.

Hunter said he still wants to continue working with the team because it is actively trying to reconcile, and "you don't just leave people in the dark."

The artist said it's still a surreal experience seeing his work in both the land acknowledgment and on Fleury, but he stays humble about it.

As for the future of another collaboration with the NHL team, he's open to it, as a way to bring even more Indigenous artwork into the mainstream. 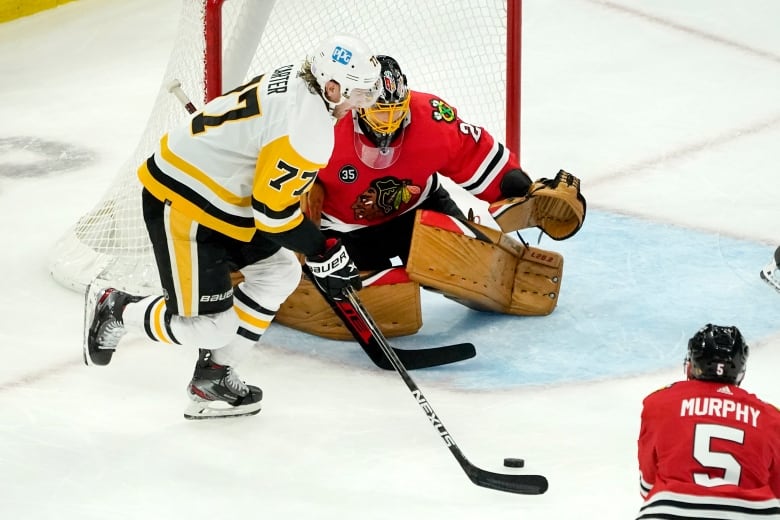 Fleury, shown in net against Pittsburgh and wearing Hunter's mask, said in a blog post that his wife's family is of Abenaki and Mi'kmaq descent, and he 'wanted to do something special to recognize and celebrate Native American Heritage Month.'  Photo: Charles Rex Arbogast/The Associated Press

To see the original report and read related stories, follow this link to the CBC News website. https://www.cbc.ca/news/canada/thunder-bay/chicago-nhl-hockey-mask-1.6246080
Arts+Culture

Introduction to Bookkeeping May 25