How the drought is impacting Minnesota's fall colors; and leaf-peeping tips The experts at the Minnesota Department of Natural Resources have been finding and recording the best leaf-peeping spots for years. A summer of drought and above average heat has made that work tricky.

“You have to start out with healthy trees,” Val Cervenka, the DNR’s forest health program consultant for the forestry division, explained. “And that usually means adequate rainfall.”

Cervenka, the unofficial fall-color forecaster for the DNR, explained that moisture, weather and daylight play large roles in the process of leaves changing color. After a summer of high heat and drought across the state, she originally predicted this year's fall colors to be anything but vibrant.

“By about May, we stopped getting adequate rainfall in the north. And, you know, by last month we were in that excessive brown area in the Midwest,” she said. “When the trees don’t have moisture, they dry up. And they actually might not turn any color, they might just dry up as they are.”

Or, they change color early. Cervenka explained that a chemical called chlorophyll, which is formed through photosynthesis and is the reason why leaves are green, is no longer produced when a tree doesn’t get enough water.

When the chlorophyll disappears from a tree's leaves, it allows for other color pigments, such as red and yellow, to show. So that’s why you may have seen the leaves in your neighborhood turn color as early as August.

Since Cervenka's predictions are largely based on overall moisture levels across the state, it’s no surprise that she was expecting this year’s fall colors to be less than impressive. But after a recent trip up to Superior National Forest, her predictions have taken a wide turn. She explained that the colors of the leaves were amazing — even in a part of the state that had experienced this summer’s drought the longest.

“The color change will happen no matter what, but the drought will influence the intensity of the color change. … We are still having fall colors, people,” she said.

Although individual trees change color for only a few weeks, the leaf-peeping season lasts until mid- to late October. It all comes down to knowing where to go and when.

The DNR keeps an up-to-date map of their fall color findings on their website, allowing users to find the best leaf-peeping spots in real time: the Fall Color Finder.

“It (also) allows you to compare the last two years with this year. It’s super interesting because at the same time last year, half the state was in color. And it’s not that way this year. I thought the drought was going to make this change happen earlier. I feel like there are still a lot of unknowns with color changing that people don’t understand,” Cervenka explained.

These maps show which areas were peaking with fall colors on Sept. 30 in their respective years.  Graphics: Courtesy of the Department of Natural Resources

Cervenka also gave a few tips on how to find the most beautiful colors this season. 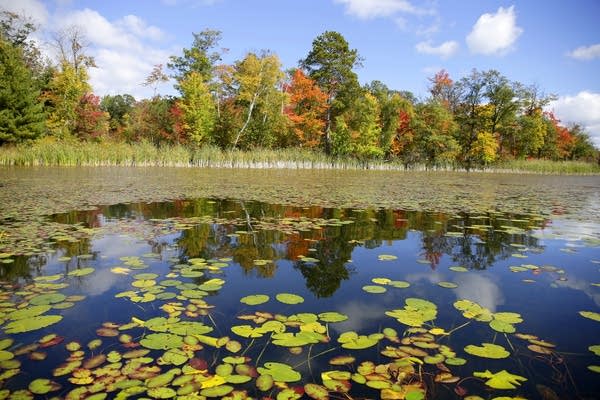 “If you find a body of water large enough upon a lake, chances are you can see better color around the water. Plus it just presents a beautiful view of the reflection.” 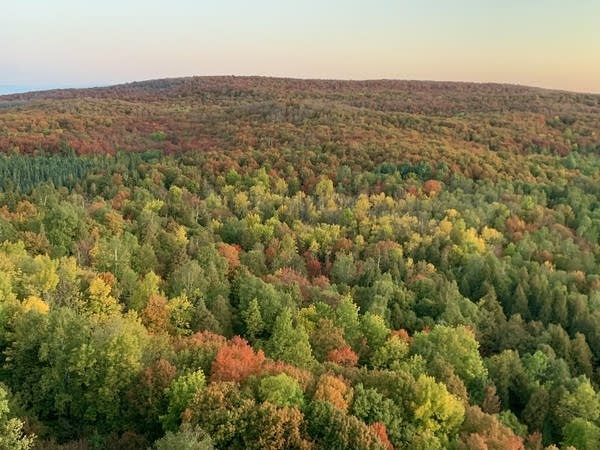 A view of the fall colors from atop Oberg Mountain along the North Shore on Sept. 22.
Photo: Andrew Krueger | MPR News

“If you go to a high point, it’s always better because you can see further,” Cervenka said.

More leaves, more trees and some fresh air. What could be better?

“There’s a lot of contrast. Birch contrasting with evergreen’s offset the tamarack turning yellow. The tamarack is the only evergreen tree that sheds needles every year.”

All the leaves contrast with the blooming native grasses and flowers along Interstate 35 north, and Cervenka herself said it’s one of her favorite drives to take in the autumn. 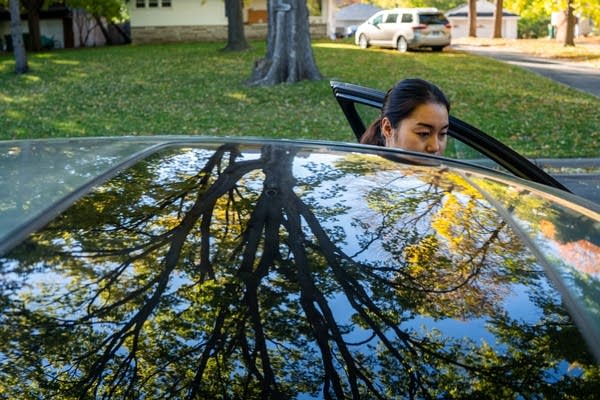 Fall colors are reflected in the roof of a car in Brooklyn Center. Photo: Evan Frost | MPR News 2018

Spending some time outside metro areas can offer you a bigger variety of trees and leaves to check out. “The reason that there’s a lot of color in the southeast” Cervenka said, “is because there’s a big variety of hardwood trees there. That tends to stay true for places where there is more topography, more highs and lows.” 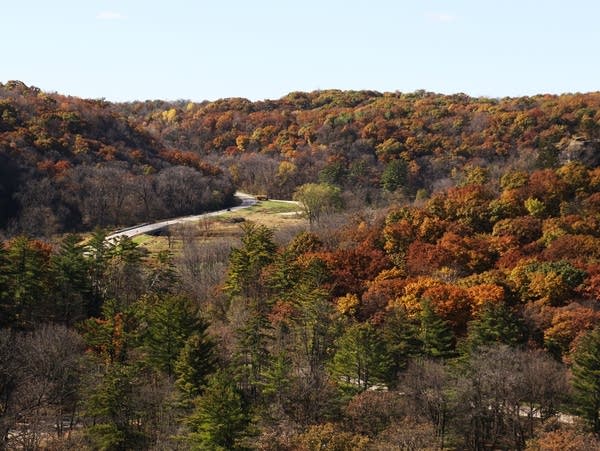 Get out of your usual leaf routine and take a day trip to a new location with new sights, new trees and new leaves.

“There are going to be crowds of leaf-peepers at those North Shore parks. I want to kind of turn people over to different parks this year. Go check out the Fall Color Finder to find out where parks are in color and go with that.”

To read the original report and see related stories, follow this link to the MPR News website. https://www.mprnews.org/story/2021/10/01/how-the-drought-is-impacting-fall-colors-in-minnesota-and-5...