This adventure town wants to put the brakes on promoting itself The gate to Arches National Park is closed on a weekday morning last month, as it is many mornings after the parking lots and trails quickly fill up.  Photo: Claire Harbage/NPR

Most days by about 8 a.m., the gates at Arches National Park in Utah close because all the parking lots are full and the trails are at capacity.

Many tourists then spill out onto the surrounding federal public lands — those red rock canyons and river cut gorges that first put one of the West's adventure tourism capitals, Moab, on the map. 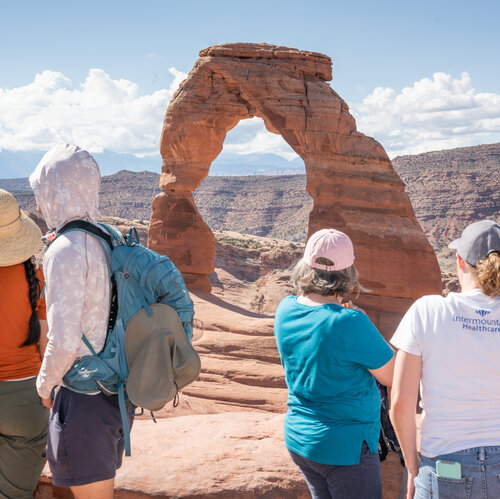 On a recent hot afternoon, swimming holes along a federal Bureau of Land Management trail east of town, usually a quiet hideaway from the bustle of Arches and nearby Canyonlands national parks, were humming.

After all, this is the summer of 2021, people are flocking to the rural West's vast wild lands in record numbers, eager to forget the 2020 lockdowns.

"Everybody's been stuck in the house. They all want to get out and have blast," says Sid Trivedi of Indiana. 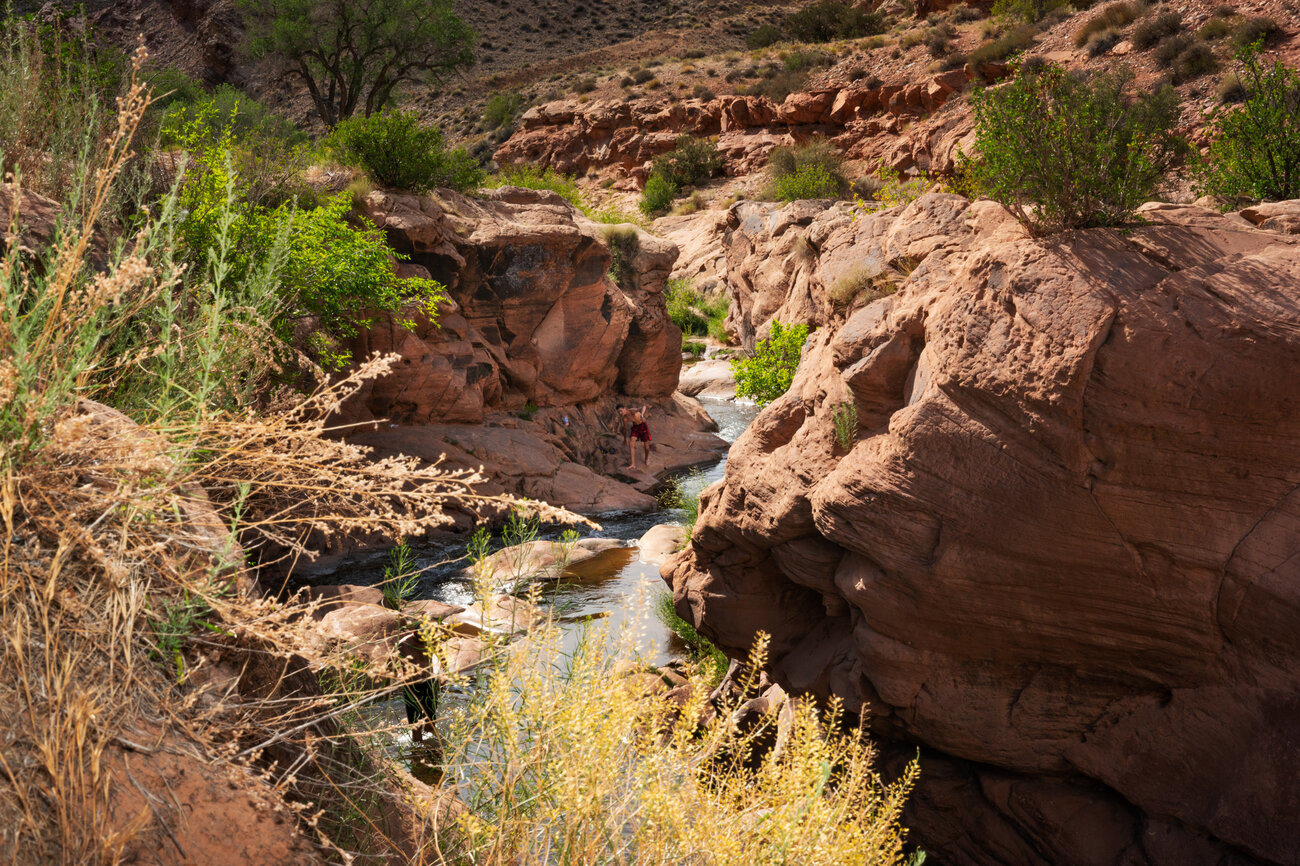 Trivedi and his family heard about the swimming holes from the guide they rented ATVs from. He had also researched the daily closures at the park and planned a day doing other things around Moab.

"It's crowded yeah, I came here six years ago, it wasn't crowded," he says. "In six years, it's just turned to really big crowd now, but it's fun."

But locals are apt to give an earful that their favorite secret stashes like this are being overrun. Town is clogged with noisy off-road vehicles, they complain. Second homeowners and Airbnbs are pricing people out of an already tight housing market. Businesses don't have enough workers. And then, there's the camping, everywhere, even if it's posted as off-limits.

Tourism is booming nationwide after the pandemic shutdowns were lifted. But some in Moab are wondering aloud these days whether you can have too much of a good thing.

"We're having a lot of problems with fire rings, with human waste. We've even gotten pictures of campers dumping their sewage right there," says Mary McGann, chair of the Grand County Commission.

Moab was once held up as a national model for how to reinvent an economy based on tourism and recreation. When McGann first moved here as a little girl in the 1950s, it was a sleepy uranium mining town. That all went bust by the late 1980s. Soon after, some locals who had lost their jobs in the mines opened a mountain biking shop. Things quickly took off. 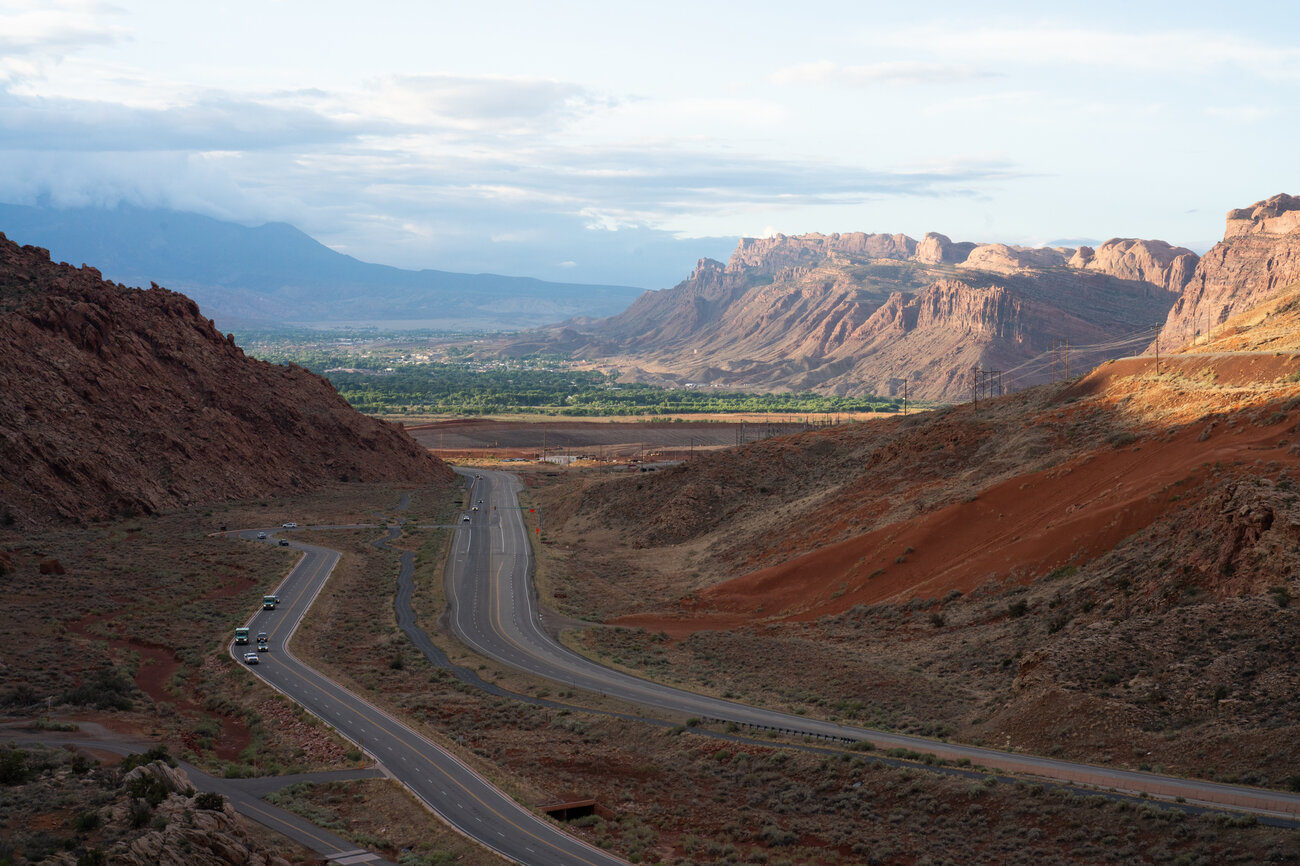 Moab, which can be seen from Arches National Park, was once held up as a national model for how to reinvent an economy based on tourism and recreation.  Photo: Claire Harbage/NPR

The current visitor crush has caused local leaders to ask the question: Are we promoting ourselves too much? 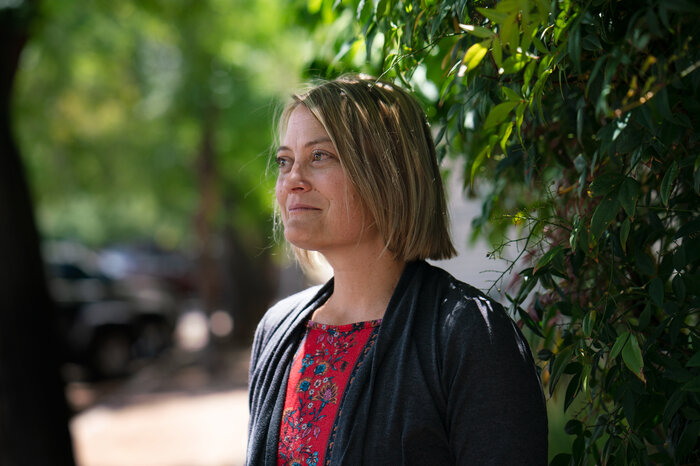 "It's a good problem to have, especially coming out of a pandemic and a couple of months of no income for a lot of folks," says Moab Mayor Emily Niehaus.  Photo: Claire Harbage/NPR

Some blame a Utah law that requires towns like this to spend most of their hotel tax money on marketing to bring more tourists to town. This year, local leaders did persuade state lawmakers to give them more flexibility to use some of this money to pay for tourist impacts. (Ironically, the law stems from the mining bust era when Moab lobbied the state to allow them to use more money for tourism promotion.)

Leaders here are also pressuring the National Park Service to put a reservation system in place at Arches. But one of the biggest complaints heard is that there is hardly any enforcement of environmental rules on the federal public lands.

There are only three federal law enforcement rangers patrolling this wild area that's larger than Delaware, a perennial problem not unique to this corner of the West. 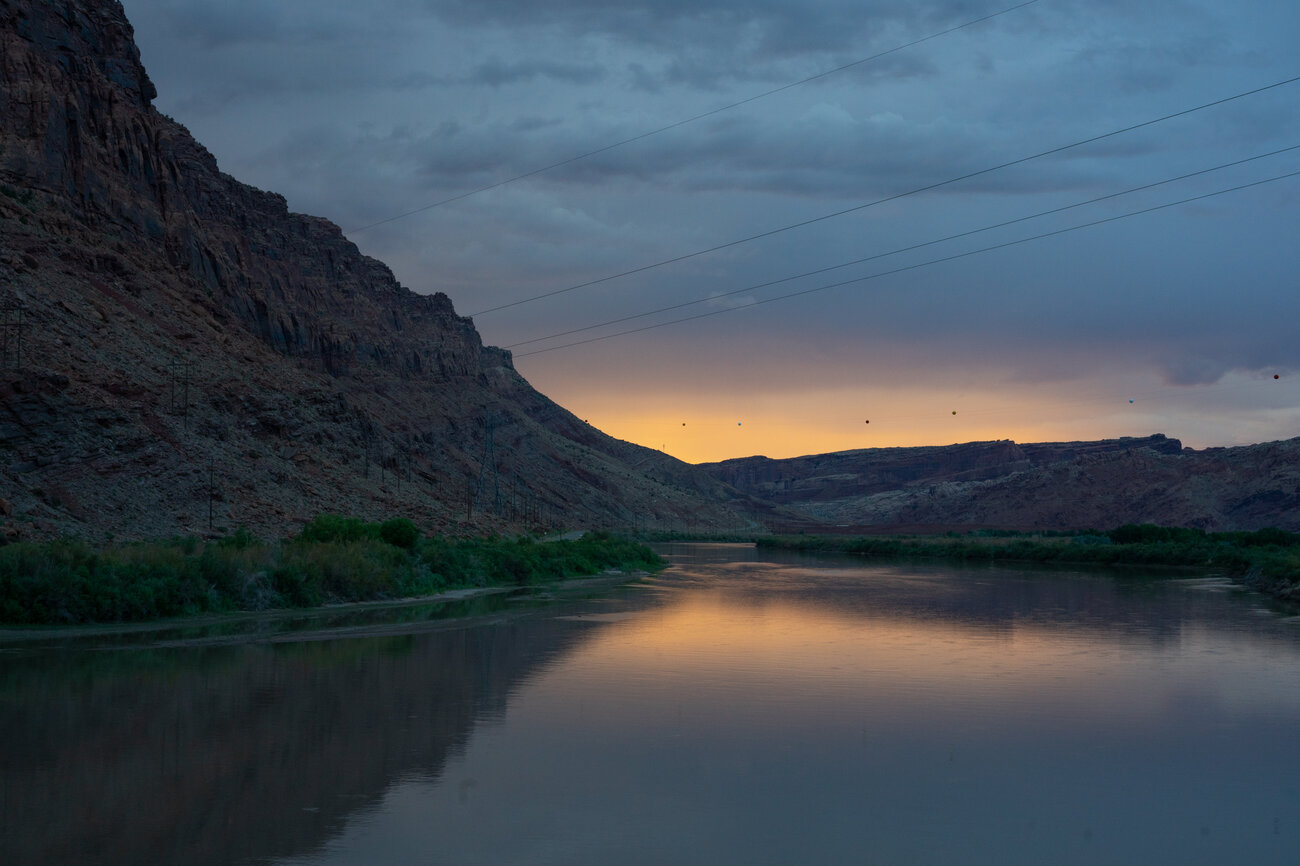 The Colorado River runs just west of Moab along federal Bureau of Land Management land, which has seen a surge of visitors happy to be out of their homes.  Photo: Claire Harbage/NPR

"Basically any flat spot on a busy weekend people are camped there, even if [it's] right next to the no camping sign," says Kerry Kelly, a part-time Moab resident and an assistant professor at the University of Utah.

Kelly started speaking out in June after an illegal campfire ignited a wildfire that later destroyed her home and three others between Moab and the La Sal Mountains. There was a fire ban at the time. But Kelly says many new visitors are coming with little knowledge about nature or how dry the region is.

"People that grow up in the West know that would be a really bad idea to do that and it's prohibited," she says. "On the other hand, you might come from an area of the country that is much less flammable and you might not really understand that."

Kelly says it's time for towns like this to put the brakes on marketing — and put more money into educating their guests and infrastructure to support their locals.

To see the original report and read related stories, follow this link to the NPR News website.  https://www.npr.org/2021/07/31/1022227257/national-park-gateway-towns-tourism-crowded-pandemic?sc=ip...