Forest fires have been tearing across a large swath of northern Ontario this summer.  Photo: Facebook

More fires, more smoke and more heat. Those are just a few of the things northern Ontario residents can expect in the future according to a scientist who specializes in climate change.

David Pearson is a professor in the School of the Environment at Laurentian University in Sudbury and has spent the past decade working with First Nation communities on climate change and its impacts.

Pearson said weather patterns are shifting in the north, influenced by large-scale changes in the environment and atmosphere.

"The north, in general, is being influenced by what's happening in the Arctic." said Pearson. "The sea ice cover is becoming less and less, and that is caused by overall global warming. But then when the ice that reflects the sun's energy is melted, it's replaced by dark water, which soaks up energy. Just like anybody with a dark coat will tell you, they get warmer when they're out in the dark coat compared with a light one." 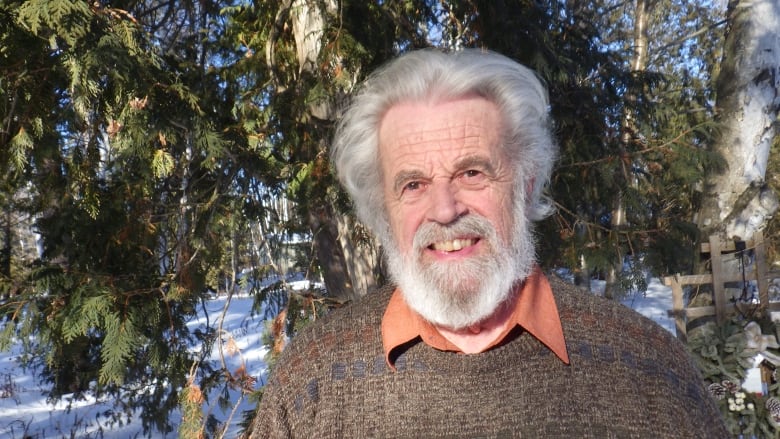 David Pearson is a professor in the School of the Environment at Laurentian University in Sudbury. Photo: David Pearson

The ice breakup on Hudson Bay has been four or five days earlier per decade since the 1980s, Pearson said, and that means the cold breezes that normally have blown from the ice cover on Hudson Bay are now not happening. And he said Hudson Bay is becoming warmer.

"You could even swim in Hudson Bay if you can take 11 degrees as your swimming temperature by the end of the summer," he said.

A hotter north has lead to earlier springs and less predictable conditions overall, Pearson said. He added, for many First Nations, changes in the weather have begun to impact traditional hunting and harvesting. When he has spoken to elders about the changes to the weather, they talk about the effect on wildlife and changes in range and movement.

"The migration patterns of geese are changing," said Pearson. "And that's not just the timing of their migration. But geese are tending to fly over the communities where they landed in the past and keep going north. And that's causing a difficulty in food security."

Pearson noted this summer's many raging forest fires have been a very visible reminder of what happens when the north becomes hotter and drier. He said the fire and smoke are a threat to both the communities of the north and the people fighting them. But Pearson also said the incremental creep of a warming north creates a different kind of danger to residents. This online map shows some of the forest fires that were burning in Ontario on July 13, 2021. Graphic: Facebook

"The air temperatures are rising, and the number of very hot days in a place like in Kenora is increasing," said Pearson. "In other words, the number of 32-degree centigrade days. There are about five or six of those now, but in 20 to 30 years, they'll go up to two dozen or even 30 annually."

Pearson said very hot days are also being accompanied by much warmer nights with the temperatures staying above 18 degrees. He said that can create heat stress on young babies and the elderly.

"Many small communities simply don't have a place where people can go during the day and even to sleep overnight if the weather is very hot." he said. "Nature responds to weather, and nature in all of its aspects – both animal and plant – is changing."