The thick wildfire smoke that choked much of Minnesota earlier in the week has largely dissipated.

But while measurements of particulates in the air have receded from record-high levels, the air quality still isn't great across Minnesota as the state moves into a weekend of hot, humid conditions.

And as wildfires continue to burn in Canada and the western United States, the Midwest may see more plumes of wildfire smoke drift in through the rest of the fire season — so experts say Minnesotans should stay aware of air quality.

David Brown, a meteorologist with the Minnesota Pollution Control Agency, said there are good reasons to limit outdoor activity until poor air conditions completely subside. Brown said you can’t see what could hurt you.

"The pollutant in the smoke's called fine particles, and these are particles that are smaller than 2 1/2 micrometers in diameter, which is roughly about a quarter of the width of a human hair or smaller," he said. 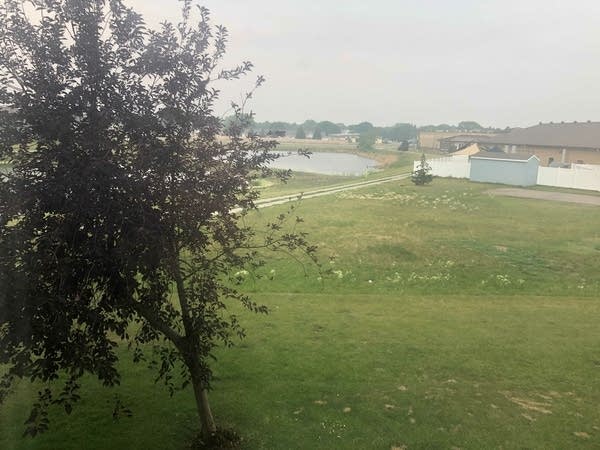 Dory Baker is a nurse practitioner with the asthma clinic at Children's Minnesota. She said children's lungs are still growing, making them weaker and more susceptible to smoke particles.

"Those particles are able to, you know, get down into the lungs easier because they are smaller in size," she said. "And so when that happens, you can actually have some damage to your lung function."

Baker said she has encountered patients struggling with asthma this summer. She prescribed one pre-teen patient, a football player, oral steroids because the air quality was so bad.

Brainerd was among the cities that experienced the worst smoke pollution earlier in the week, with the air quality index (AQI) exceeding 300. A "good" AQI is between 0 and 50.

On Friday most of the state was reporting "moderate" air quality, with AQI readings between 50 and 100.

At the Brainerd location of Essentia Health, allergist Minto Porter said a peculiar smell lingered outside through the week.

Porter said she believes the poor air quality could contribute to longer-term damage to people's lungs.

"The American Lung Association described it as a sunburn-like process for your lungs," she said. "So, it causes a lot of inflammation, triggers this inflammatory cascade in our lung tissue which really exacerbates any pre-existing pathology, but also can contribute to symptoms even for patients with healthy lung tissue."

Both Baker and Porter discouraged Minnesotans from exercising outside until air quality improves even more.

And with another heat wave affecting the state, authorities and health experts urge Minnesotans to take extra precautions if they need to spend time outside. That includes drinking extra fluids, trying to reschedule outdoor activities to the early morning or evening if possible and watching out for signs of heat exhaustion.

Authorities also recommend checking in on neighbors and relatives who may be more susceptible to heat and air-quality issues. And they issued a reminder to never leave young children or pets unattended in vehicles.

To listen to an audio version of this report and see related stories, follow this link to the MPR News website.  https://www.mprnews.org/story/2021/07/23/as-smoke-dissipates-in-minnesota-health-experts-urge-people...