A long road to recovery for Lake Superior fish Some communities live and die with a single industry.

"It's the reason for the community being here," Jody Davis, mayor of Terrace Bay, Ontario, told EHN. A wood pulp mill—which started operating in 1947—is the economic engine of the small town of less than 2,000 people. Terrace Bay incorporated in 1959. Davis credits the mill for the township's high school and hospital.

But another part of the mill's ongoing legacy is the pollution and ongoing recovery of Lake Superior's Jackfish Bay, four miles east of town.

For decades the mill sent polluting effluent—including dioxins and furans—down Blackbird Creek to the bay, delaying sexual maturity and reducing hormone levels, fat storage, gonad size, and population size of the fish there.

Davis, who worked at the mill as an electrician for 36 years and has lived in Terrace Bay since 1975, remembers effluent foaming and reeking of sulfur.

"At times it was quite a mess," he said.

That might surprise. Lake Superior—which holds more than 10 percent of the world's fresh surface water—has a reputation as the largest, deepest, clearest, coldest, and most remote of the Great Lakes. It's less densely populated than the other lakes with fewer than a million people on its shore; Lake Erie has 3 million people living on it, but its shoreline is less than one third the length.

Still, the lake in recent years experienced some of its first algal blooms on record (though it's unclear if they will reoccur). In 1987 when Canada and the United States designated 43 polluted locations as the Great Lakes Areas of Concern, eight were on Lake Superior.

Cleanup efforts at Jackfish Bay, one of the original Areas of Concern, have improved conditions there, according to scientists who recently published a 35-year review of improving health for white sucker, a native fish. The study, published Frontiers in Endocrinology, tracks improvement across a suite of health indicators including liver size, gonad size, and hormone levels. The Jackfish Bay white sucker population has nearly recovered. Problems persist and the mill continues to release toxics into the bay, but, according to one researcher, the improvement "really is a good news story."

Jackfish Bay suckers are emblematic of a wider problem. Endocrine-disrupting chemicals exist throughout the Great Lakes and can cause a mélange of problems. One study of locations in all five Great Lakes found (albeit in small sample sizes) high rates of intersex bass and males with the protein precursors of eggs in their bodies, disruptions attributed to estrogen-mimicking chemicals. Another found the same dynamic in white perch in Lake Ontario. Perfluoroalkyl substances, known as PFAS, can act as endocrine disruption and are ubiquitous throughout the Great Lakes, entering via contaminated sites or through the air and rain. Michigan alone has 50 fish consumption advisories due to PFAS throughout the state. Another major and difficult-to-address source of endocrine-disrupting chemicals is wastewater treatment effluent, which is far more common than pulp mills.

The research at Jackfish Bay and other pulp mills supported the case for new regulations at Canadian pulp mills, notably a 1992 law that prompted mills to stop using elemental chlorine to bleach their wood pulp. Elemental chlorine bleaching produces dioxins and furans.

These toxics are less common in the environment than they were 30 years ago, but they will be around for years to come as they're slow to break down, according to the U.S. Environmental Protection Agency.

The recovery of white sucker at Jackfish Bay proves protecting fish from the worst effects of toxic effluents is possible. However, the mill has faced penalties within the last 10 years for wastewater pollution and released polluting chemicals in their wastewater effluent, according to self-reported data.

Pollution hotspot in the Great Lakes 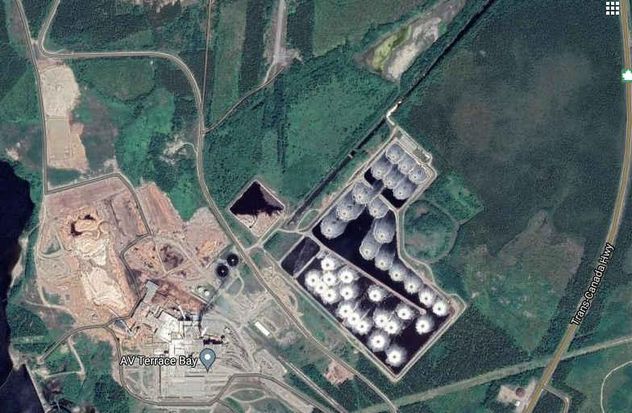 When Jackfish Bay was designated a Great Lakes Area of Concern, fish sampling revealed that four decades of effluent from the pulp mill had caused a litany of problems that white suckers in the unpolluted waters of nearby Mountain Bay didn't experience.

White suckers in Jackfish Bay had testosterone levels below 40 percent of Mountain Bay fish as they got ready to spawn. In the fall, other sex hormones measured less than 30 percent. The fish's ovaries and testicles were smaller in Jackfish Bay.

During the spring, right before they spawn, Jackfish Bay white suckers were older and shorter than their Mountain Bay counterparts, a sign that the fish exposed to the effluent were maturing more slowly. In the fall, their livers were larger than Mountain Bay fish; in the spring, they were smaller.

"Fish store a lot of energy in their livers, and they can use it when they need quick energy," Erin Ussery, an Environment and Climate Change Canada research scientist and one of the publishing authors, told EHN. White suckers might be depleting their livers to grow their gonads, but it wasn't working.

They apparently have enough food and energy to spare—they were able to grow large livers—but they were not successful reproducers as they had smaller gonads and produced fewer eggs.

"It confirmed to us that fish exposed to this effluent have trouble figuring out where they should invest the energy they have," Mark McMaster, another author of the study and scientist at Environment and Climate Change Canada, told EHN.

These effects point to endocrine disruption, a mucking up of a body's system of hormones and development, which can keep fish populations low. Fish can pass these chemicals on to the animals that prey on them. They can accumulate further up the food chain and have been linked to weak eggs and deformities in fish-eating birds. High levels of dioxins and furans have been documented in bird eggs around the Great Lakes.

In 1988, predictions said the white sucker population would plateau at 70 percent of its potential because of the fish's inability to reproduce.

Since then, white suckers are recovering as modifications to the mill's process have made effluent less harmful.

"Everything seems to be getting better," Ussery said.

In recent surveys, gonad and liver sizes continued to get closer to normal, females were laying 142 percent of the eggs their Mountain Bay counterparts did and fish were developing and spawning at a younger age. The white sucker population in Jackfish Bay, which could be at 93 percent of its potential now, likely isn't the only fish feeling the benefits. 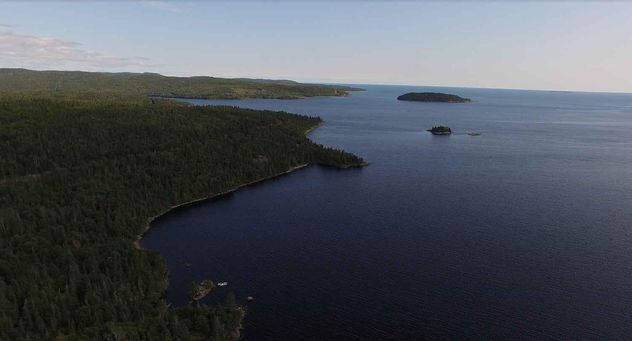 Early on, lake whitefish and longnose suckers were also studied at Jackfish Bay and showed similar disruptions to their hormones, development, and reproduction.

While it's impossible to say they've recovered along with white sucker without further study, white sucker act as a sentinel species for Jackfish Bay.

"It gives us a good representation of what may be occurring with other fish species or benthic organisms," Ussery said.

A full recovery to "whatever is normal for Jackfish Bay" might be hard to measure anyway, since there could be naturally occurring differences between it and Mountain Bay, Michael van den Heuvel, a professor of biology at the University of Prince Edward Island who has done research at Jackfish Bay before, told EHN.

It can even be difficult to know how pulp mill effluent causes problems for fish, he said. In one case, problems affecting fish egg integrity could be traced back to cloudy effluent that blocked too much light.

To read more of the original report and see related environmental reporting, follow this link to the EHN website:  https://www.ehn.org/lake-superior-fish-2653716374/fish-recovery-from-pollution