Born and raised on the Cheyenne River Reservation, a sovereign Lakota nation in South Dakota, Dawnee LeBeau is Oóhenuŋpa Itázipčo (two kettle and without bows) of the Tetonwan Oyate (people of the plains). After losing her father, she found comfort in doing things she did with him, like identifying plants. LeBeau was doing that with family when she made this image of her niece.  Photo: Dawnee LeBeau

The year 2020 marked the 400th anniversary of the Mayflower's arrival from England to Plymouth Rock, Mass., a moment encapsulated with the general notion that the following year, pilgrims broke bread with the Wampanoag Tribe in an act of friendship.

For generations that story — from the white settlers' perspective — has been taught to children in schools.

"The Mayflower and its aftermath has become the first and most culturally iconic story told to many young Americans about the country's founding and initial relationships with Native people," says photographer Sarah Stacke.

"But the stories they're told of a golden age of friendship, new beginnings, and untouched wilderness, is a myth." 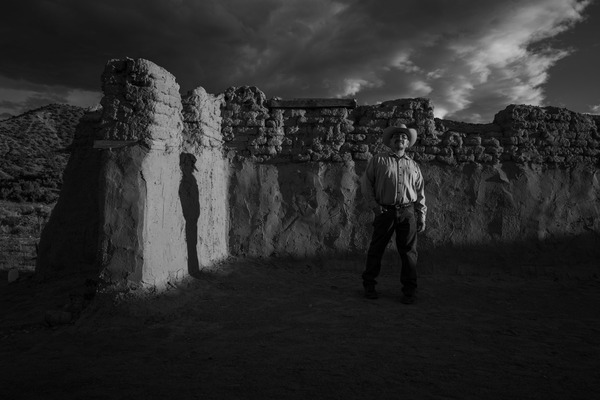 Photographer Russel Albert Daniels (Diné & Ho-Chunk) is based in Salt Lake City. His projects explore identity, memory and history. In this photo, Delvin Garcia stands in the remains of an 18th century Catholic church in New Mexico. Garcia is a descendent of a Genízaro family from Abiquiú, N.M. Genízaro was a Spanish imperial caste of Indigenous enslaved people in the Southwest borderlands.  Photo: Russel Albert Daniels 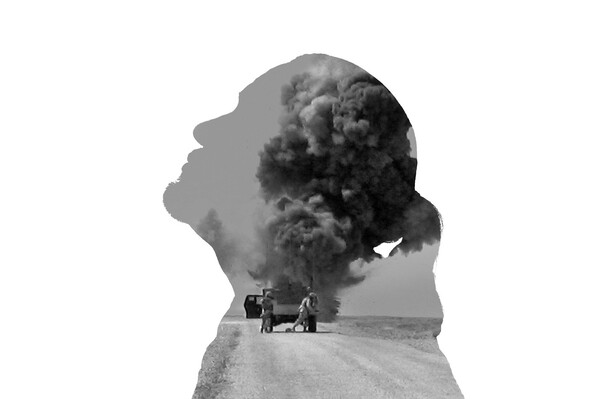 Combat veteran Nathan Maybee (Seneca) faces his trauma and PTSD through photography. Above, Maybee's silhouette is layered with a video still he made in Iraq. "Post-combat life has many struggles," says Maybee, and this image represents that. "You miss it, you hate it, you're thankful for the experience, you're angry at the losses." Image: Nathan Maybee 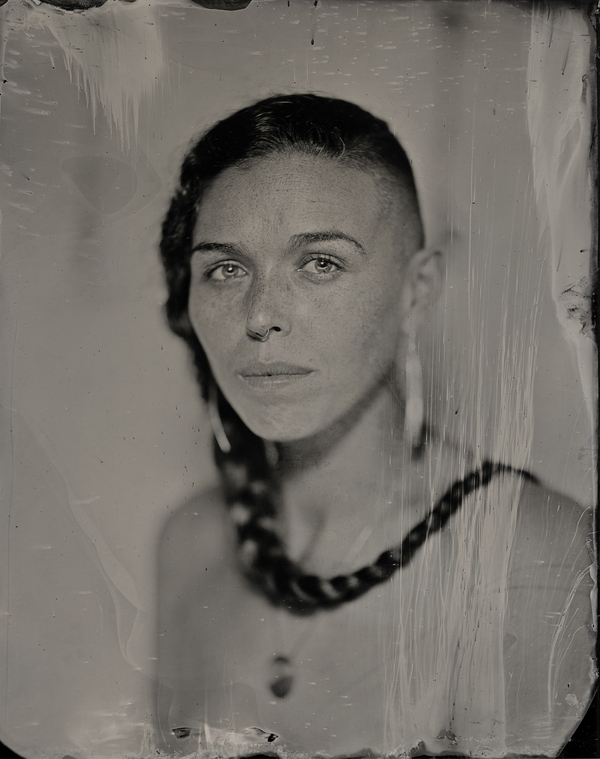 The work of Kali Spitzer (Kaska Dena & Jewish) embraces the stories of BIPOC, queer and trans people, creating representations that are self-determined. This traditional tintype photo of Larissa Lorraine Grieves (Nisga'a, Gitxsan, Cree, Blackfoot from the Pikuni Nation, Metis, Swedish, Irish and Scottish) was made in 2021. Photo: Kali Spitzer

The site's library of Native American photographers currently stands at more than 60, but Brings Plenty is hoping to expand. The goal is for Native photographers to tell their stories and showcase their work. "The library is 100% Native and all we ask is that they are dedicated to the craft of photography," Brings Plenty says.

The COVID-19 pandemic and its tragic effects on Native American tribes have brought on parallels to the plight Native Americans have faced since the days of the Mayflower. Death rates for Native American and Alaska Native people are more than double that of white people. Stacke says it has "highlighted how fiercely the keepers of knowledge need to be protected and why the commitment to preserving and recording stories is as urgent as ever." 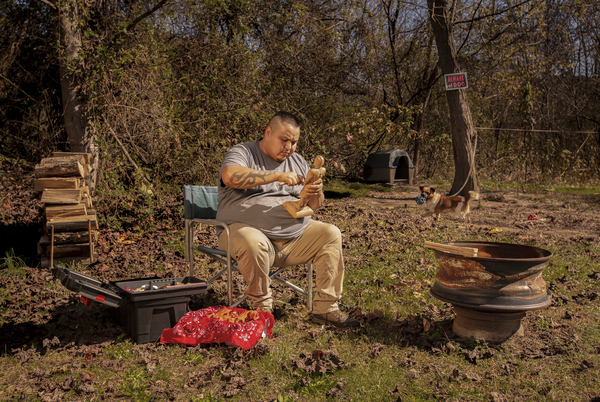 Madison Hye Long (Eastern Band of the Cherokee Indians) is a North Carolina-based photographer inspired by landscape artists and painters throughout history. From the series Contemporary Artisans Defining Cherokee Culture, this photo of Eastern Cherokee woodcarver Monk Walkingstick was made on the Qualla Boundary, home of the Eastern Cherokee, in the Great Smoky Mountains. Photo: Madison Hye Long 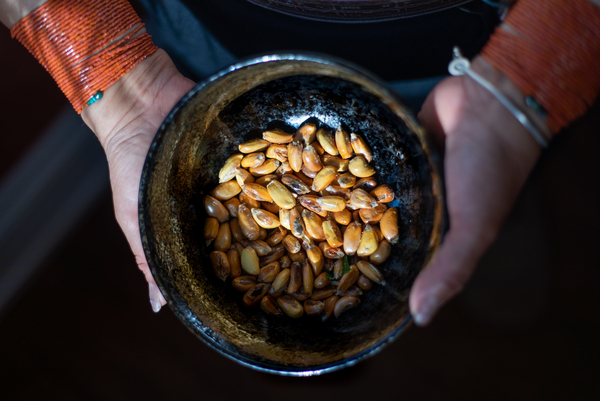 Eli Farinango is an award-winning Kichwa artist and photographer who was born in Quito, Ecuador, and raised in Ottawa, Canada. In the photo above, Virginia Anrango holds tostado she made for her daughters. "The tostado is a traditional food from Ecuador. With its simple preparation, its kernels transmit the memory of our ancestry no matter where we are," says Farinango. Photo: Elizabeth Farinango

Sheyahshe Littledave is a regionally known author/writer and enrolled member of the Eastern Band of Cherokee Indians. She is based on the Qualla Boundary in North Carolina.

To see the original story and read more arts reporting, follow this link to the MPR News website. https://www.mprnews.org/story/2021/06/06/npr-the-400-years-project-looks-at-native-american-identity...